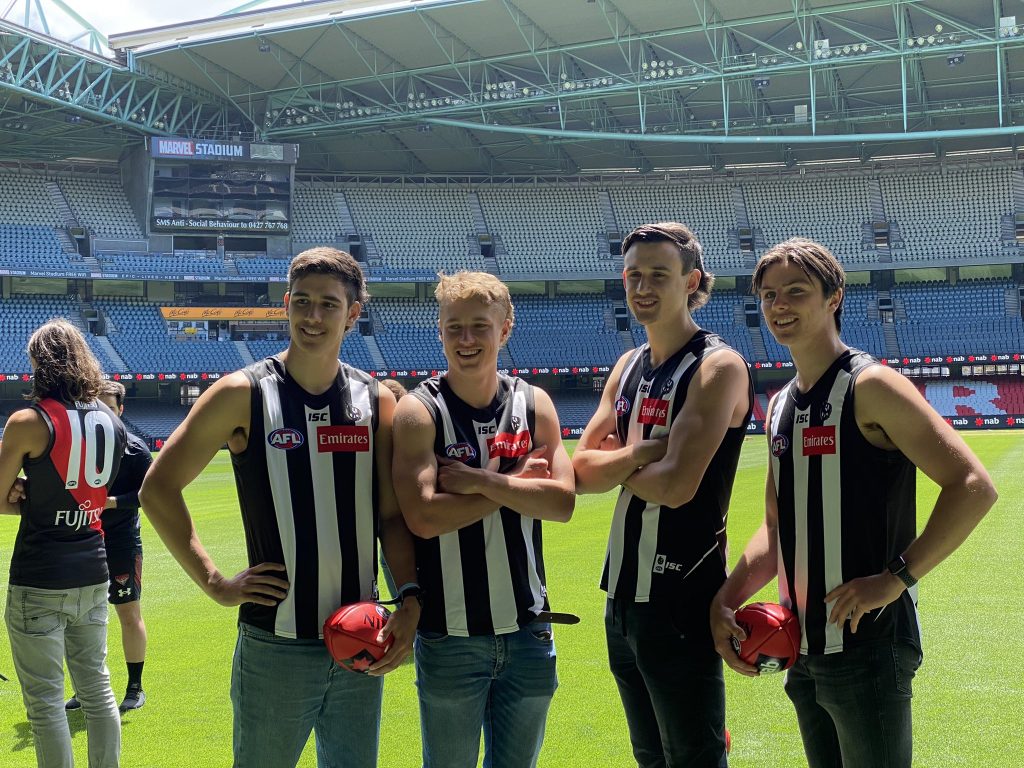 AHEAD of the 2021 AFL National Draft, we cast our eyes back 12 months ago to when the newest draftees had their names read out, and what they have accomplished since at the elite level. In the first piece of 2020 AFL Draft standouts (first chance at AFL level), we look at the bottom two sides this year in North Melbourne and Collingwood who blooded plenty of fresh faces.

North Melbourne might have finished on the bottom of the table, but the Roos showed some terrific signs in the second half of the season, starting some serious momentum and remaining competitive for large parts of games, as well as picking up some great wins. Top three pick Will Phillips ended up playing 14 games in season 2021, averaging 10.9 disposals, 2.2 marks, 1.4 clearances, 1.3 inside 50s and 2.3 tackles. Touted as a star of the future through his Oakleigh Chargers days, Phillips recorded a season-high 17 disposals against Geelong in Round 20, whilst his 15-disposal, three-mark and three-clearance game against Essendon in Round 18 was a highlight. In two of his three VFL games, Phillips collected more than 30 disposals and showed he was born to play at the elite level.

Arguably the Roos’ most outstanding first year talent came in Tom Powell with Pick 13, playing 13 games and averaging 16.7 disposals, 3.6 marks, 3.8 tackles, 1.7 clearances, 2.8 inside 50s and 1.4 rebound 50s. Amassing 25 disposals against Fremantle in a career-high effort, Powell easily adapted to the senior level for the blue and white stripes and had double-figure disposals in each of the games he played.

Charlie Lazzaro also became a regular feature of the Kangaroos’ outfit in 2021, playing the 10 games and averaging 9.6 disposals, 2.6 marks and 2.1 tackles. After starting as the medical sub on debut and only getting limited time, Lazzaro burst onto the scene with a 17 disposal game against Gold Coast the next week. He also had five inside 50s, four tackles, three marks, two clearances and two rebound 50s, showing off his high-running ability. After playing nine of a possible 10 games to start the season, Lazzaro only managed the one more – in Round 18 – where he was solid against the Bombers with another 12 touches and five marks. He stood out at VFL level, averaging 20.5 disposals and 7.0 tackles for the Roos.

Meanwhile exciting forward Eddie Ford played the last four games of the season, booting two goals and having three goal assists in the loss to Sydney, and showing some promising signs in the forward half. Phoenix Spicer made his debut in the final round, picking up seven disposals and two inside 50s, whilst rookie Patrick Walker is yet to make his debut.

Collingwood blooded a competition-high nine debutants in season 2021, which might have made the bitterness of a bottom two finish a little easier to take, with five of their eight selections from the 2020 AFL National and Rookie drafts making their debuts. Whilst Reef McInnes, Liam McMahon and Isaac Chugg did not end up making their debuts, the competition for Collingwood’s best first year player will be hot, given four of the five who did played nine or more games. Oliver Henry was the one who caught the eye most late in the season, regaining his place in the side for the Round 17 clash against Richmond after having only the three games under his belt prior. He kicked five goals over two rounds against Carlton and Port Adelaide, and whilst he only kicked two more for the rest of the season, he regained his place in the team, and showed greater confidence as the season went on to suggest he is a best 22 lock heading into 2022.

After spending time as either the medical sub or up forward, Pies fans were finally relieved to see Finlay Macrae spending time in the middle, standing out with a massive 21 disposals against Port Adelaide, and backed it up with another three 16-plus disposal games over the next three games before a surprising omission in Round 23. Showing some similar moves to his highly-decorated brother, Macrae is one who simply must play as many games as possible in the midfield next year. Caleb Poulter also spent time roaming around the ground, making the wing spot his own, as well as spending time forward, He got his chance in Round 7 against Gold Coast, and picked up double-digit disposals in his next seven games, including a massive 22-disposal and 12-mark effort against Port Adelaide. The former Woodville-West Torrens Eagles mid/forward looked the most readymade of all the Magpies.

Turning 20 in the 2021 season, Beau McCreery brought the heat and won plenty of fans inside 50 with his tackling pressure. In 12 games he averaged 3.6 tackles, but considering he was the sub in two games, it was not indicative of his overall effort. He laid five or more tackles in four games, including eight on debut against GWS GIANTS in Round 4 which immediately drew praise from fans and commentators alike. Talented forward Jack Ginnivan also grabbed his opportunity late in the season, coming in and playing the last five games of the year and slotting six goals, including three against Hawthorn. He had a season-high 12 touches against the Bombers in the final round, and took five marks and had four inside 50s working hard up the ground.