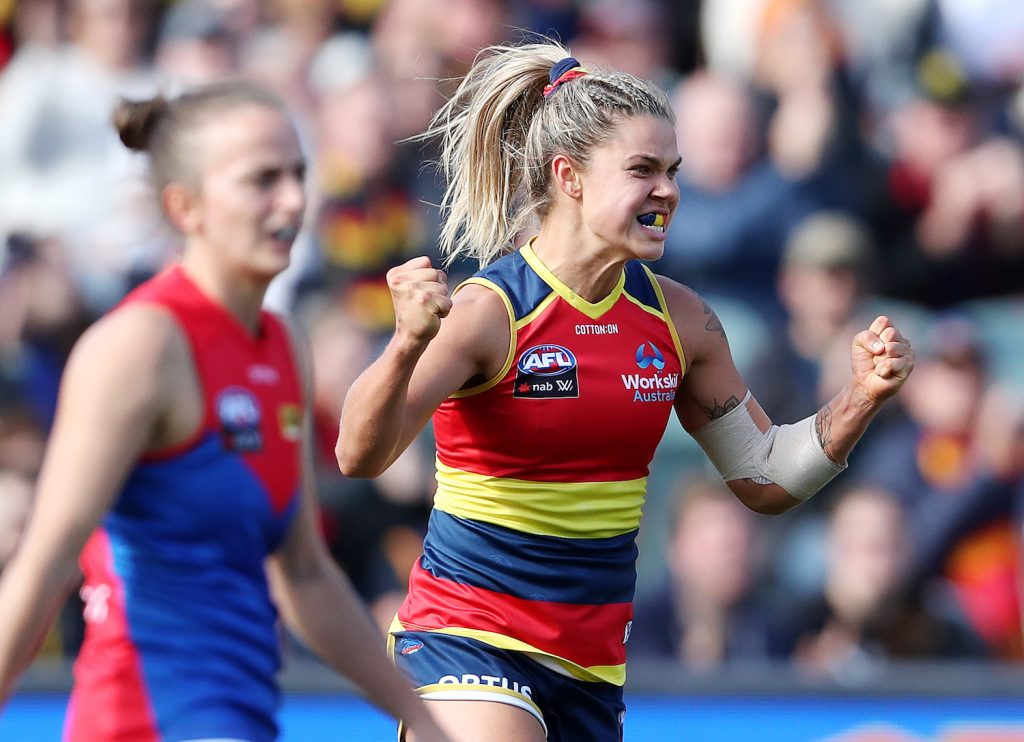 IN an early look at the upcoming AFL Women’s 2021-22 season, Draft Central checks out each of the 14 clubs over the next three weeks ahead of preseason commencing. Up first is Adelaide, the 2021 grand finalists set to be another contender in the new-look season.

Adelaide came agonisingly close to a remarkable third premiership, narrowly going down to Brisbane in the 2021 AFL Women’s Grand Final. The Crows were the most potent scoring team all year, and were able to pile on scores quickly in some big wins. From Round 1 through to Round 9, the Crows were in the top four spots all year, picking up three consecutive wins mid-season in their best run until winning the final two games of the season, grabbing top spot and then winning its semi-final against Melbourne to book their place in a home grand final. Whilst it did not go their way, the Crows were once again an entertaining team to watch.

The Crows did not need to make many changes to their list given the strength of it, with Chloe Scheer‘s defection to Geelong the biggest talking point coming into the off-season. The Crows will be without a trio of inactive players with Jessica Sedunary (cycling), Rhiannon Metcalfe (work) and Angela Foley (ACL), whilst Renee Forth was the club’s sole unforced cut. Going to the draft, they picked up AFL Women’s Academy ruck Zoe Prowse, as well as smooth moving half-back/wing Brooke Tonon and tough nut mid-forward Abbie Ballard to accompany a returning Jasmyn Hewett, and basketballer Jasmine Simmons.

Adelaide will once again be thereabout around the mark, with Scheer the key loss from the side that reached a grand final. The Crows have stocked up with some serious talent who all add something different, and it would be great to see all of Prowse, Tonon and Ballard getting their chance at some stage despite it being such a hard team to crack into. Expect them to be there at the pointy end again.