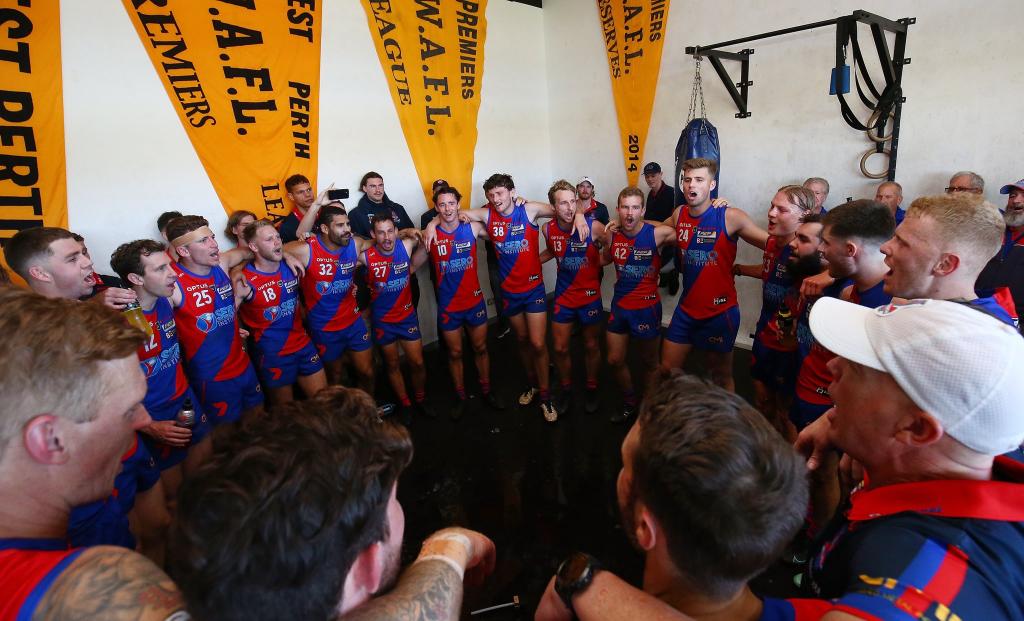 THERE will be potentially huge finals ramifications around the state leagues this weekend, as each regular season inches closer to closing. Tasmania hosts its final home-and-away round, while the shape of Western Australia’s top five remains up in the air with three weeks to play, and South Australia’s chasing pack puts it all on the line in a season-defining split round. We take you through all the key fixtures in our state league preview.

Round 18 of the SANFL League regular season will be split into two weeks, with the first pair of fixtures pegged for a Saturday afternoon double-header.

Port Adelaide’s finals hopes rest on this weekend’s result, as the Magpies take on fourth-ranked South Adelaide in Alberton. Currently two games off the top five with as many rounds left, it is essentially all or nothing for Port. John Butcher headlines the Magpies’ inclusions among a group of three, while South skipper Matthew Rose is among at least four Panther inclusions. Draft prospects Matthew Roberts comes out of the side, set to line up for St Peter’s in college football.

In the weekend’s other bout, Central District hosts Adelaide in a game where pride and consolation points are up for grabs. In their final home game for the season, the Bulldogs have been forced into two changes, with Travis Schiller among those named on an extended bench. The game also serves as an opportunity for Centrals to fittingly farewell long-time clubman and chief executive Kris Grant.

This weekend sees the final TSL home-and-away round take place on Saturday, as six of the league’s seven sides gear up for a triple-header. The finals standings are set, with the top three sides now looking to capture some ominous form with respective clashes against the bottom three.

North Launceston opens the weekend’s action against Glenorchy, looking it make it a run of four consecutive wins on the run-in to finals. The Northern Bombers are poised well in second spot having dropped just four games this season, and have comfortably had Glenorchy’s number in their two meetings thus far. Both sides have made two changes for the clash.

Wooden spooner North Hobart will be out to upset Clarence’s confidence on the eve of finals when they lock horns at North Hobart Oval. The Roos have won five of their last six games – a streak which began in Round 14 with a 55-point win over the Demons. Their Round 7 meeting was decided by a single point though, so the hosts will hope to bring a similar level of competition after picking up a win last week. They go in unchanged, while Sam Banks is among two outs for Clarence.

Minor premier Launceston will be looking to make a swift return to the winners list when Lauderdale rolls into town on Saturday. The Blues suffered just their second loss for the year in dramatic fashion during Round 20, but are safe in top spot. They’ve scored exactly 15.13 (103) in both meetings with Lauderdale this season, making for a combined 86-point margin of victory. There will be six changes for the hosts, while Lauderdale makes two for its final game.

West Australian football fans will be treated to three games this weekend, with two set for Saturday and one providing standalone entertainment on Sunday.

In a battle which will go a long way in deciding the best of the rest, sixth-ranked East Fremantle takes on seventh-placed side East Perth to open proceedings. The Sharks have welcomed back the likes of Blaine Boekhorst and Cameron Eardley among four ins, while the Royals have added three players to an extended interchange bench, as Bradley Fullgrabe slots in at full back.

AFL-aligned sides Peel Thunder and West Coast go head-to-head in Saturday’s other game, with both teams fighting to stay clear of the wooden spoon with win number five. Peel comes in fresh off a bye, while West Coast will field at least seven changes after last week’s loss.

Round 20’s final fixture sees finals contenders West Perth and South Fremantle thrown down, set to make major ramifications to the order of the top five. The Bulldogs could jump into top spot with a win, while the Falcons can draw level on points with South and Claremont should they nab the points. West Perth has added four players to an extended interchange, while South Fremantle looks to cut down its bench after a bye.