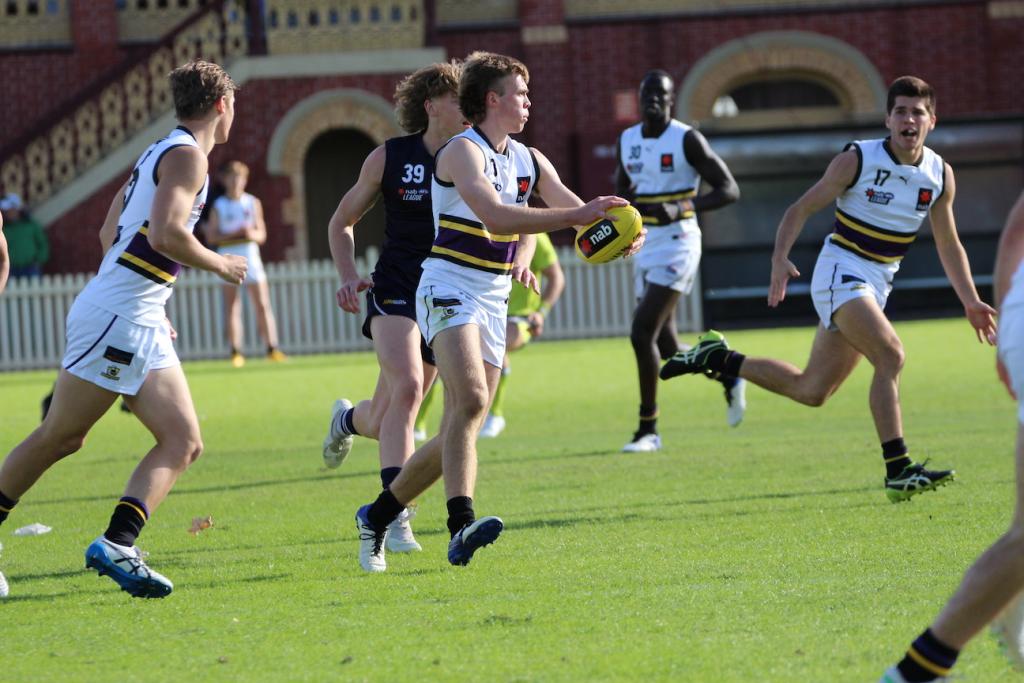 THE 2021 NAB League home-and-away rounds draw to a close on Saturday, with another two all-country clashes making up the extent of this weekend’s fixtures. A recent shake-up in the competition’s finals structure sees the 13 full-time teams split into conferences, and the country placings will now be finalised ahead of a three-week post-season.

Dandenong Stingrays and Tasmania Devils have been tagged onto the metro standings, leaving five country competitors. With that the case, Gippsland Power has the bye this round as Murray Bushrangers host Geelong Falcons in Wangaratta, while Greater Western Victoria (GWV) Rebels welcome Bendigo Pioneers to Ballarat.

Murray returns to the fold after missing out on last week’s action, but cannot improve its current ladder position (fourth), while Geelong will look for a sizeable percentage boost and heavy Bendigo loss to stand any hope of snatching second spot. The Falcons should come in full of confidence after an impressive win last time out, but have the lingering mental note of their 57-point loss to Murray all the way back in Round 3 (April).

While standout prospect Josh Rachele looks like being a key absentee along with Allies squad members Cameron McLeod, Charlie Byrne, and Toby Murray, the Bushrangers have a handy combination upon shuffling the magnets. Bottom-ager Oliver Hollands will start in midfield alongside Brisbane father-son candidate Noah Bradshaw and top-ager Kade Chalcraft, with Ryan Eyers looking to show his versatility as the starting ruck.

Vic Country representative Tom Brown has been named for his sixth outing and is one to watch off half-back, with his athleticism boding well for eye-catching intercept marks and plenty of dash on the rebound. There will be a couple of debutants in the mix too, as Max Beattie (forward pocket) and Tom Cappellari (wing) come into the starting line-up.

The Falcons look quite settled and rightly so after three wins in four games. They will again be without in-form forward Noah Gadsby, but boast a strong engine room. Mitch Knevitt leads the way in there and is a rising prospect, while bottom-ager Jhye Clark and speedy left-footer Cooper Whyte add some class and flair to the mix.

204cm ruck Toby Conway was a handy addition last week and worked well in tandem with Olivier Northam, who has shown plenty of promise post his Under 17 Vic Country outings. Up the other end, Oscar Morrison caught the eye last week and there should be plenty of outside run as Jai McGough returns and Noah Gribble remains. While there are plenty of draft eligible prospect to watch, the Hollands-Clark midfield battle should be an exciting one here.

Over at Mars Stadium, the GWV Rebels will hope for a swift return to the winners list as they host Bendigo in a meeting between the first and second ranked country sides. Both teams suffered losses last week but have shown terrific form at their best, with an even spread in each line-up and some emerging talent to monitor. In a rare instance for country regions this season, these two are yet to play each other in 2021.

The Rebels’ embarrassment of riches in midfield this time sees Sam Butler start on the bench as Nick Hodgson starts alongside mainstays Ben Hobbs and Sam Breuer. Smooth-moving top-ager Marcus Herbert is stationed on the wing, meaning Charlie Molan will likely continue his forward foray along with Fraser Marris. All nine of GWV’s Under 19 Vic Country representatives are available, including skipper Josh Rentsch (ruck). Elsewhere, Blake Scott is a handy addition this week.

Bendigo will be buoyed by the return of Cooper Hamilton, who pushes twin brother Hugh to the bench this week having snared a starting midfield spot. The agility and class of Oskar Faulkhead and Jack Hickman promises to compliment the pair’s grunt at centre bounces.

Having enjoyed a stint down back, top-ager Sam Conforti has this time been named forward alongside usual wingman Cooper Smith, with versatile talents Cobi Maxted, Ryan O’Keefe, and Caleb Ernst bringing plenty of heigh to the front six. A potential match-up to note is between a couple of 2005-born prospects in GWV defender George Stevens and Bendigo forward Harley Reid, who were under-age Vic Country Under 17 teammates this year.

Stay tuned to Draft Central next week, as we wrap up all the results and big performances with our weekly NAB League snapshot, Scouting Notes, Player of the Week, and more.