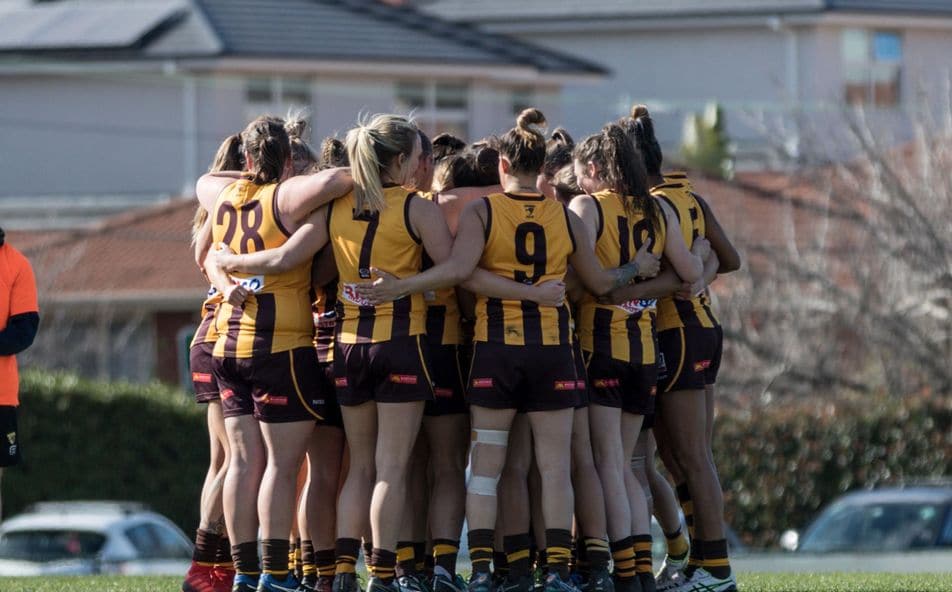 HAWTHORN will compete in the AFL Women’s for the first time in the 2022/23 season after their license was granted by the AFL.

They will join Port Adelaide, Sydney, and Essendon as the final four clubs to enter the AFLW for the start of season seven, meaning the now 18-club competition is in line with the men’s game.

Goddard is already a premiership coach with Adelaide in the inaugural women’s season in 2017, but as a passionate Hawks fan she cannot wait for this new opportunity.

“It’s an enormous honour, especially at the footy club that I grew up supporting… it’s a real honour to be part of something new that completes the whole family,” Goddard said

Hawthorn did not apply for a licence ahead of the 2017 season, and their bid was rejected as new clubs entered the competition in 2019 and 2020, but Goddard said last week’s news is something everyone at Hawthorn should be excited about.

“It doesn’t matter what gender diversity you are, as a fan of the Hawthorn Football Club now, you can support both teams, and have your passion for all parts of the year, not just for the part where the guys are in competition,” Goddard said.

“I look at my childhood growing up, I never had that vision of ‘oh one day I’ll be able to play for Hawthorn’, but now young people, no matter what their backgrounds are, can dream of playing football at their favourite football club like Hawthorn,” she said.

Another exciting aspect for Hawks supporters is the possibility of seeing the names of club legends running around in the brown and gold, with the addition of the women’s team opening the door for Hawthorn to select father-daughter prospects in future drafts.

The league has already seen some great stories with the likes of Tarni Brown and Alice Burke following in the footsteps of their legendary fathers Gavin and Nathan, but now Goddard said it is an exciting time for Hawthorn football families.

“It’s bloody amazing, isn’t it? That’s what I’m talking about. It’s the opportunity to go where your family is and be part of that family,” she said.

Goddard also said she has her eyes on any existing Hawthorn fans across the AFLW.

“Up until this point, daughters of Hawthorn greats were having to go to other footy clubs and some really big Hawthorn fans are currently playing at other clubs, and don’t worry I’m doing my research on them to see if we can get them over to the mighty Hawks,” she said.

The club’s licence is a huge step for Hawthorn who are already well invested in the growth of the women’s game after they were the first team to obtain a VFLW license in 2017, and develop talent pathways through a collaboration with the Eastern Football Netball League (EFNL)’s Eastern Region Girls competition.

In 2018, Hawthorn was the first to AFL club to acknowledge the need to pay players at VFLW level to ensure equity with the men’s VFL program. They also won the 2018 VFLW premiership.

“The club’s vision for the future is clear, to create a club that is successful, sustainable, socially inclusive and equally focused on both men’s and women’s programs,” he said via the AFLW website.

While it is an exciting new chapter for the club, they still have one more year in the VFLW to prepare for their first season at the top level.

Goddard will not be leading the team in next season’s VFLW due to work commitments, however she said she will be heavily involved in the club’s program for next season.

“We want to take the program to some different levels in terms of personnel and looking at who in that side [VFLW team] is actually good enough to play at the standard of AFLW,” Goddard said.

“We’ll be trying out some different ball movement and things like that which could stand the rigours of AFLW, so there will definitely be some changes made.

“We’re very grateful to the players who have contributed over the last few years at Hawthorn in the VFLW program, and now it will be a real test of who wants to go to the next level.”

Hawthorn will certainly enter their first season looking to make their mark on the league, and with the leadership of a great coach and the support of thousands of fans in the stands, anything is possible for this club.