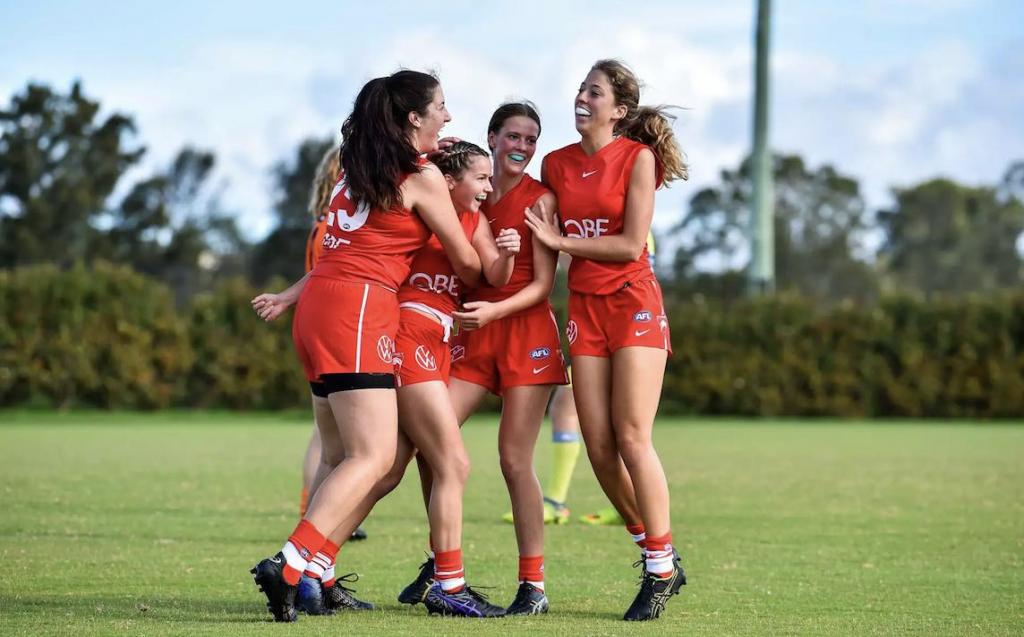 Whilst the makeup of lists and how much compensation the expansion clubs will get is unknown, we take a look at it from a broader sense and who might be some names to remember. The series concludes with Sydney, a side that broke barriers last season to play its first NAB League Girls game – and win – allowing a number of future AFL Women’s talents to showcase their ability for when the Swans’ expansion side comes in.

Sydney’s list makeup will likely be the toughest to determine, as the Swans have some quality youngsters going about, but the main league in Sydney – the Women’s Premier League  – whilst having some AFLW experienced talent, do not have the same volume of elite-level players as other states. This means from an experience point of view, the Swans will need to attract players from other states – as well as convince some GWS GIANTS to come across the the Harbour City and pull on the red and white in the inaugural year.

One of those GIANTS high on the Swans list would be Academy captain Jess Doyle, who came through the Sydney Academy, though as a draft-eligible player this year, was picked up by the GIANTS in the most recent draft. A silky forward-midfielder, the young gun had a huge season and would no doubt be one that the red and white would so dearly love to have back in their colours for the 2022-23 season. Talented forward Georgie Fowler was the other Academy member to be picked up, having impressed as a lead-up forward in the AFL Sydney competition this year and landing at the GIANTS. Of the other Swans Academy players who impressed, Maddy Hendrie, April Devine and Isadora McLeay are all versatile tall talents that could be looked at, with Danika Spamer, Ella Heads and Ruby Sargent-Wilson among the others to show off what they have at Academy level.

Among those future names to keep an eye on, the father-daughter potential selections of Tallulah and Memphys Kirk have been front and centre around promoting the AFLW bid. The Kirk twins hope to follow in the footsteps of their father Brett, a 241-game Swans champion and premiership player. Southern Power player Kiara Beesley earned an AFLW Draft Combine invite in 2020, and whilst she ultimately missed out on being selected, could be another Academy member close to making the step up, while Hannah Cerezo is a late developer to the code and impressed in the Academy games.

Overall the Swans have some developing talents, and as shown by their upset of NAB League Girls grand finalists Geelong Falcons, are a well-coached and well-drilled unit despite having less exposure to high-level underage football compared to their opponents. Next year will be a big year for the club in the female football space, as they go to work to try and attract current and mature-age talent to join the junior ones coming through the Academy.