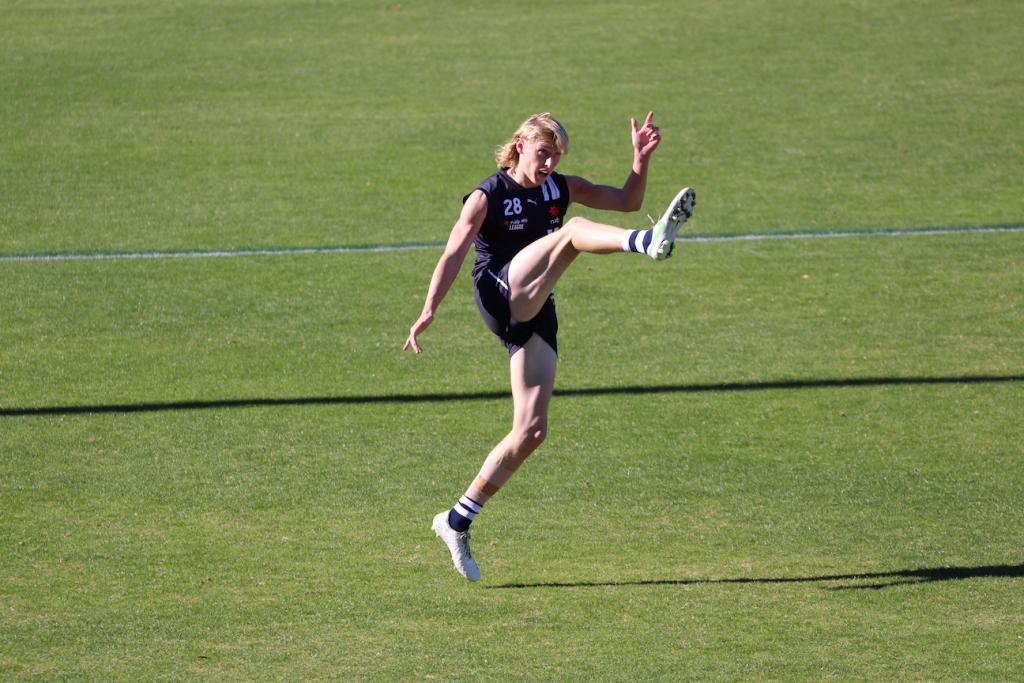 GEELONG Falcons midfielder Mitch Knevitt is the Draft Central NAB League Player of the Week for Round 16. The 18-year-old midfielder amassed 36 disposals, 10 marks, three tackles, eight inside 50s and a goal in his side’s impressive 38-point road win against Bendigo Pioneers on Sunday.

With the competition returning from another period of lockdown, Knevitt proved he hadn’t missed a beat and continued his ominous form. The big-bodied ball winner has been building into top 25 calculations; averaging 30 disposals, six marks, seven tackles, and six inside 50s across his last three NAB League outings, while also turning out for Vic Country last month.

He boasts a desirable set of skills at 193cm, with formidable size and contested ball winning ability to go with eye-catching athletic traits and a knack for taking strong overhead marks. Identified by his Falcons teammates as one to watch during pre-season, with another big performance he is truly living up to the billing.

Knevitt becomes the eighth 2003-born talent to earn Player of the Week honours in 2021, joining fellow Vic Country representatives Connor Macdonald, Ben Hobbs, and Josh Rachele on the list. He is the first Geelong Falcons prospect to feature this season, and should have plenty more opportunities to shine should fixtures remain undisrupted.