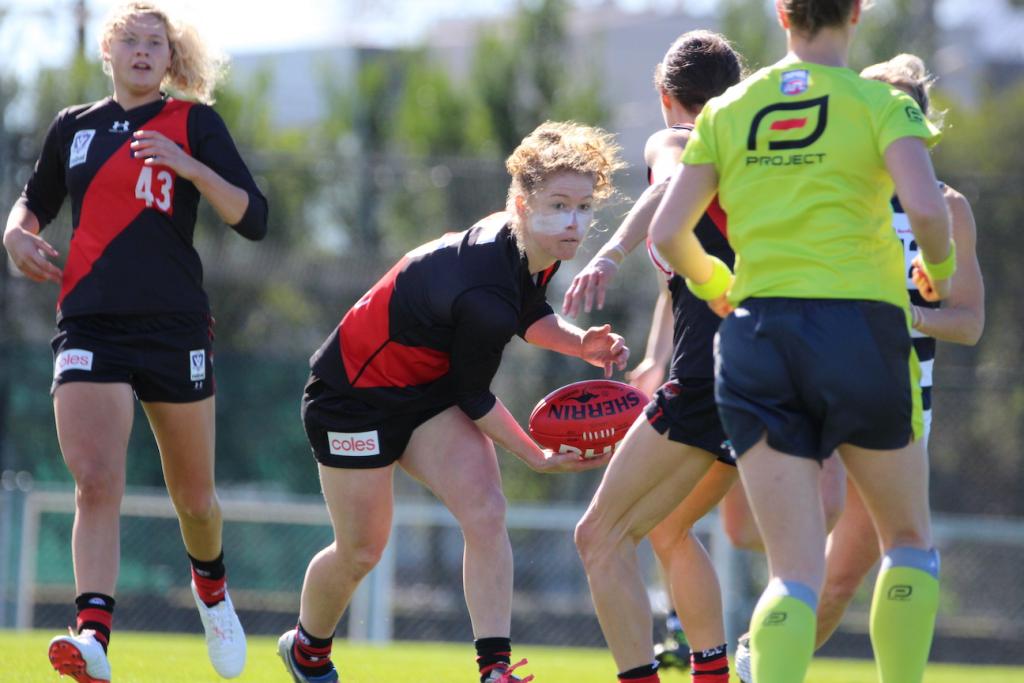 Whilst the makeup of lists and how much compensation the expansion clubs will get is unknown, we take a look at it from a broader sense and who might be some names to remember. The series begins with Essendon, a team that reached the preliminary final of the Victorian Football League (VFL) Women’s competition and have some great state league players to pick from.

The worst kept secret for the red and black sash when it comes to pre-listing players is current VFL Women’s captain Georgia Nanscawen. The readymade star already has AFL Women’s experience with North Melbourne, and being an elite athlete and professional, Nanscawen is anticipated to get a second crack at the top level, and will be able to gel a group likely made up of young talents entering the system for the first time.

There is no doubt some St Kilda and Carlton fans have been a little nervous with Essendon’s entry given the close ties that Georgia Patrikios and Madison Prespakis have to the club, and whilst there is still a season in between, it would be surprising for the Bombers not to ask the question about bringing that kind of talent into the club. They could immediately have an elite readymade midfield, though there are still those at VFL Women’s level

Alana Barba would be the next choice currently in the red and black behind Nanscawen, with the former Calder Cannons talent always thereabouts for AFLW Draft contention, and would be a prime candidate to don the sash at the elite level. Providing a one-two punch with Nanscawen would give the Bombers plenty of toughness around the ball, but Barba can also go forward and hit the scoreboard.

Courtney Ugle has plenty of class and speed to boot, which gives her a nice point of difference from the Bombers group, and she can play in multiple position as well. Winning the third most disposals behind the aforementioned Nanscawen and Barba, Ugle just makes sense, and she will still only be 26-years-old by the start of the 2022-23 season.

Eloise Ashley-Cooper rounds out a strong core midfield if the former Murray Bushrangers talent gets a call-up, providing good run and carry down the ground, capable of dropping back to help out the defence, or pushing the ball forward and sending it inside 50. She is a readymade talent who could match it with the experienced players now she has had some great form at VFLW level.

Some other names to remember from the red and black VFL Women’s program include ex-Collingwood player and Canadian talent Kendra Heil, as well as defenders Eloise Gardner and Alex Morcom. In the front half, Marianna Anthony became a staple through the middle, whilst Mia-Rae Clifford is a monty to get a fourth chance at AFLW level if the veteran – 36-years-old by the time the 2022 season roles around – chooses so. She is still a damaging forward and one capable of being a source of goals at the top level.

Along with ruck Simone Nalder, midfielder Elisabeth Hosking and Calder Cannons graduates Tamsin Crook, Kasey Lennox and Neve Crowley, the Bombers have a plethora of state league talents to look at, and could upgrade a number of them to the next level. Many will look in anticipation at the Bombers to see what their list shapes like in 12 months time, but one thing is for sure, they will not be short on internal talent.