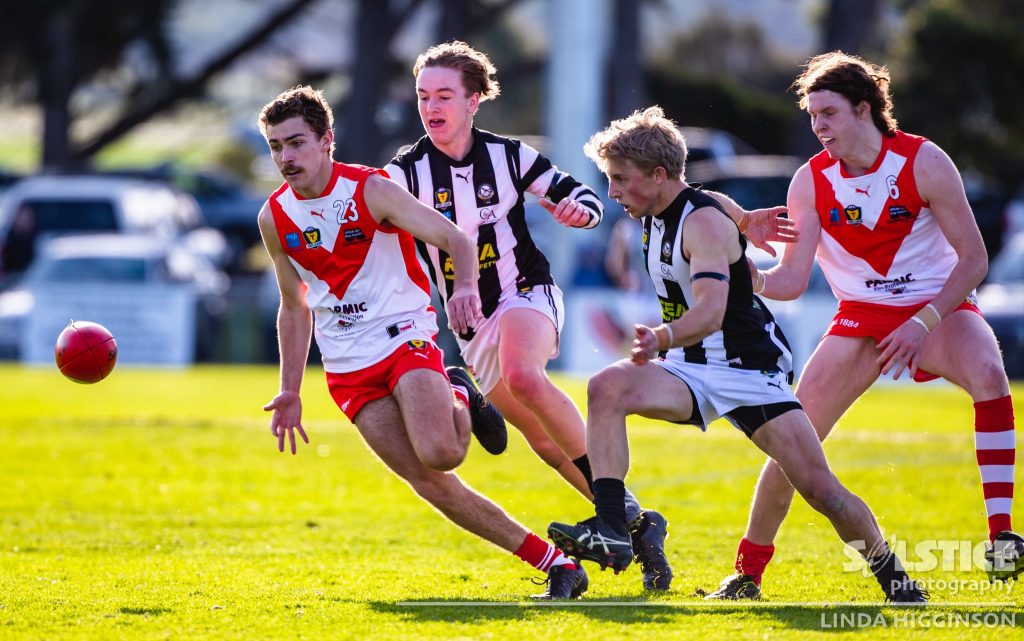 FINALS time is fast-approaching in state leagues around the nation, with two minor premiers already crowned and plenty to play for as sides scrap for ascendancy. The VFL remains on the back-burner but will advance swiftly into finals upon its imminent return, with less than a month left until fans are finally treated to post-season action in every state league.

Norwood currently holds the place and hosts the last-placed West Adelaide on Friday night, but will be without former Hawthorn forward Paul Puopolo for 4-6 weeks. The Redlegs also lose youngster Xavier Tranfa to suspension, with five players included on an extended bench. Meanwhile, Elliot Dunkin (knee) is a key out for Westies, who are set to make at least three changes.

The sixth and seventh placed sides, Sturt and Port Adelaide, lock horns with their respective finals hopes on the line come Saturday afternoon. The Double Blues will be without bigman Joshua Patullo (shoulder), bringing in Lachlan Burrows among a potential four inclusions. Port is poised to make at least three changes and there should be some familiar faces in the lineup, including Sturt product Jed McEntee, who was taken by Port in this year’s mid-season draft.

The story of the weekend for keen draft watchers comes as South Adelaide takes on North Adelaide, with first round Panther prospects Jason Horne-Francis, Matthew Roberts, and Arlo Draper named. The latter makes his League debut after returning from injury alongside Roberts via the Reserves last week, while Horne-Francis is in hot form after his 22 touches and three goals in Round 16. Matthew Rose looms as another handy addition, and the Rooster have named one themselves in Billy Hartung as Robbie Young goes the other way due to personal reasons.

Elsewhere, Woodville-West Torrens is set to celebrate the milestones of Angus Poole (150 games) and Ethan Haylock (50) in its clash with Adelaide, while Brad Agnew also hits the 150-game mark as minor premier Glenelg clashes with Central District. Bays skipper Chris Curran is a handy addition to the lineup after missing last week as a late out.

The penultimate TSL regular season round for 2021 takes place on Saturday, with a usual set of three fixtures seeing the top four sides and bottom two teams play off against each other.

Confirmed wooden spooner North Hobart opens the Round 20 proceedings against Glenorchy, travelling to take on the Magpies after last week’s dramatic two-point loss. Glenorchy was thumped by minor premier Launceston on the same day, so will be out to restore some pride before season’s end. Both sides have made two changes this week, with plenty of youth among the Demons’ squad as usual.

Clarence faces the competition’s toughest test in its pursuit of third spot, as it hosts the league leading Launceston at Bellerive Oval. Having narrowly lost out against Tigers last week, the Roos should be hungry against a Blues line-up which rightly oozes confidence. Tasmania Devils swingman Zach Morris has been named at full forward after his nine-goal haul in Round 19, while NAB League teammates Sam Banks, Darcy Gardner, and Tom McCallum feature among Clarence’s young brigade.

Fresh off a bye, North Launceston faces some solid competition on the eve of finals in the form of Tigers. The Northern Bombers are set to field five changes, while Tigers come in unchanged after edging Clarence last week. A win could be crucial for Tigers in their quest to hold onto third spot, while North Launceston is all-but confirmed to finish in second at two games and sizeable percentage in front of its weekend opponent.

Round 19 of the 2021 WAFL League season sees a quartet of top half teams take on bottom half opponents across four fixtures, with three taking place on Saturday and one on Sunday. Meanwhile, South Fremantle and Peel Thunder are the sides with byes this week.

League leader Subiaco can end effectively East Fremantle’s finals hopes when the two sides face off in Round 18. The Sharks have named bigman Hugh Dixon among four possible changes, while Leigh Kitchin comes out of the Lions’ side with one of five players added to an extended interchange set to replace him.

It’s crunch time for East Perth as the Royals travel to face Swan Districts with their finals hopes hanging by a thread. Colts standout Kade Dittmar is in line for his League debut as Jackson Ramsay is one of two Royals to come out of the side. Lewis Jetta will miss for the Black Ducks, who will look to break their current win-for-loss trend.

Claremont could jump into second spot with a sizeable percentage boost against the ninth-ranked Perth, but come in off consecutive losses. Kane Mitchell is among three outs for the Tigers, who will have to narrow down an eight-man interchange. The Demons will make two changes in its pursuit of snapping an eight-game losing streak, with their last win coming all the way back in May.

Sunday’s standalone fixture sees West Perth play host to West Coast, with the Falcons looking to consolidate their top five standing and potentially even move up to third. Koopah Todd has been named for his League debut among four changes for West Perth, with Matty Lloyd (ankle) forced out this week. The Eagles, who have won three of their last five games despite sitting last, will again have a promising mix of senior-listed players to call upon.