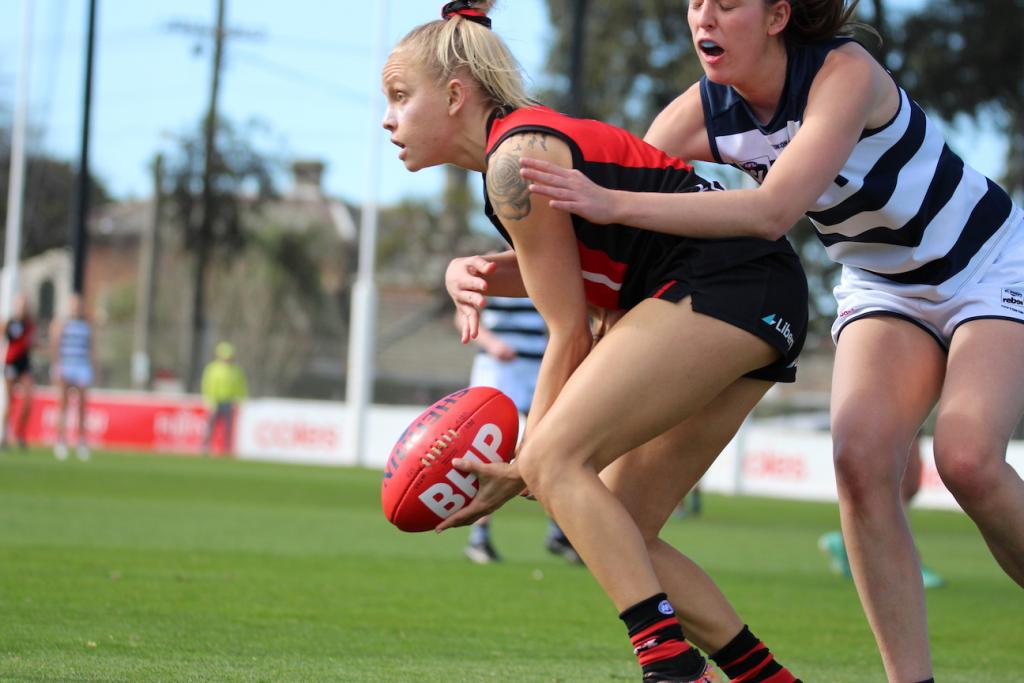 IN summarising the 2021 Victorian Football League Women’s (VFLW) season, Draft Central will run through a team-by-team review of how each of the sides fared, and who some of the standout VFLW-listed performers throughout the clubs were. The next team in the firing line is Essendon.

Season in a Sentence: “Essendon was essentially a half of footy away from competing in this year’s grand final, capping a terrific maiden finals campaign as the competition’s best pure standalone side.”

A young gun who continues to stake her claim for higher honours, Barba stamped herself as a key cog in Essendon’s midfield-forward rotation. The 19-year-old is a hard-working team player and contributed going both ways with averages of 16.5 disposals and 7.3 tackles while also snaring 11 goals.

A player who was part of the Bombers’ leadership group and brings AFLW experience, Clifford made an impact with each touch up forward. She finished as her side’s leading goalkicker (16) and played every game, proving a consistent scoring threat who made things happen inside attacking 50.

The Bombers’ most outstanding and consistent player, Nanscawen hit new heights in 2021 as a standard-setting skipper. The former Hockeyroo averaged 23.5 disposals, 10.5 marks, and 6.2 clearances across 15 games, leading her side to a historic finals berth.

A veteran of the Bombers’ VFLW set-up, Ugle was another who featured in every game this season and brought even more strength to the engine room. The vice-captain averaged 14.2 disposals, 4.6 tackles, and 2.8 clearances in 2021 as an integral leader of the overall group.

While Essendon is set to enter the AFLW in 2022/23 and thus gain alignment to its VFLW program, there were still a couple of top level players who returned to don the sash. Gold Coast’s Lauren Ahrens was terrific across her handful of games, while Brisbane’s Ruby Svarc turned out nine times in red and black. There were also six recent AFLW draftees who were part of the Bombers’ ranks in 2021, in Georgie Prespakis, Zali Friswell, Emelia Yassir, Tara Slender, Elizabeth Snell, and Tahlia Gillard.

As a settled and established VFLW outfit, the Bombers had a great team spread throughout 2021. Cecilia McIntosh and Kendra Heil were both reliable down back, while the likes of Alex Morcom, Natalie McDonald, Jesse Davies, and Eloise Ashley-Cooper were among the list of eight players to feature in all 17 games. Elsewhere, ruck Simone Nalder had a strong campaign, as did Federica Frew up forward.