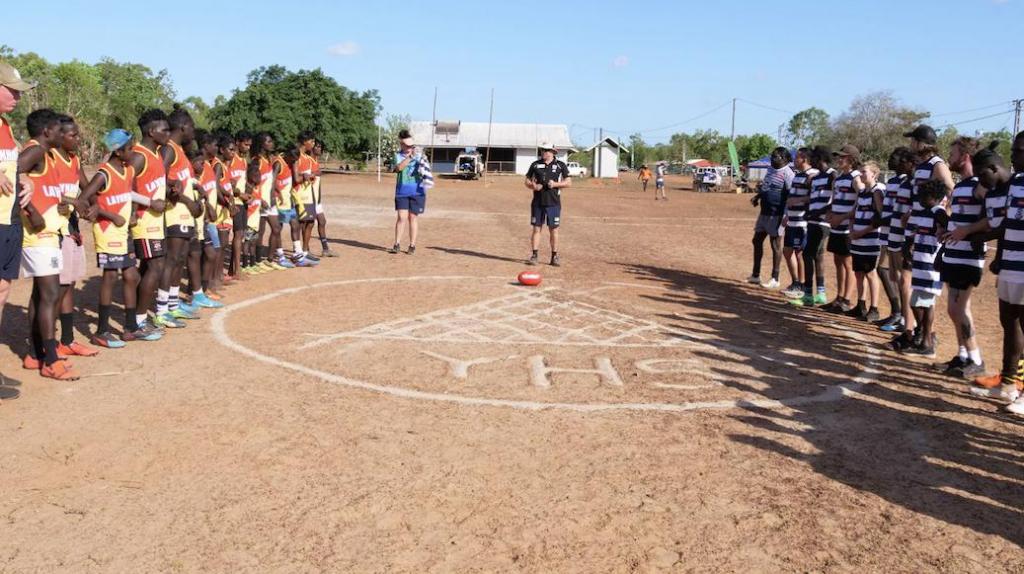 A NEW initiative aimed at providing healthy living programs to a remote area of the Northern Territory is set to be implemented later this year and the project organisers need your help.

The SEDA Group, which is an applied learning education provider that prides itself on being committed to changing the lives of young people through individual learning and industry experience are looking to use sports such as Australian rules to engage with often isolated communities.

The most recent project is aiming to provide primary-aged students in Nhulunbuy, 600km east of Darwin, with the tools to live a healthy lifestyle. Through the power of sport and delivering healthy living programs, the SEDA group will provide the children in Nhulunbuy with “interactive and engaging” sessions  that focus on a number of key areas.

The seven-day program will include topics such as the importance of healthy eating, water consumption, physical activity, screen time and sleep to the primary school students. Nhulunbuy had just 3240 residents as of the 2016 census, with the small town located in East Arnhem Land, the traditional home of the Yolngu people.

Project Manager of the SEDA initiative Marcus Hanlon said the work the SEDA group did was vital to provide the young minds in rural towns with the same opportunities as those in larger cities.

“It is incredibly important that remote communities across Australia, such as Nhulunbuy, are able to have the same opportunities as cities and towns across Australia,” he said. “Our overall aim is to get important education themes across in a way that will produce the most impactful and engaging, life changing messages.”

The SEDA Group has run Major Projects not only across remote parts of Australia such as in the Northern Territory and Western Australia, but having an impact on a global scale in countries such as New Zealand and Malaysia.

In order to cover costs to provide the important major project later this year, SEDA has two raffles running concurrently.

Firstly, the group has teamed up with Geelong Cats to organise a raffle with memorabilia from both the men’s and women’s teams. The raffle, which will close at the end of August, has a first place prize of a 2020 AFLM Geelong team photo, and second place price of a 2021 AFLW Geelong guernsey, both of which have been signed by the entire team lists. For more information on the raffle, click on this link or head to the Facebook page.

Secondly, there is a unique artwork from the Yirrkala Art Centre in East Arnhem Land. Created by Manini Gumana named ‘Garrapara’, the artwork describes a coastal headland and bay area within Blue Mud Bay. For more information on this raffle, click this link.

All funds from the raffle will be put into the logistical needs for the major project.