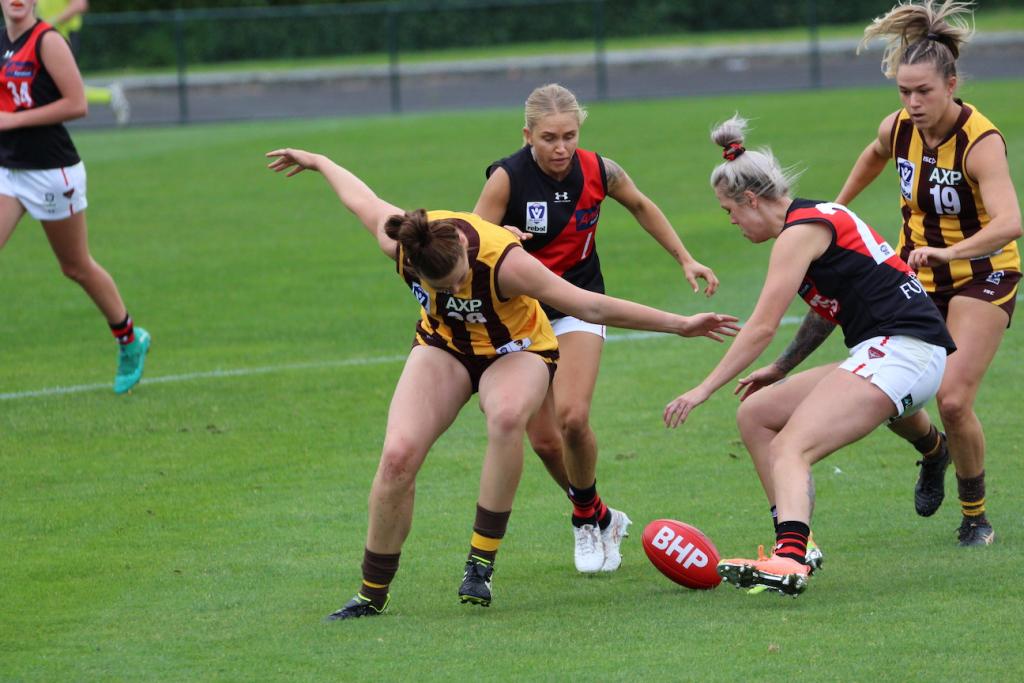 ALL 18 clubs will have a men’s and women’s side at the elite level within 12 months after the AFL announced the AFL Women’s expansion plans for the 2022-23 season. After initially starting with eight clubs, expanding to 12 and then 14, the AFL Women’s will now have all 18 sides competing for premiership points in just over 12 months time. AFL Chief Executive Gillon McLachlan made the announcement today which officially signed off the entry of Essendon, Hawthorn, Port Adelaide and Sydney into the AFL Women’s.

McLachlan said the day was a “defining day” in the history of Australian rules football, accepting all four teams into the competition after they met key factors including resourcing, facilities, list strategies, building the fan base, corporate support and investment into their AFLW program.

“To accelerate the growth of the NAB AFLW Competition and to allow for greater opportunities for AFLW players, it is paramount that we engage all 18 AFL clubs and their supporter bases,” Mr McLachlan said.

“The decision to expand the competition again, after the AFLW was expanded from eight teams to 10 teams in 2019 and then to 14 teams in 2020, comes as the number of women and girls playing football has grown to more than 600,000 nationally.

“With an additional four clubs entering the NAB AFL Women’s Competition in Season Seven, we will grow to 540 AFLW players across all 18 clubs, the largest employer of female athletes in the country, presenting further opportunities for women and girls involved in women’s football pathways, from NAB AFL Auskick to the elite competition.”

Whilst AFL General Manager of Women’s Football Nicole Livingstone was absent for the press conference due to being in transit returning from the Tokyo Olympics, she wrote that it was a great day for women’s football.

“Our primary objective is to provide women and girls with an equal opportunity to play elite Australian Football and to increase the female participation and interest in our game,” she said.

“Through the growth of the NAB AFL Women’s Competition over the past five years, we have seen more women and girls picking up a footy across all levels of our game, and we can’t wait to build on that momentum with a new cohort of AFLW fans in Season Seven.

“As we welcome four new clubs to the Competition, we will continue to work with the AFLW players, the AFLPA and the clubs over the coming years to make AFLW the sport of choice for women and create legitimate career opportunities for women within our game.”

Any further details on list numbers or fixture structures are yet to be addressed other than confirming that 18 teams will compete for the 2022-23 AFLW flag.

The AFL Women’s competition was founded in 2017 with eight clubs: Adelaide, Brisbane, Carlton, Collingwood, Fremantle, GWS GIANTS, Melbourne and Western Bulldogs. They were joined in 2019 by Geelong and North Melbourne, with a larger four-team expansion of Gold Coast, North Melbourne, Richmond, St Kilda and West Coast prior to the 2020 season. By the time the final four clubs enter the competition, a further three seasons will have been completed, and six all up, showing the impressive rapid development of the league into a true elite level competition.

While plenty more information is to come in the future, McLachlan said the announcement was a way of completing the competition to match that of its AFL men’s league.