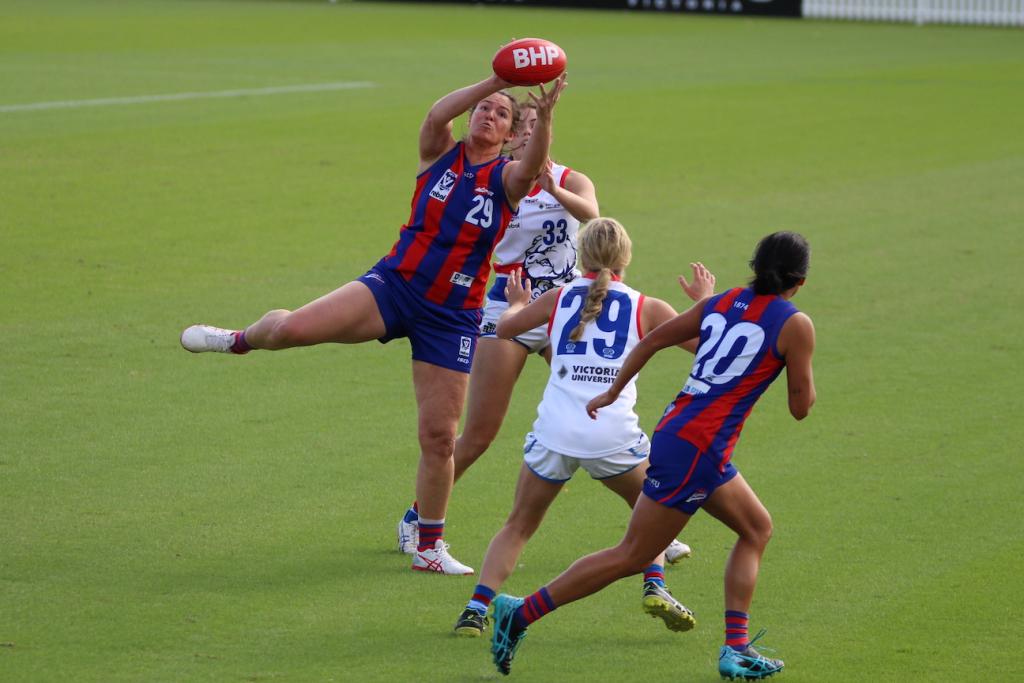 IN summarising the 2021 Victorian Football League Women’s (VFLW) season, Draft Central will run through a team-by-team review of how each of the sides fared, and who some of the standout VFLW-listed performers throughout the clubs were. The next team in the firing line is Port Melbourne.

Season in a Sentence: “The Borough’s maiden VFLW campaign started like a house on fire with seven-straight wins, culminating in a terrific regular season and finals qualification.”

Fresh out of the Oakleigh Chargers NAB League program, Barton slotted comfortably into Port Melbourne’s defence and became an important member of the side throughout her 11 appearances. The 20-year-old averaged 12.3 disposals and 2.9 rebound 50s in a solid 2021 campaign, often standing up under immense pressure.

One of the league’s most punishing and prolific tacklers, Bromage averaged 9.5 across 15 outings in 2021 – laying as many as 14 on two occasions and no less than five. She was one of just three Borough players to have featured in all 15 games, and found a good amount of her own ball as she set the tone where it mattered most.

Dyett found a home on the wing for Port Melbourne and made it her own with terrific two-way running. A noted team player who gave her all across 14 appearances in 2021, the 23-year-old averaged 11.7 disposals and 4.4 tackles per game while also snaring a handful of goals spread individually across the season.

Kuys was the Borough’s big coup for their maiden VFLW season and an outstanding candidate for captaincy, a role which she carried with class. The former Collingwood and St Kilda-listed midfielder proved reliable in 2021 across all 15 games, averaging 14.3 disposals and a tick over three clearances as a key driver out of the engine room.

Another who thrived in her first year out of the NAB League, Locke transitioned to somewhat of a new role up forward and was incredibly effective. While injury halted her early run of form, the 20-year-old still turned out 12 times for the Borough and booted 13 goals, including two hauls of three. She earned an AFLW Draft Combine invite for her exploits.

Holly Bailey was the third Borough player alongside Kuys and Bromage to feature in every game, averaging just under 10 touches per game. Ruck Abbey Tanner was part of the leadership group and played her role well, while Philippa Peschke proved another strong contributor. Recent AFLW draftees Aurora Smith, Ashleigh Richards, Brooke Vickers, and Amanda Ling also gained good experience at the level in 2021.