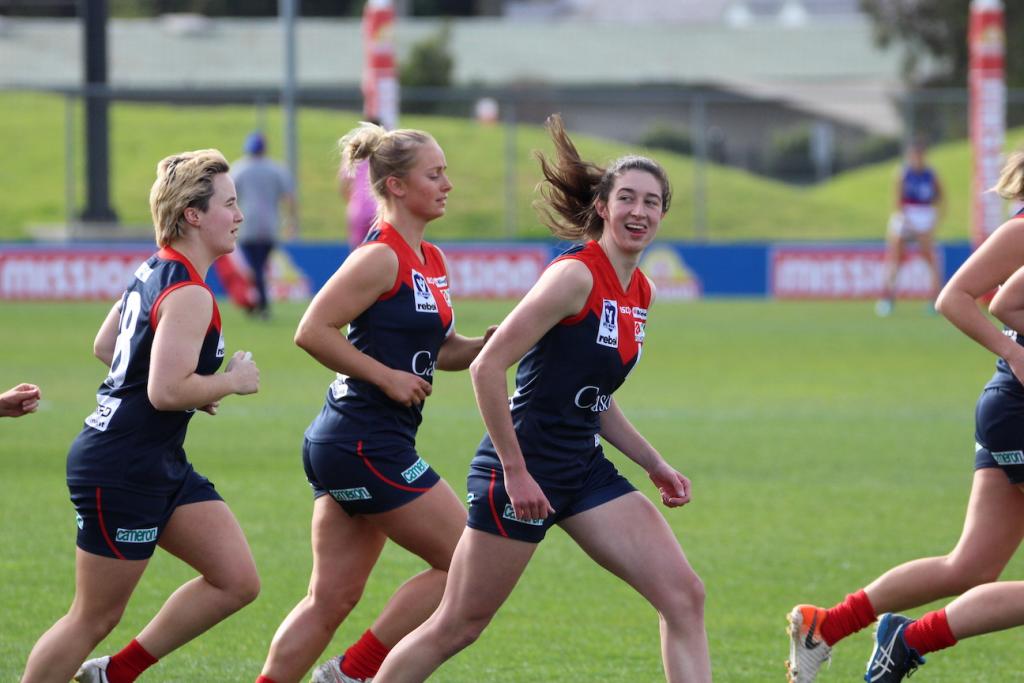 IN summarising the 2021 Victorian Football League Women’s (VFLW) season, Draft Central will run through a team-by-team review of how each of the sides fared, and who some of the standout VFLW-listed performers throughout the clubs were. The next team in the firing line is Casey Demons.

Season in a Sentence: “A team which could turn it on and compete with any other side on their day, the Casey Demons loomed as a dangerous finals proposition but narrowly bowed out in week one.”

The skipper was a big coup for the Demons in 2021 having joined after a one-year stint with St Kilda’s AFLW side, proving a natural leader with her presence and experience. Averaging 12.4 disposals and 5.6 tackles across her 14 games, Johnson helped set the tone for Casey at the source and was among her side’s best most weeks.

A player who others can rely on, Macdonald was another terrific addition for the Demons’ midfield mix. Her toughness and hard tackling pressure gave Casey another dimension of physicality around the ball, and she was durable enough to play all 15 games this season. She averaged 12.3 disposals, 5.6 tackles and 2.5 inside 50s across those outings, proving quite productive in the process.

One of the multiple Casey products to have recently landed an AFLW berth, Milford did so upon becoming one of the VFLW’s most prolific goalkickers. She came second in this year’s overall tally with 19 goals in 15 games and was a great fit for Carlton’s senior side come draft time. While able to impact around the big sticks, Milford is a mobile type of tall forward who can work up the ground and bring some dynamism to the attack.

Another Demon who now finds herself among the AFLW ranks, West was arguably Casey’s most consistent, reliable, and best player in 2021. She remains a Demon having been elevated by Melbourne, and it was no surprise after she put up averages of 22.3 disposals, five tackles, five clearances, and a goal every other game. She got it done week after week in midfield and proved undeniable in the end.

Megan Fitzsimon and Mietta Kendall were among the young, senior-listed Demons to have made double-digit appearances in the reserves, though Kendall has since been delisted. The likes of Eliza McNamara, Alyssa Bannan, and Eden Zanker impacted late in the season after impressive top flight campaigns, while fellow prospects Brenna Tarrant and Maggie Caris also enjoyed strong stints at the level.

Casey was quite a strong side across the board in terms of VFLW-listed contributors, serviced well by the likes of Shree Fairchild and Emma Horne – who both played all 15 games. Ally Kirkwood and Ali Brown brought strong presence to the team, with Brown another who has jumped (back) up to the elite level. Vice-captain Grace Buchan was also solid across her nine outings, averaging over 12 touches.