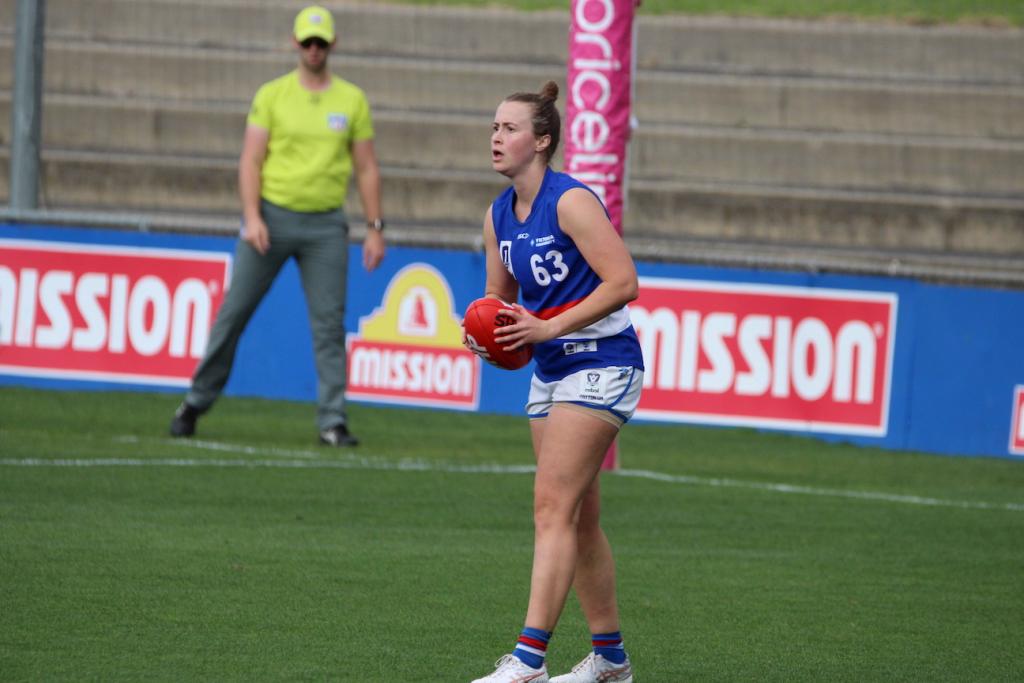 IN summarising the 2021 Victorian Football League Women’s (VFLW) season, Draft Central will run through a team-by-team review of how each of the sides fared, and who some of the standout VFLW-listed performers throughout the clubs were. The next team in the firing line is Western Bulldogs.

Season in a Sentence: “In a somewhat Jekyll and Hyde season, the Western Bulldogs’ best was impressive, but their worst was terrible, culminating in narrowly missing out on finals due to percentage, but taking some good scalps along the way.”

The key defender was rock solid all year for the Western Bulldogs, picking up the third most disposals and one of only two players to play every game. She also recorded the most marks (41) of any Bulldog, and averaged 2.9 per game to go with 11.0 disposals, 2.3 tackles and 2.4 rebound 50s. She also pinch-hit in the ruck and played plenty of minutes forward late in the season, with her versatility and consistency earning her the club best and fairest.

Laying a whopping 34 more tackles than any other Bulldog, Hards was the other player to run out in the red, white and blue in every game. She averaged the 7.5 disposals and 6.1 tackles, thrown forward, back and through the middle to play a variety of roles in 2021. Still only a teenager, one of a number of young Dogs still developing for the future, and able to slot in anywhere.

Another consistent feature in the side, Betts played 13 games in season 2021, averaging the nine disposals and three tackles, rotating between the midfield, and defence later in the season. She looked to create run and carry with Hards and burst out of the stoppages, getting the ball inside 50 and providing that stronger body on the inside at the same time.

Playing the 12 games, Tessari rotated between the ruck and defence, finishing runner-up in the club best and fairest with 8.9 disposals, 4.1 hitouts, 2.4 tackles and 1.3 rebound 50s per game. Given a role each week, Tessari was able to execute that role well and it earned her plenty of internal praise with her best and fairest finish.

The Western Bulldogs have a lot of young talent on the AFLW list and they made sure they capitalised through the VFLW season. Isabella Grant (11 games), Isabelle Pritchard (nine), Annabel Strahan (nine) and Gemma Lagioia (nine) were all regular features of the side, with automatic AFLW starters Sarah Hartwig and Jess Fitzgerald among others to play once the top level season was over. Britney Gutknecht (182 disposals) only played the six games but looked mighty impressive at the level, whilst Nell Morris-Dalton averaged a goal a game.

Annabel Scott found plenty of the ball throughout the 2021 season, averaging 12.2 disposals and 3.7 tackles to be the top disposal winner from her 13 games. Eliza Vale and Eliza Morrison both showed promising signs being regular contributors for the Western Bulldogs, as Molly Denahy Maloney and Danielle Marshall stepping up, with the latter having some strong games after being delisted by the Dogs. Meanwhile Nicole McMahon was one of the strongest rucks in the competition with a huge first half of the season.