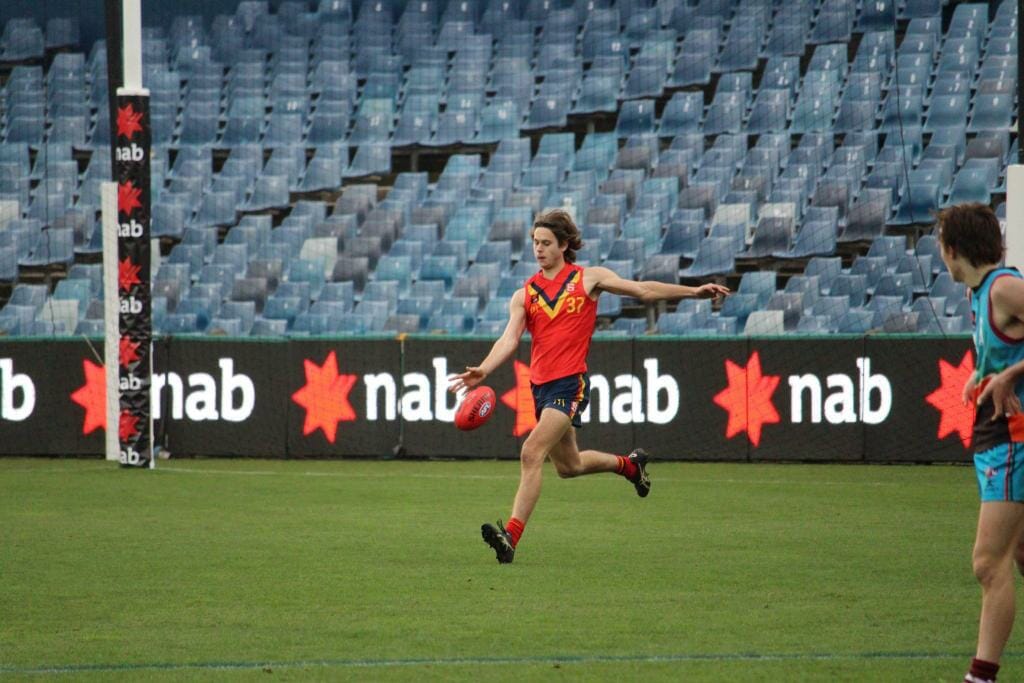 VICTORIA and Queensland will go without state league matches in the VFL and QAFL respectively due to lockdowns, as South Australia’s SANFL returns to join the WAFL and TSL as other state leagues in action this weekend.

Round 16 takes off with the SANFL Showdown the highlight of the round in terms of rivalries, as Adelaide and Port Adelaide lock horns as part of a double-header with the respective AFL sides at Adelaide Oval. The Crows will welcome back James Rowe and Lachlan Sholl to SANFL level with Brayden Cook called up for his AFL debut, and the likes of Jackson Hately, Billy Frampton and Shane McAdam also out of the side. For the Magpies, captain Cam Sutcliffe returns for the huge Showdown, while AFL-listed ruck Sam Hayes and defender Jarrod Lienert will also come into the side.

Finals hopefuls Norwood will have a crack at the undefeated Glenelg when the SANFL returns tomorrow in a blockbuster weekend of action. The Redlegs travel to ACH Group Stadium to tackle the ladder-leading Bays, with Norwood having the opportunity to put some separation on the bottom five sides. Nasiah Wanganeen-Milera has been named in Glenelg’s extended squad with the eye-catching teenager one to watch if he is named in the final squad. Norwood has lost ex-AFL talent Dom Barry to a knee injury, though the likes of Cole Gerloff and Henry Nelligan both return for the Redlegs.

The game of the round from a ladder perspective has to be North Adelaide up against Woodville-West Torrens Eagles, with the latter able to secure a top two spot with a win, whilst the Roosters can draw within two points if they topple their foes. North Adelaide has the strongest inclusions of any side this weekend, bringing back two ex-AFL talents in Aaron Young and Billy Hartung, as well as promising tall Dyson Hilder and reliable defender Tanner Smith all in. The Eagles also have a key inclusion, with ex-Adelaide midfielder Riley Knight back into the side, joining key forward Jake Von Bertouch back in the lineup.

Meanwhile South Adelaide take on bottom two side Central District, fully able to grab third spot if the Roosters fall to the Eagles. Leek Aleer and Wyatt Patterson return to the defence, with youngster Lachlan Grubb named on a wing to utilise his speed, and captain Luke Habel returning on the other wing. The inclusions are a huge plus for the Bulldogs, who can overtake Adelaide providing Central District wins and the Crows lose. South Adelaide might have other ideas, with Luke Bogle and Tyson Brown among the inclusions to the side.

A bottom four clash between Sturt and West Adelaide rounds out the League matches for the weekend. The last placed Westies have welcomed in Sam Davidson from Port Adelaide Magpies who could be in line for his debut, along with the likes of Nathan Batley and Kevin Karpany who have also been named in the side, with Harry Lemmey returning to school football. Youngsters Josh Shute and Mani Liddy have joined fellow former State Under 18s representatives in Riley Grundy (potential League debut) and Oliver Grivell in being named on an extended bench.

West Perth and West Coast have the byes in Round 18 of the WAFL competition, with four games played across the weekend. A top three clash between Subiaco (first) and Claremont (third) is one of a number of mouth-watering contests, with the Tigers able to draw level with the Lions at home with a win. With five games remaining, the hunt is well and truly on for top spot, though second placed South Fremantle will be expected to win too, so three sides could all be on 44 points at the end of the weekend. Claremont has some big inclusions to the side, led by Kane Mitchell and Logan Guelfi who have been added to an extended bench. Jack Mayo and Lachlan Delahunty provide some extra firepower up forward for the ladder-leading Lions, while Hayden Kennedy slots into half-back.

South Fremantle can officially put a line through East Fremantle with a win on the weekend if Swan Districts also get up, with the Bulldogs and Sharks locking horns in the last game of the weekend. Jesse Motlop is out of the Bulldogs side, though the home team has added six players to an extended bench including Travis Abbott and Kye Barker. East Fremantle have also added players to an extended bench such as Corey Holmes and Reuben McGuire.

The Battle of Perth takes place at Leederville Oval with the seventh placed Royals hosting the ninth placed Bombers. If Perth causes an upset it can draw level with its eastern counterpart, though has struggled of late. Doulton Langlands coming out of the side will not help, though full-back Zach Hill is back into the lineup as part of an extended side including Jye Clark. The Royals have not made any official changes, with Stanley Wright and Ben McGuire among the inclusions on an extended bench.

In the other game, Swan Districts hosts Peel Thunder, with the Swans able to potentially lock up a finals spot with a win and losses to the teams directly below them. They take on a Peel side that has lost three on the trot but can leapfrog East Perth again – following the Royals’ win last weekend – and even eat Fremantle if as expected the Sharks fall. Tarir Bayok and Thomas Edwards are among five inclusions into the Swans’ outfit, while Tyler Nesbitt has returned to the Thunder, named to play at half-back on the dangerous Lewis Jetta.

After a weekend of blowouts in the TSL last weekend, Round 19 hopes to provide at least a couple of tighter games, with the pick of the bunch being a top four clash between Clarence and Tigers. Fresh off a bye, the Roos host Tigers with third spot up for grabs. Both sides have already secured their finals spots given the five-game gap to the bottom three teams, but a Tigers win would see Kingborough leapfrog Clarence into third, whereas a Roos win would increase their own gap to eight points, and draw within four points of second placed North Launceston.

Tasmania Devils’ game being cancelled helps the Roos, with the likes of Sam Banks, Noah Holmes, Darcy Gardner and Baker Smith all eligible to play for the home team. Jerome Webberley is a key out for the Roos, but dangerous forward Josh Green also returns. Tigers have not made any changes to its lineup following its massive win last weekend, with Riley Ashlin and Lachlan Gadomski some of the rising talents, and Sam Duigan and Max Collidge damaging inside 50.

Top of the table Launceston could do a number on the bottom two Glenorchy, with the Blues welcoming back Jay Blackberry into the mix. The star will slot straight back into the forward pocket, with the premiership favourites also naming teenagers Jayden Hinds, Sam Foley and Tony Aganas among the available Devils if need be. The Magpies welcome back young gun Callum Thompson, with Isaac Manson named at half-back.

Meanwhile Lauderdale will look to move past its disappointing defeat last week by inflicting another big win over North Hobart. The Demons were completely dismantled by Launceston and will want to put in a better showing to grab their second win of the season. Lauderdale can move another win clear of Glenorchy if they pick up the four points here. Alex Hevey and Bodhi Kingston return for the red and black in the must-win clash, with Fergus Kenny and Luke Hodoniczky out of the team. After dominating the Tasmania Devils intraclub game, Jye Menzie and Will Splann are both in line to return to the Demons’ outfit. Jack Sandric returns as well, while Sam Banks-Smith is another young gun already stepping up at league level this season, with North Hobart wheeling at least six changes, with more predicted now the Devils players are available.