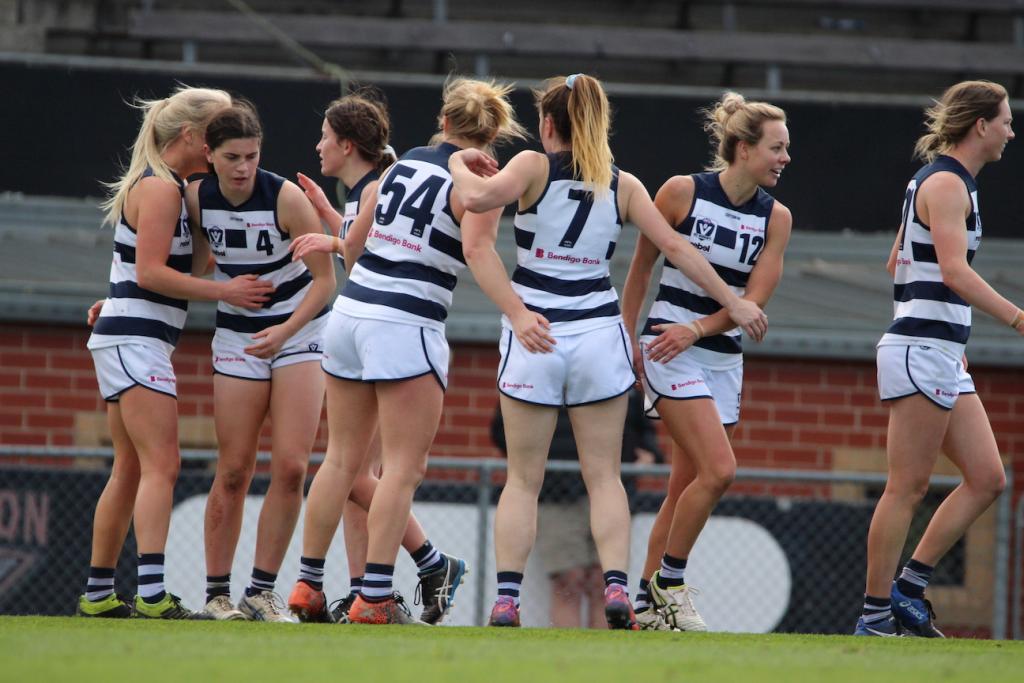 GEELONG’S all-in, one-club culture is a key reason for the club reaching the 2021 Victorian Football League (VFL) Women’s Grand Final according to deputy vice-captain Breanna Beckley. The Cats had a disappointing AFL Women’s season, collecting just the one win in the final round against fellow winless side Gold Coast Suns, but have turned it around in the VFLW season to face the undefeated Collingwood.

“I think just our culture and our team is just the biggest thing,” Beckley said. “I think from staffing group to players I think it has been unreal on and off the field, what we can do together and I think it really shows how we play together on the field. “We’re not there individually, we’re there to work together and put a good game together.”

Geelong last reached the VFLW Grand Final in 2019, when it went down to Hawthorn, but took out the minor premier Magpies on their way to the last match of the season. The Cats knocked off Collingwood at the very stadium they will run out on Sunday – ETU Stadium – which will give them confidence. When asked about being able to turn the tables on the Magpies having lost to them three times this season, Beckley said there was not much the Cats needed to do as they had been tight contests previously.

“Yeah I think they have been very close. I don’t think there’s too much tweaking we have to do to get things right. But I think a couple of things internally, change of play and that sort of thing,” she said. “Hopefully we can do that and hopefully get the win.”

The Magpies have had to wait 29 days between matches since defeating Essendon in the semi-finals. Geelong got back out for a competitive match last Saturday where they booked their grand final spot following an impressive second half against the Bombers. Whether or not it is an advantage is yet to be seen, but Beckley and her teammates are pleased they got a competitive match in.

“I guess it could be (an advantage),” Beckley said. “I think Essendon are strong competition, the physicality is a big thing and hopefully an advantage that could work for us on the weekend.”

As for the underdog tag, Beckley said her teammates had “nothing to lose” and it was a “huge” opportunity. Whilst no one had managed to defeat the Magpies in 2021, both sides start equal at the first bounce, and the Cats were up for the challenge. The leader said she was looking forward to seeing what acting skipper Claudia Gunjaca – one of three Cats to be drafted into the AFLW in the most recent AFLW Draft – could produce, and was her key player to watch.

“It’s always a tough one. There will always be people who are finals players,” Beckley said. “But I think Claud’s (Gunjaca) our stand-in captain had a ripper last week and hopefully she can do it again. “I think she can take some good marks and will be one to watch.”

Beckley said the impact of the AFLW players coming back to the VFLW program had been sensational, with their attitude and support first rate. She said the trio of players set to step up to the elite level next season had throughly deserved it and she was looking forward to what they would produce there.

“The girls are absolutely amazing and I think a credit to them that they can just come in and still be themselves,” she said. “We’re still trying to achieve the same thing. “Especially for our girls who got drafted, they’re such superstars on and off the field, just a credit to them and their AFL should shine in the next few years.”

Looking at the opposition, Beckley said AFLW spearhead Chloe Molloy would be a definite target to keep a close eye on with the “superstar” capable of taking over a match. She said whoever was awarded the job to nullify her would have the confidence of their teammates.

“I don’t think they’d shy away from the challenge,” Beckley said. “I do think whoever does go on her will do a great job and we back them in every time so yeah it will be a good contest.”

Geelong was due to face Collingwood at ETU Stadium on Sunday with the match starting from 1:15pm, but Victoria’s latest snap lockdown has put a spanner in the works.