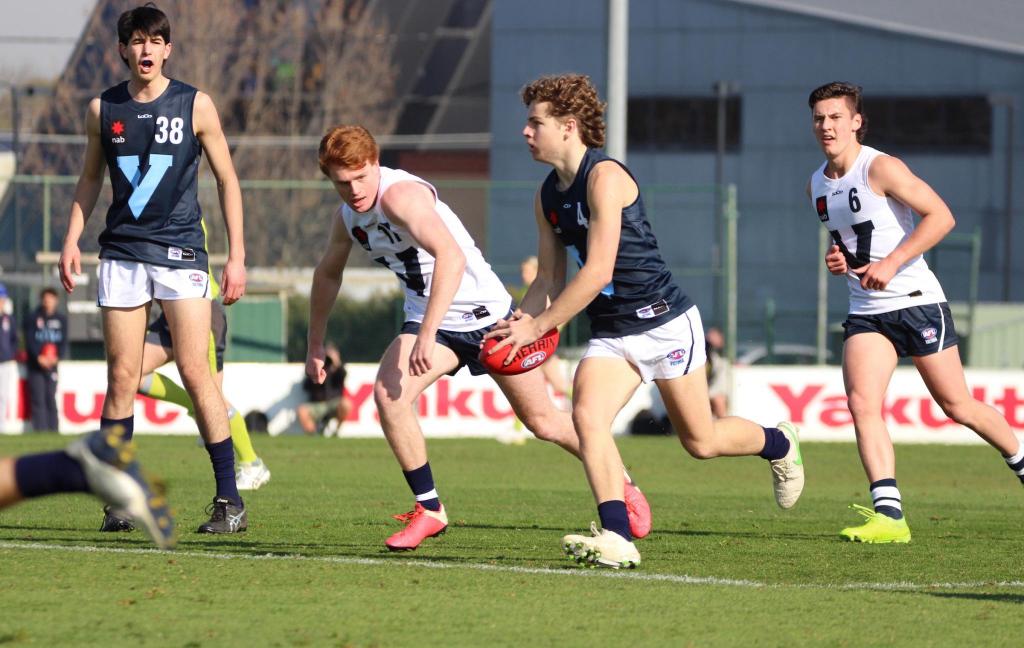 CALDER Cannons ball magnet Zac Taylor is the Draft Central NAB League Player of the Week for Round 15. The 18-year-old midfielder racked up 37 disposals, four marks, three tackles, and four inside 50s in the Cannons’ 10-point win over Murray Bushrangers on Sunday, making him difficult to overlook for the prize. He beat Greater Western Victoria midfielder Marcus Herbert in this week’s poll, obtaining just under 80 per cent of the total votes.

A Vic Metro representative last month, Taylor has been in sensational touch of late. His last three NAB League outings have yielded averages of 34 disposals, seven marks and six tackles, to well and truly be one of the form players of the competition. His feats have him pushing into top 25 calculations among what is an incredibly even field. The 180cm prospect stands out with his work rate, sharp skills and speed, and obvious ability to accumulate plenty of possessions.

Taylor becomes the seventh 2003-born talent to earn Player of the Week honours in 2021, joining 2019 Vic Metro Under 16 teammate Tyler Sonsie on said list. With finals fast approaching, Taylor will undoubtedly continue to be a key feature in Calder’s midfield, and has further representative honours in front of him should the National Championships get back underway this year.