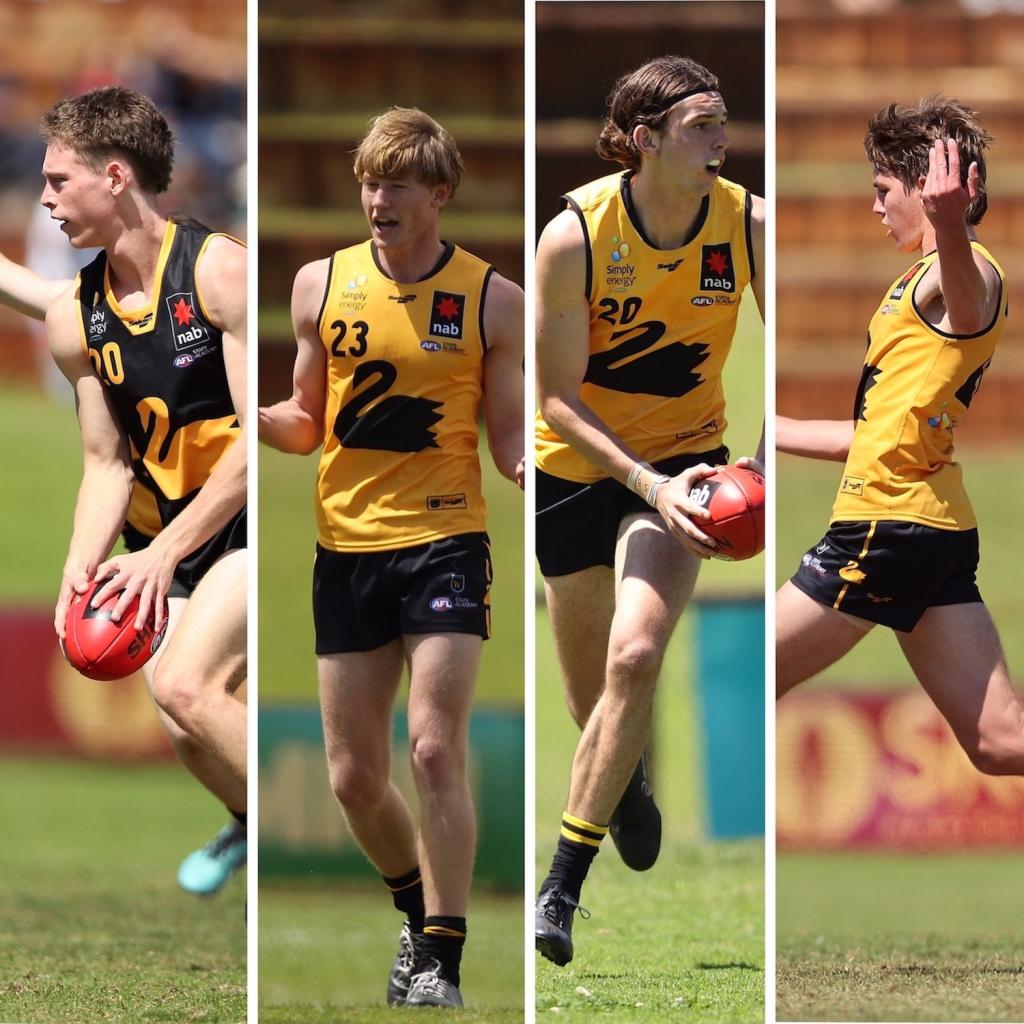 WESTERN Australia’s Under 19 squad completed its third-consecutive dig ahead of this year’s National Championships, comfortably accounting for a select Perth side, 13.17 (95) to 1.6 (12) on Saturday. The Black Ducks continued their ominous form with its midfield again proving difficult to contain, including leading WA prospects Neil Erasmus and Matthew Johnson. Squad members Jesse Motlop, Corey Warner, and Jack Avery were among those to miss once again due to League commitments, along with debutant Luke Polson. There were some impressive performances nonetheless, which we narrow down to in the latest edition of Scouting Notes.

The powerful Claremont midfielder started the game like a house on fire, winning plenty of the ball (10 disposals) in the first quarter. He was strong in the contests with his ability to win the hard ball a real feature, helping to release the runners out into space. Although Sheldrick’s in and under work was strong, he also showed his ability to break away with a very good long range goal in the last quarter, taking the game on and kicking from 50m on his favoured left foot. Sheldrick would find the goals again, working inside 50 to take a mark and nailing the set shot from 45m in the second quarter. He continued to attack the contest hard in the second half but would not replicate his previous ball winning feats, where he found the ball with ease on the outside and inside. Sheldrick continues to push his draft credentials, finishing the game with 19 disposals, six marks, five clearances and two goals.

After a best on ground performance last week, the Subiaco midfielder was again at his ball winning best and although his skills were not quiet as sharp as last week, he was still very effective. With a few tackles and shots at goal early on, you could see Erasmus was wanting to get involved a lot quicker than he did last week and although his first shot went out on the full, his second attempt was much better – working into space inside 50 and converting the simple set shot. The main concern with Erasmus’ kicking was on his non-preferred side and although on occasion he showed great composure to give himself time, he often had enough time to go on his preferred more often than not, and can further try to to get as much impact out of his disposal as possible. Erasmus finished with a game-high 28 disposals despite spending the last quarter forward, where he still easily managed to find the ball, and with that also finished with eight marks, seven tackles and one goal.

It was another solid game from the tall Subiaco midfielder, with Johnson a consistent four-quarter performer who showed plenty of class and composure with ball in hand. Johnson was steady in the first half, winning eight disposals, but it was his second half and especially his third quarter that really caught the eye. His first goal assist was inside 50 where he showed great composure and agility to get around one opponent, before using a short burst of speed to get away from another and hand off to Dittmar who finished well. His second great effort came on the wing, recovering from a marking contest to gather cleanly and side step an opponent with good composure, then hitting a beautiful pass inside 50 to Benning. Johnson finished the game with 19 disposals, six inside 50s and six marks as he continues to impress as a potential first round draft prospect.

The talented key forward form East Perth once again kicked multiple goals in what could have been an even bigger haul if his set shot kicking was as reliable as it has been all year, missing some very gettable attempts. Amiss impressed early with the first goal of the game coming from a lovely banana set shot hard on the boundary. Getting the opportunity was well done as he was the one to pressure the turnover to give him the set shot. He was able to kick the hardest of the day, yet missed some gettable goals late in the game, finishing with four behinds. His second goal was in open play, quickly kicking another banana in the fourth quarter, but what impressed in his game was his work without the ball – often playing one-on-two and competing well in the air, before applying pressure at ground level with a holding the ball tackle late in the last term. Amiss finished the game with 13 disposals, four marks and kicked 2.4.