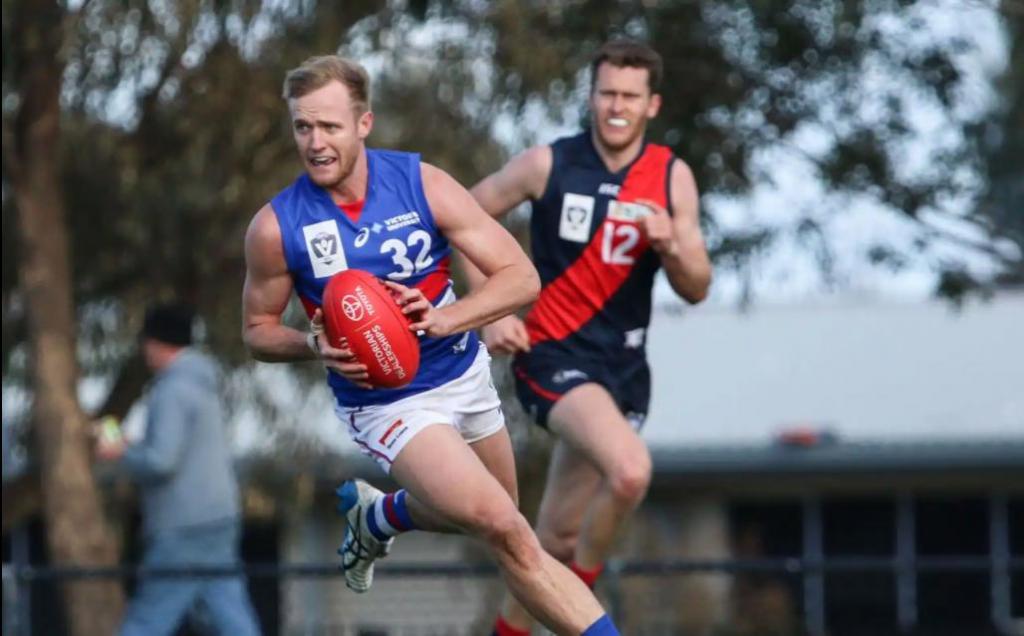 WITH lockdown over in Victoria, the VFL is back into full swing with 10 matches this weekend to complement the continuation of all the action across the WAFL, QAFL and TSL. The SANFL will not go ahead this weekend in line with current South Australian restrictions.

Round 17 WAFL action is headlined by ladder leaders Subiaco taking on the in form West Perth at Leederville Oval. The clash could go down to the wire with the two sides almost inseparable when Subiaco won their Round 3 meeting 14.10 (94) to 14.7 (91). An unkind weather forecast threatens to ruin what could be a shootout between three of the top five leaders in the Bernie Naylor Medal. Tyler Keitel and Keegan Knott have both been prolific this season for Subiaco, while Ben Sokol will be looking to add more goals to his tally as the Falcons search for their seventh consecutive win which could draw them level on points with the Lions.

Elsewhere, Claremont will face the eighth placed East Perth, with the chance to move into outright first on the ladder if West Perth are to defeat Subiaco. Jye Bolton is averaging 31.6 disposals per game for the Tigers and will be looking to lead his side to a third straight win. South Fremantle and Swan Districts have the chance to put a big gap between the top and bottom five when they face sixth and seventh placed Peel Thunder and East Fremantle respectively. The two bottom sides will go head-to-head when Perth host West Coast at Mineral Resources Park.

This weekend’s matches get underway with the Tigers hosting Glenorchy with both teams hungry for a win after the Tigers went down by two points to Lauderdale last week, while the Magpies suffered a 25-point loss to Clarence. A win for the Tigers can reduce the gap to just four points between them and the third placed Roos, and Glenorchy will be looking to jump Lauderdale who took their spot after the conclusion of Round 17. The Bombers will face a tough contest against North Launceston at UTAS Stadium, while things could turn ugly when top of the ladder Launceston, fresh off a bye, face the wooden spooners North Hobart. Dylan Riley has kicked 18 goals in two matches against the Demons this season and will be eyeing another big haul this weekend. Clarence have the bye in Round 18.

The VFL will return to action this weekend following the news of Victoria’s lockdown being lifted with all but two teams in action as Geelong and GWS will have a bye this round. The third-placed Demons will host the 9-0 Bulldogs in the most anticipated clash of the round. The Demons will be eager to win the contest to reduce the current eight-point gap between the two teams – with Casey having played one less game – while the Dogs will be fighting to regain top spot taken by Southport. The Sharks will face the Suns this week, after both sides took part in the three games last weekend. While Gold Coast went down to a makeshift GWS side by 40 points, Southport was at its dominant best against the Lions coming out victorious by 109 points. The Sharks will look to continue their form and keep the pressure on the Dogs.

In another intriguing battle Box Hill will travel to the Holden Centre to take on Collingwood. The Hawks have won their last five games and a win can see them leapfrog the Cats into fourth position. As for the Pies, who sit in eighth, a win is required to hold off Williamstown who are just two points behind in ninth position. The Seagulls face Coburg, who have recorded just three wins for the season, and they will fancy their chances to move into the eight if the Pies or even the Dolphins are unsuccessful this weekend. The Tigers will meet the Dolphins on Sunday, and they will also be desperate for a win after losing their last three in a row.

Elsewhere, Essendon will remain in the Sunshine State to take on Aspley, with Brisbane also hosting the Swans up north. The Roos will welcome Port Melbourne to Arden Street with the home side enjoying some good form as of late, recording their three wins for the season consecutively, before they just went down to the Bulldogs by 11 points in their last match. Sandringham and Carlton will do battle on Saturday, with the Zebras having won four of their last five to keep them in the finals mix, as the Northern Bullants take on Werribee at Preston City Oval.

Fifth-placed Maroochydore will do battle with third-placed Redland-Victoria Point giving the Roos a chance to go level with the Sharks on the ladder. Fans can expect a close game with plenty of goals like their round 7 meeting when the Sharks won 15.12 (108) to 13.8 (86). On that day, Jacob Murphy and Mitchell Scholard went goal for goal, both booting five majors each. Labrador will look to hold their position, a game clear on top of the ladder, when they take on Palm Beach Currumbin as second-placed Broadbeach host the winless Noosa giving them a great chance to keep the pressure on the ladder leaders.

In other matches, Mt Gravatt and Morningside will meet at the Southside Toyota Oval, while Sherwood Distrcits will be looking to keep themselves in the finals mix with a win over second-last Wilston Grange.