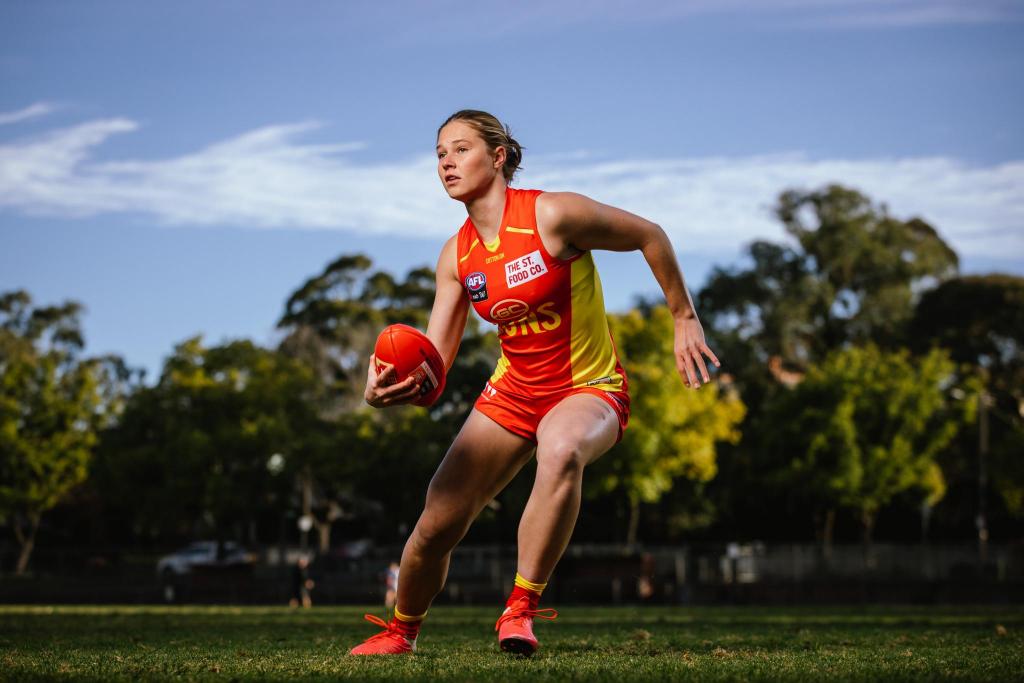 NOW the AFL Women’s Draft is done and dusted, Draft Central will review each club’s draft hand, and provide supporters with all the content they need to know about the latest additions to their AFL Women’s programs. We continue the club-by-club reviews with Gold Coast.

Gold Coast said it would cast a line for Victorian talent, and fittingly ended up reeling in one of the top two prospects in the draft pool with pick one. Rowbottom, who is said to love the sun and surf, nominated Queensland and was an easy choice for the Suns to open the draft. The Oakleigh Chargers premiership skipper is a rare talent, a very tall midfielder at 178cm who uses her bull-like power around the ball and can roll forward to take contested marks. Her ability to burst away from congestion, much like her brother James, is eye-catching and makes her a damaging proposition in midfield. She is still working on refining her kicking and conversion, but can boom the ball forward in a flash when everything comes together. She may well start up forward before being eased into the engine room at AFLW level, but ultimately looks ready to go.

Another terrific addition to the midfield mix is Levi, the leading Suns Academy graduate in 2021. Like her sister Maddi, she hails from a Rugby 7’s background and will look to juggle both codes going forward, again like her elder sibling. The 17-year-old is an inside midfielder with all the athletic traits you would expect, including strength over the ball and power to pull away from would-be tacklers. She has some more refined traits too, with clean hands and terrific skills making her a contested ball winner with handy points of difference. Like Rowbottom, she looks ready to go and is a class act with one of the more well-rounded skillsets of any draftee around the nation.

After missing out last year, Bush became the sole Northern Territory talent drafted in 2021 after a promising year of football at multiple levels. She was a noted goalkicker in the NTFL with Darwin, and went on to link up with Hawthorn in the VFLW after representing the Allies at this year’s Under 19 National Championships. Bush is the kind of forward who plays above her 162cm height and doesn’t need too many opportunities to make an impact, with her smarts and evasion inside 50 making her difficult to beat one-on-one. In a Suns side which went winless with the lowest percentage last season, she promises to add some flair and threat in front of goal.

Another Suns Academy graduate, Davies adds some defensive solidity to the mix and already has multiple links to her new senior side. Davies has been mentored by Suns star Jamie Stanton, who teaches at her high school, and is good friends with 2020 draftee Annise Bradfield, who introduced her to Australian football. The 180cm prospect has plenty of development left, with her defensive acumen and ability to nullify direct opponents already sound, but contested marking and taking on the game areas she is looking to steadily improve.

With a clear standout from their own academy always in line to land at Gold Coast, the Suns were able to mix it up with their other two top 10 selections and pick from other regions. Rowbottom was a great get as she nominated Queensland and became available with pick one, while Bush is a raw talent with plenty of upside who can add some much-needed scoring power. Levi was the standout local choice and has plenty about her as a midfielder, while fellow academy graduate Davies is another developmental kind of selection who is progressing well and bolsters the Suns’ key defensive stocks. The Suns’ regeneration will be massively buoyed by their first two picks in particular, they’re both stars in the making.