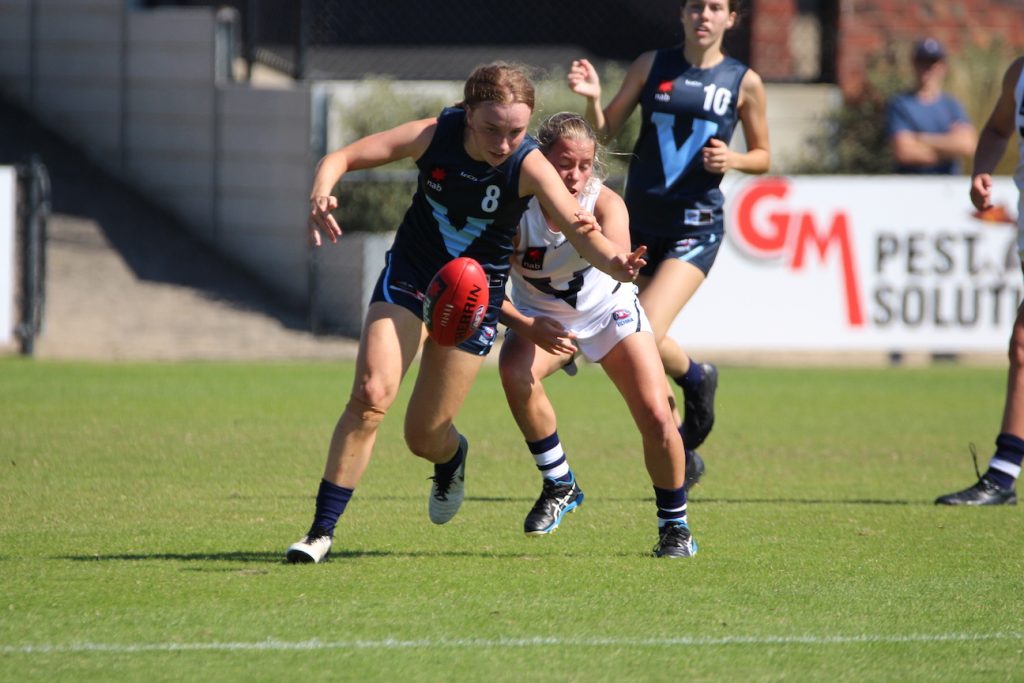 EACH year the AFL Women’s Draft throws up plenty of surprises, with players going higher or lower than many might have predicted. Through a combination of club needs or other factors that change plans, there are always players who rise up the boards or slip back on the night.

It was always evident that the talented utility was going to go in the first three West Australian picks such was her ability shown over the past few years. But having been restricted to just one game this year, the Eagles read her name out first in the West Australian pool, with some thought that the Dockers might pounce with their first. West Coast still got the player many expected to land at this pick – Courtney Rowley – with the next selection anyway, and the Eagles will be able to use both the skilful players around the ground such is their versatility.

It was terrific to see the skilful onballer earn her named called out in the Top 10, with her inside work and combination of speed and endurance making her such a damaging prospect. Originally touted as a first round prospect thanks to those traits, Friswell was thrown around the ground at both the AFLW Under 19 Championships level and VFLW level, and the worry was that perhaps clubs were focusing too much on versatility. With Geelong able to bring in another midfielder, expect Friswell to star in that role, though not before she funnily enough has to take on the Cats this weekend in the red and black.

It was Geelong’s last selection, so it might not quite be the same as some others, but it is a terrific story nonetheless. Johnson only picked up a footy last year, and played her debut season with the Cats in the VFL Women’s, averaging 14.6 disposals, 2.7 marks and laying 4.8 tackles. Still only 20-years-old, Johnson has plenty of time to develop, and is another who will get set for a big preliminary final this weekend, her first VFL Women’s game as an AFLW-listed Cat, providing an extra element for her and the team.

As a player who has come through the pathways, it has been quite the journey for Ferguson, a dual footballer and netballer. Standing at 172cm, she has had an outstanding season for the Magpies, improving on her past years at the club. Originally a raw talent back at Gippsland Power, Ferguson has done what every AFLW Draft prospect should do, and chip away at areas to improve and let the rest take care of itself. She still has a finals campaign ahead of her, but as a player who has taken the long road to reach the elite level, it will be great to see what she can produce.

The Roos feature again, and whilst Tess Craven might be considered a little bit of a slider too, Slender is going to prove enormous value at Pick 19. The tall utility who can play anywhere had an inconsistent season, but is a clear Top 5 player on potential, and to get out to the start of the second round was a touch surprising. North Melbourne will have the potential to play her anywhere they want such is her versatility, and this might be the pick that is the pick of the draft. Once she irons out some consistency, she will be a very good player.

Tipped to go as high as St Kilda at Pick 4, and certainly in the Top 10, Ling remained on the board until the second round when the Bulldogs decided enough was enough and read it out. She had an outstanding top-age season with clean hands on the inside and a quick sidestep that can burst away from opponents, expect the slick midfielder to add extra pace and defensive pressure to a Bulldogs side that loves it. Ready to go from Round 1 if picked, so gives the Bulldogs immediate depth.

It is always tricky to know exactly where talls are going to land such is the unpredictability of clubs and picking up raw talents, and deciding between teenagers and mature-age prospects. Not many would have thought Georgia Campbell (who was always going at Pick 42 given the father-daughter bidding) was going to end up the first picked teenage ruck/forward at that selection, but Gillard ended up having to wait until the pick after, giving the Dees some serious height. With plenty of experience coming into Melbourne this off-season, they can afford to wait a bit and the 190cm talent will be one to watch for the future.