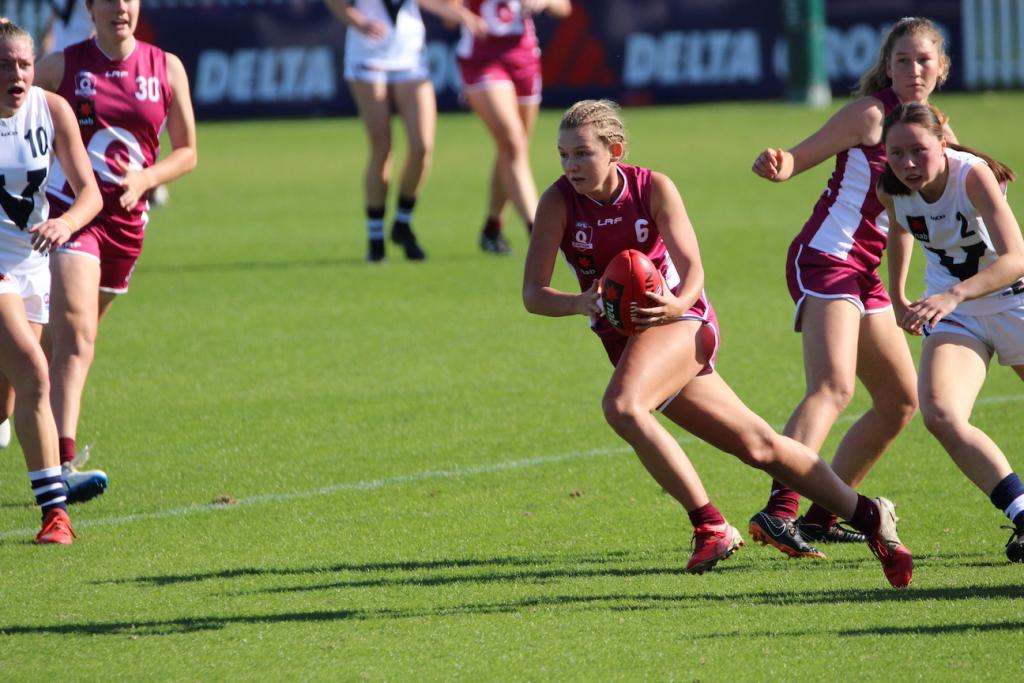 POWERFUL prospect Bella Smith has proven herself as one of Queensland’s top draft chances in 2021, but is taking a steady mindset into next week’s big day. The Maroochydore midfielder has been aligned with the Brisbane Lions Academy and there are plenty of former ‘Roos to look towards for inspiration in the same pathway.

“At this point in time I’m just taking everything week by week and just trying to play well in my QAFL games,” Smith said during the season. “But the end goal is definitely to get drafted.”

As a member of this year’s AFLW Academy intake, Smith has picked up plenty of elite standards along the way and got the chance to meet up with her fellow academy members earlier in the year. Queensland’s Under 19 Championships clash with Vic Country also served as a handy “experience”, with Smith notching 14 disposals and five marks despite her side’s 54-point loss.

“It was an interesting game,” she said. “I was very excited for it all, but at the end of the day they were definitely a better side than us. It was still a great experience and good to see friends that we’ve known from the (AFLW) Academy as well.

“(The Academy) is awesome. It’s such a good experience to get around girls that are like-minded. We got to catch up all together not too long ago down in Melbourne.”

At that point in time, Smith had hoped the national academy would be able to play their then-postponed game together, though it never came to fruition. Instead, she honed her craft back home with Maroochydore in a QAFLW campaign which yielded a finals win.

Described by Queensland Talent Manager Mark Browning as a “very, very tough inside mid (who) loves the contest”, Smith says strength and power are her go-to traits. While she is a terrific handler and distributor on the inside, she is still working on her outside game and improving the all-important fundamentals of kicking.

“(I’m looking to improve on) everything really,” Smith said. ” But I’ve been working a lot on my kicking. I’ve been doing work outside of training with Enhanced Football, he’s been helping me over the season on my kicking.”

Cracking the next level would mark another great chapter in Smith’s footballing story, which began at eight years old when she topped up for her brother’s local side.

The likes of Belle Dawes and Lily Postlethwaite have already stepped up from Maroochydore to the Brisbane Lions’ AFLW squad, can Smith be the next Roo to bounce to the bigtime?