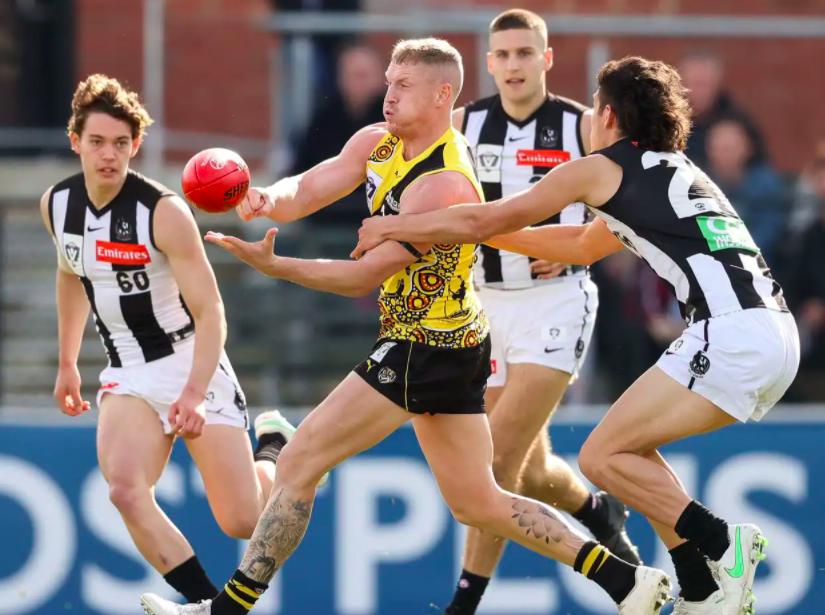 THE 2021 Victorian Football League (VFL) season rolled on into its 13th round over the weekend, with nine fixtures spread from Friday night to Sunday afternoon. There were a number of outstanding individual performances among the Round 13 action, as AFL-listed talent and state league guns alike topped a range of key categories. We take a look at this week’s stat leaders, as well as the season tallies to this point.

A bunch of senior-listed youngsters pressed their claims for call-ups in the state league this past weekend, none more so of late than Western Bulldogs midfielder-forward Patrick Lipinski. In the red, white and blue of Footscray, he dished out a round-high 23 handballs to be level with Gold Coast’s Will Brodie. Richmond veteran Josh Caddy had the most disposals overall with 39, while Josh Newman topped the kicking charts (25) in Frankston’s win over Port Melbourne.

Along with Newman, Casey’s Corey Ellison was the only other non AFL-listed player to feature atop his own category this week, after snaring six goals as Casey thumped Werribee. Dominating the airways were Sydney forward Logan McDonald (14 marks) and Collingwood ruck Max Lynch (40), while Richmond midfielder Will Martyn got his hands dirty with a round-high 13 tackles in the Tigers’ loss to the Magpies.

Looking at the overall leaderboard, Coburg ball magnet Marcus Lentini is out in front for disposals and handballs, while fellow standalone standouts Matthew Payne and Matthew Hammelmann (both Aspley) lead the competition for kicks and goals respectively. Emerging Essendon ruck Nick Bryan has also taken over top spot for hitouts, as he searches for another senior berth.

Find the full list of Round 13, and 2021 season stat leaders below.