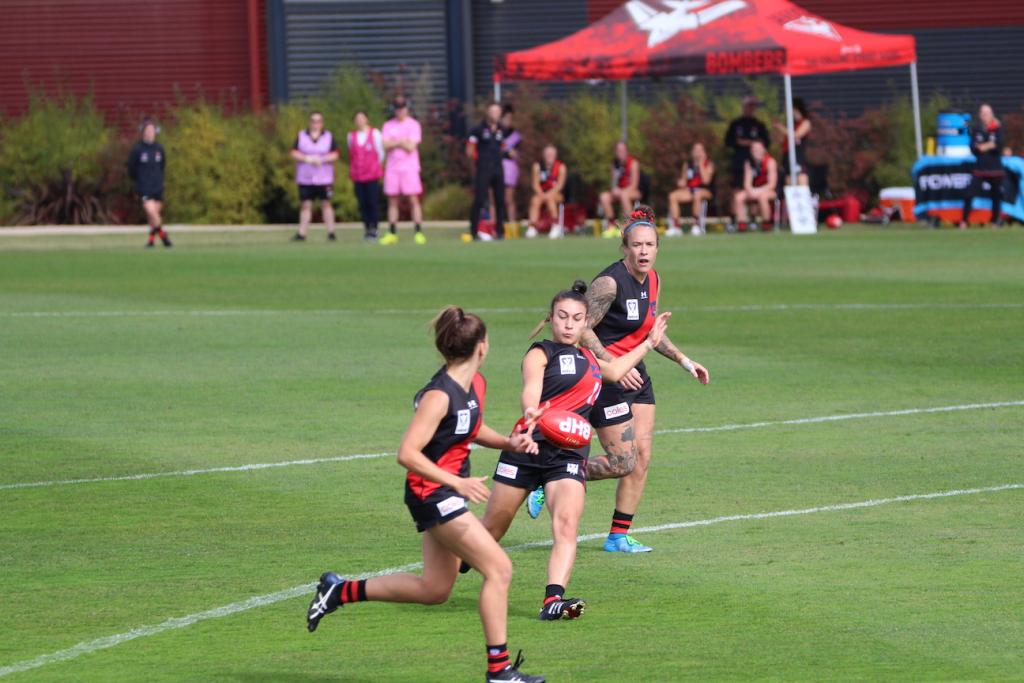 A KNOCKOUT final eliminated the Southern Saints, whilst Geelong lived to fight another day and set up a preliminary final with an unlucky Essendon, as Collingwood advanced through to another Victorian Football League (VFL) Women’s Grand Final. As we have each week, Draft Central takes a look at some of the NAB League Girls graduates who have come through the state league.

In a tight, low-scoring encounter, Collingwood moved through to the 2021 VFL Grand Final with a seven-point victory over Essendon. Eastern Ranges graduate Olivia Meagher played one of her best VFL Women’s games, picking up 16 disposals and seven clearances, whilst ex-Gippsland Power tall Jasmine Ferguson continued her role in defence with 11 touches and three marks.

The Bombers had a ton of young talent who have filtered through the NAB League of late, with Georgie Prespakis stepping up to rack up 21 disposals, seven clearances, 13 tackles and two inside 50s in the loss. Ex-Cannon Alana Barba shared the spoils inside with seven clearances, 10 tackles and four rebound 50s to go with her 18 touches, while ex-Bushranger Eloise Ashley-Cooper had 10 disposals, four tackles and three rebound 50s. The other past graduates of the NAB League in Tamsin Crook and Grace Dicker also played in the semi-final.

Of the current Calder contingent with Prespakis, Emelia Yassir laid three tackles to go with four touches, Tahlia Gillard amassed 16 hitouts and five tackles with five disposals amongst quality opposition, and Zali Friswell had the six touches, seven tackles and two inside 50s. Tara Slender also ran out for her second game in the red and black.

In the other semi-final, a couple of current NAB League players and a couple of past NAB League graduates donned the blue and white hoops. Greater Western Victoria (GWV) Rebels’ talent Chloe Leonard picked up 14 disposals, four rebound 50s and seven tackles in the long sleeves, while Geelong Falcons’ Renee Tierney also returned to the lineup to pick up the five touches and a clearance. Former Falcon Paige Sheppard booted a goal and racked up 19 disposals, six marks and five inside 50s in a lively performance, while ex-Bushranger Tamara Smith had the 11 touches, five tackles and three inside 50s in the win.