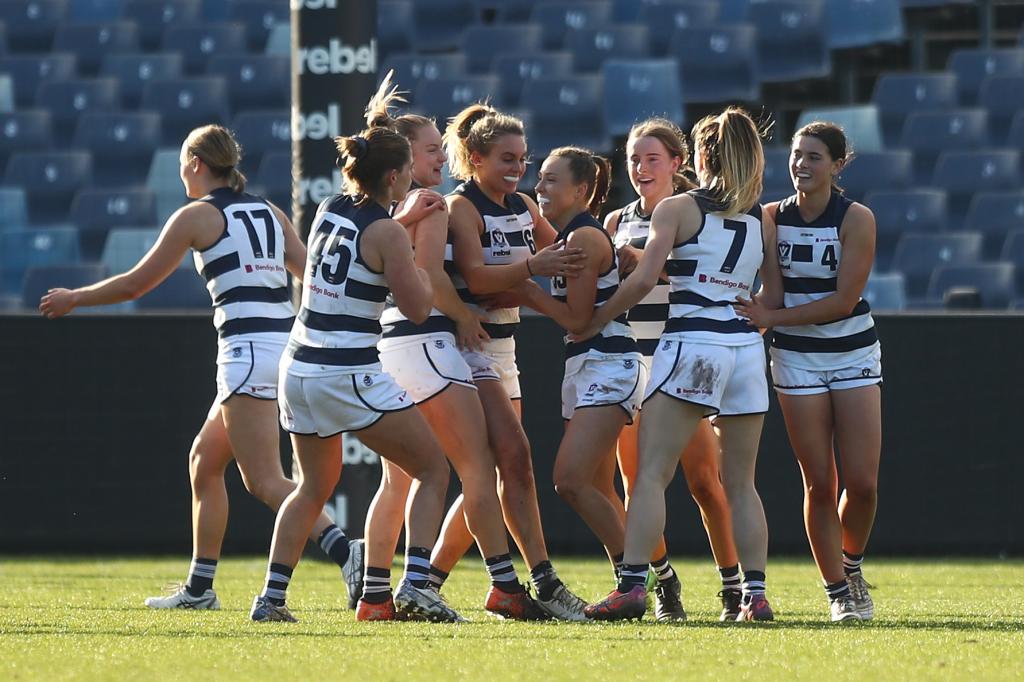 THE second week of Victorian Football League (VFL) women’s finals action has come and gone, with plenty happening across the two rounds.

This week Essendon’s Georgia Nanscawen was on fire out on the field when her side took on Collingwood. It is no surprise her name appears several times in the list. Overall, Nanscawen currently is in the top 10 for disposals, tackles and kicks, and also ranks seventh in the competition for handballs. Essendon once again sees another name on the list with Georgie Prespakis registering the most handballs this round. Prespakis equalled Geelong Cats star Darcy Moloney with 13. Georgia Clarke scored the most goals this week with four during her side’s semi-final clash against the Southern Saints as Geelong’s Paige Sheppard dominated the marks category with 13. Meanwhile, Olivia Fuller impressed yet again, this week improving her number of hit-outs with 36.