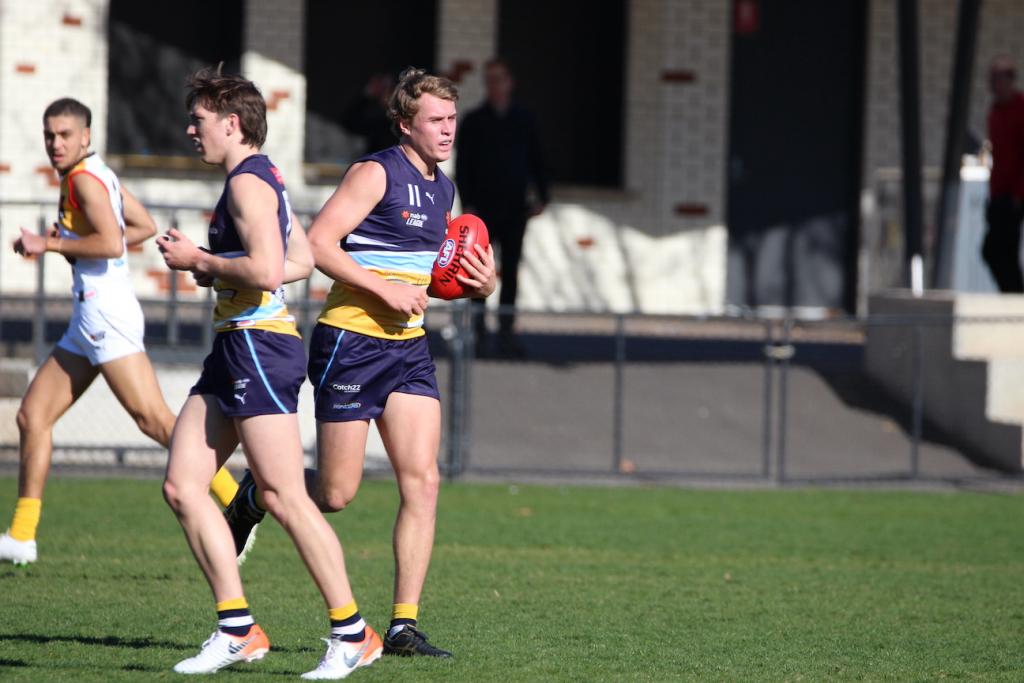 VERSATILE Bendigo Pioneers top-ager Cobi Maxted is Draft Central NAB League Player of the Week for Round 12. The 18-year-old returned an outstanding individual performance on the weekend; notching 25 disposals, nine marks, five tackles, six inside 50s and four goals as the Pios went down by 28 points to Western Jets. His numbers in each category were personal bests for the season, bringing his averages up to 13.1 disposals and 1.5 goals per game.

A true utility, Maxted has been utilised in a range of roles for Bendigo this year. He has primarily featured up forward, and at just under 190cm can also pinch-hit at the centre bounces as both ruck and rover. His feats on Sunday saw him trump Northern Knights midfielder Joel Trudgeon in our Player of the Week poll, becoming just the second 2002-born player this season to claim said honours. He is the first Bendigo Pioneers prospect to do so in 2021.