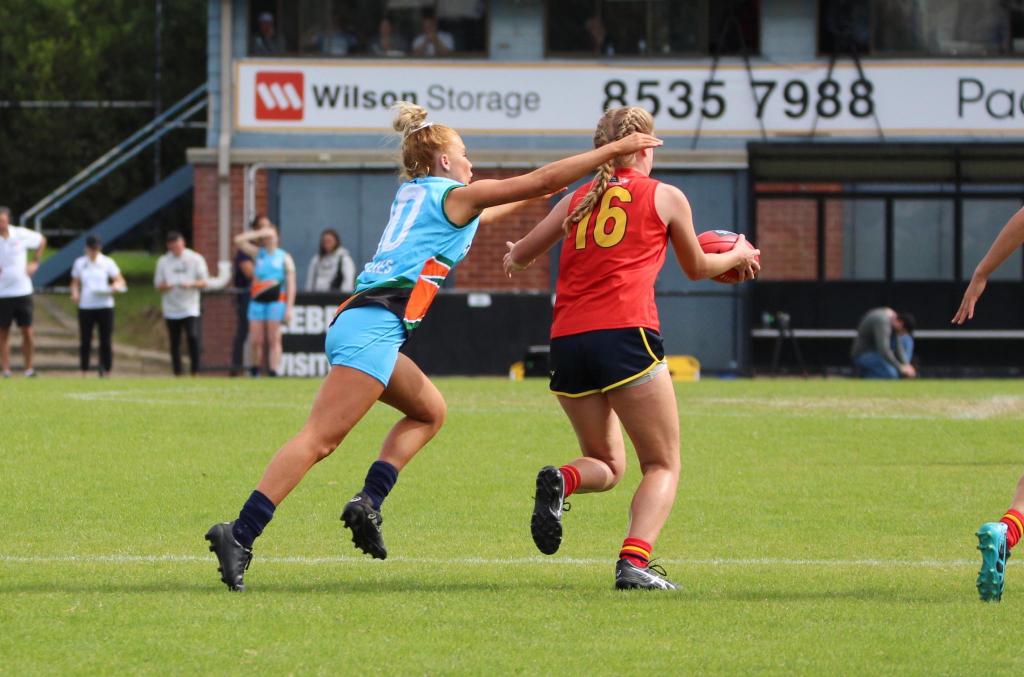 STARTING her football career as a seven-year-old for the Bridgewater Raiders in the Adelaide Hills, Georgia Swan is still travelling on her “really fun and long journey,” a decade later.

The now 17-year-old Swan, known by her teammates as “Swanee”, is a part of the South Australian Academy.

Swan has recently completed her third season playing for Sturt in the SANFLW, where she averaged 9.1 disposals, 2.1 marks, 2 tackles, and 1.6 inside 50s. Swan credited her hard work in the off-season for her performances during the season.

“I think I had a really good pre-season this year. I worked on my fitness coming off last season and I think I’ve become a lot fitter which has really improved my game,” she said.

Despite the team only managing three wins and a draw from 11 games this season, Swan was not too disappointed about the year.

“It’s been pretty tough actually. [Sturt] haven’t had too many wins but it’s been really fun, we’re improving a lot since last year so that’s the main thing.”

At state level, Swan knows she must be on top of her game not only with the way she plays, but also to fulfil her role as a leader.

“I think I’ve got a bigger leadership role on-field in our state team as co-captain and one of our bigger players in the forward line, helping out with voice and instructions,” she said.

Playing predominantly up forward, she averaged 10 disposals, 2.7 marks, 2 tackles, and 2.3 inside 50s during the three NAB U19s Championship games showcasing just how much of a classy player she is.

Swan loves to get around the ground and attack as many contests as she can, a trait she believes she can offer at the top level.

“I like to think I’ve got a very go-getter attitude on the field. I want to get into contests, get into packs and keep going with two, three efforts. With the right coaches and teammates, I hope that could really compliment [an AFLW team] and I can keep improving from there.”

Swan remains determined to make it to the AFLW and is always wanting to get better.

“I want to work on my aggression, keep smashing through the packs and winning ground balls.”

She has relished the opportunity to be coached by Chelsea Randall, someone she says is a “very inspiring and amazing woman to look up to”, and Swan dreams of one day becoming just like her.

Away from footy, Swan is studying Year 12 and she also works in a restaurant, but for her “footy’s a big priority”.