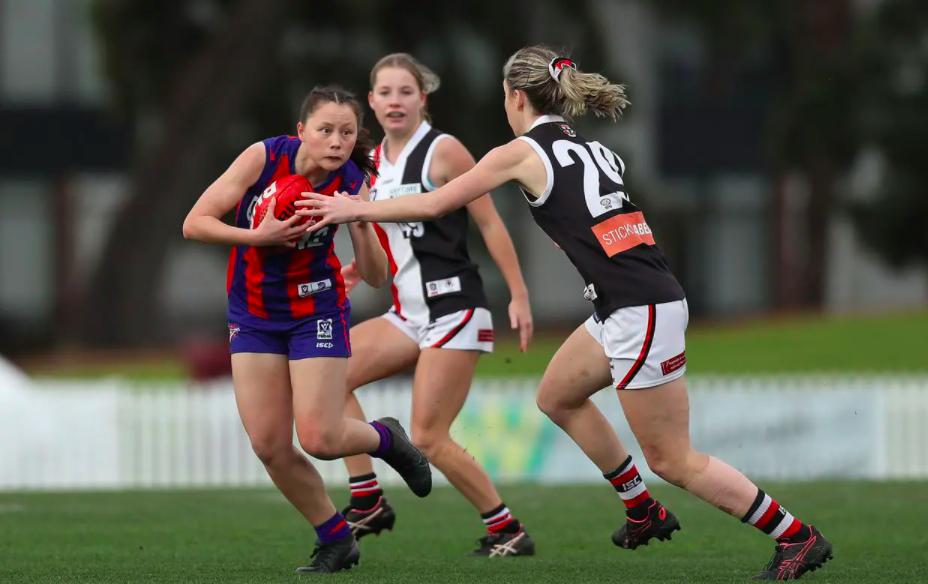 FINALS time finally rolled around in the VFL Women’s, with three enthralling games played out over the weekend and even more intriguing matchups to look forward to. A raft of current and former NAB League talents continue to roll through the competition, we take a look at how they performed in the first round of finals.

Pegged as the closest matchup across all three week one fixtures, Casey and Essendon played out a belter to open proceedings. The Bombers came out on top and remain the sole standalone side left, winning 5.5 (35) to 5.2 (32) on enemy territory. A bunch of high level youngsters aided the victors’ cause, none more so than pick one contender Georgie Prespakis who notched 14 disposals and laid 10 tackles in the famous sash.

In the losing Casey side, 18-year-old Gippsland Power ruck Grace Matser contributed seven disposals and as many hit-outs in her fourth game at the level. Eastern Ranges product Mietta Kendall, who was recently delisted by Melbourne, also continued in the state league and found eight touches, while former Richmond and Eastern player Emma Horne had it seven times.

In comparison to the Casey-Essendon clash, graduates were more sparse and quiet in the qualifying final between Collingwood and Geelong. The Magpies were pushed all the way in a six-point win, with Olivia Meagher (six disposals, one goal) their only current or VFLW-listed NAB Leaguer afield.

Southern Saints caused the upset of the weekend, advancing to week two via a resounding 34-point victory over the third-ranked Port Melbourne. There was plenty of young talent fielded by both sides, starting with Saints mainstay Gabby De Angelis. She featured among her side’s best players and found the goals, while Melanie Bertuna (13 disposals, five tackles) was also productive.

Sandringham Dragons top-ager Charlotte Ryan proved a handy fold for the Saints with 11 touches in her second game, joined by NAB League teammates Emma Stuber and Pia Staltari in the side. Dandenong Stingrays defender Jemma Radford also ran out in red, white and black, playing against usual teammates Ash Richards and Jaide Anthony, who lined up for the Borough.