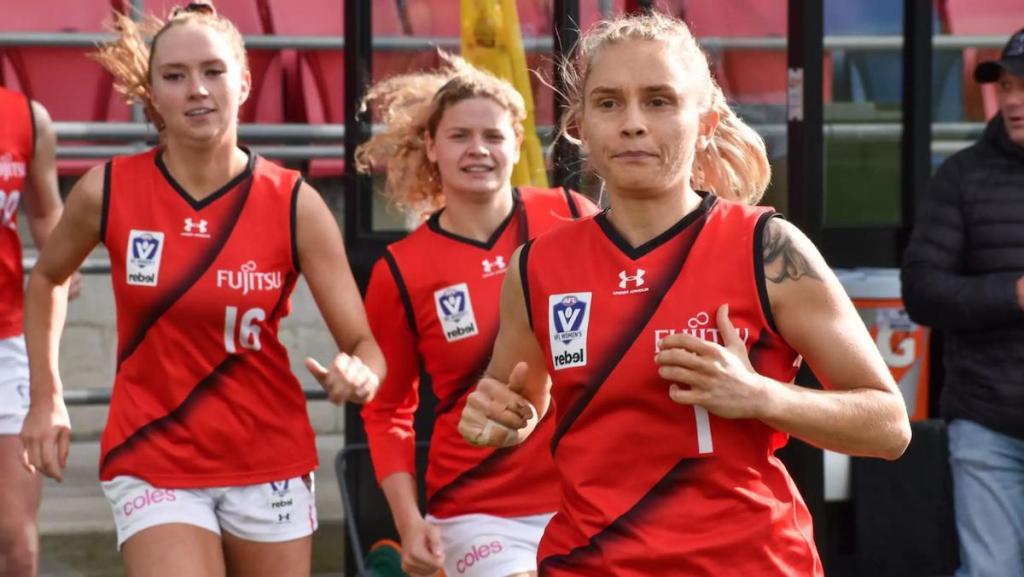 IT is finals fever in the Victorian Football League (VFL) women’s with six teams heading into action over the weekend. We run through the top stats across the first week of finals action.

Olivia Fuller was out in full force in the first week of the finals, with the Geelong Cats star getting in amongst the action to take out the top spots for most disposals (22), handballs (15) and hitouts (32). Despite her side’s six-point loss to Collingwood, Fuller continued to impress with her performance during the weekend. Another big name is Georgia Nanscawen who has been a key part of Essendon’s finals berth this season. Nanscawen impressed with the most kicks with 18 and also leading the tackle count with 12. The 29-year-old has shown an exceptional performance throughout the competition so far as she trails just behind Megan Kielly in disposals and kicks. To cap off the dominant trio this round is Tara Bohanna. The Southern Saints gun this week booted two goals and equalled Alyssa Bannan for the most marks, as the duo earned six apiece.