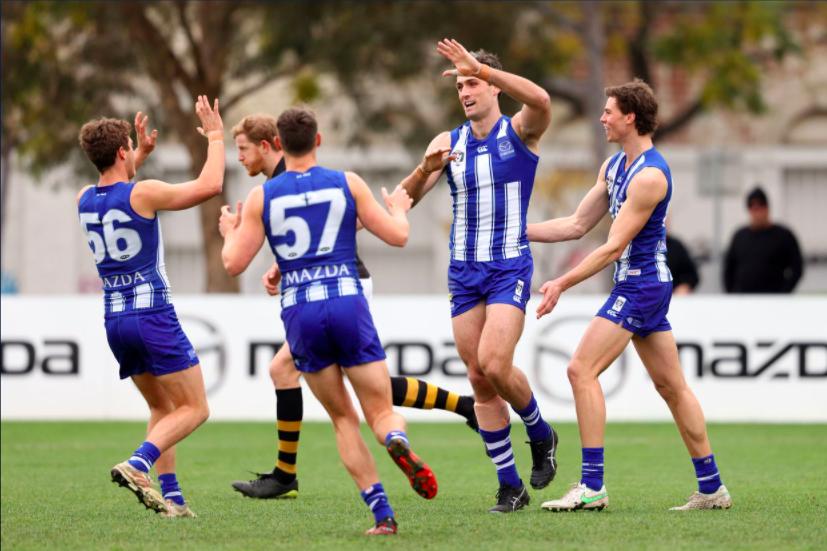 THE 2021 Victorian Football League (VFL) season rolled on into its 11th round over the weekend, with 10 fixtures spread from Friday morning to Sunday evening. There were a number of outstanding individual performances among the Round 11 action, as AFL-listed talent and state league guns alike topped a range of key categories. We take a look at this week’s stat leaders, as well as the season tallies to this point.

Senior-listed Richmond ball winner Jack Ross also worked hard to notch 15 marks as his Tigers went down to Sandringham, and Sydney’s Ryan Clarke dominated the stoppage situations with 12 clearances as the Swans took out Sunday’s Sydney derby. In the same game, Greater Western Sydney (GWS) youngster Xavier O’Halloran managed a high of 11 inside 50s as his side was beaten by 38 points.

North Melbourne had a couple of players feature on this week’s leaderboard, starting with Kade Answerth for his monster 16-tackle effort. Bigman Tom Campbell also returned a big performance in the ruck with 49 hitouts, while fellow AFL-listed tall Ben Brown bagged five majors for Casey Demons to top the Round 11 goalkicking charts, continuing his press for a call-up.

Southport may have had its bout with Gold Coast cancelled, but Jacob Dawson still leads the league for disposals and handballs, while Payne has the most kicks at an average of 20.9 and teammate Matthew Hammelmann is head and shoulders above the rest with 39 goals. Werribee pair Dom Brew (tackles) and Matthew Lobbe (hitouts) also feature on the leaderboards, as Brisbane tall Connor Ballenden is the sole AFL-listed player to lead a category, having clunked the most marks thus far.

Find the full list of Round 11, and 2021 season stat leaders below.