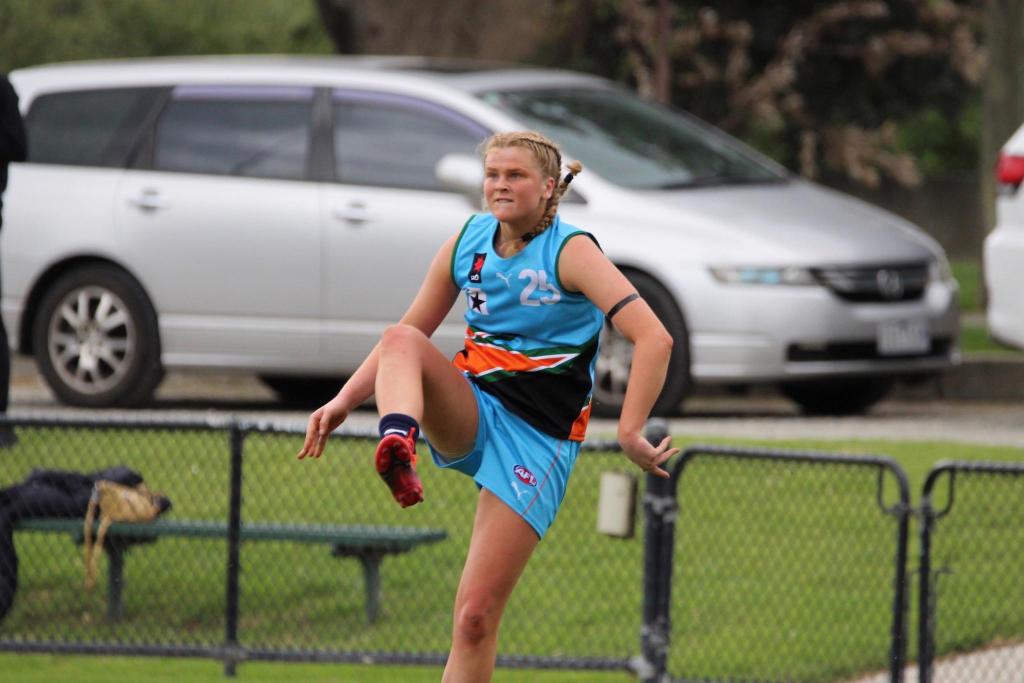 HAVING started out looking to take up a sport “different to everybody else” at eight years old, Isadora McLeay is now well versed in Australian football nearly a decade later.

The Sydney Swans Academy member had hit 100 games for local club Mosman Swans by the age of 12, but is still adding strings to her bow after the “learning experience” that was this year’s AFLW Under 19 National Championships.

“I found them really, really fun,” McLeay said. “The Allies are lucky because we get a whole bunch of different girls from different places, all walks of life, and coming together you’re learning lots of things.

“It’s a good learning experience, especially from all the coaches like Jared Crouch who has played lots of games in the AFL system. It’s really interesting to learn his perspective on things.”

In her two outings for the Allies, McLeay was able to showcase her versatility and impressive one-on-one game, thriving most down back to average 16.5 disposals, three marks, and three rebound 50s. The 17-year-old says the defensive role is one which has grown on her through representative experience.

“I find it easier to punch the ball rather than mark it,” she said. “I used to hate playing back, I used to always be put back for representative (duties) but I’ve actually started to really enjoy full back.

There are two sides to the game though and while McLeay has already shown her promising defensive capabilities, she says she is working on some of her offensive attributes to fully enhance that desirable trait of versatility.

“I focus a lot on defence because I play back,” she said. “So I probably need to work on how I attack the ball and try to move it forward rather than just trying to prevent goals.”

When football is your “whole life” and what you “look forward to most weeks”, making those improvements becomes less of a chore. McLeay has a few inspirations to feed off too, especially close to home.

“Obviously my mum has been a great inspiration for everything she’s done for me to get to where I am,” she said.

“Erin McKinnon has also come from my local club so it’s pretty interesting to see where she’s come from. “And one of my favourite players is Maddy Prespakis, just because she’s really good.”

With Sydney setting its sights on an AFLW licence in 2022, McLeay has the chance to become a lifelong Swan – from juniors, to the academy, to the top level.