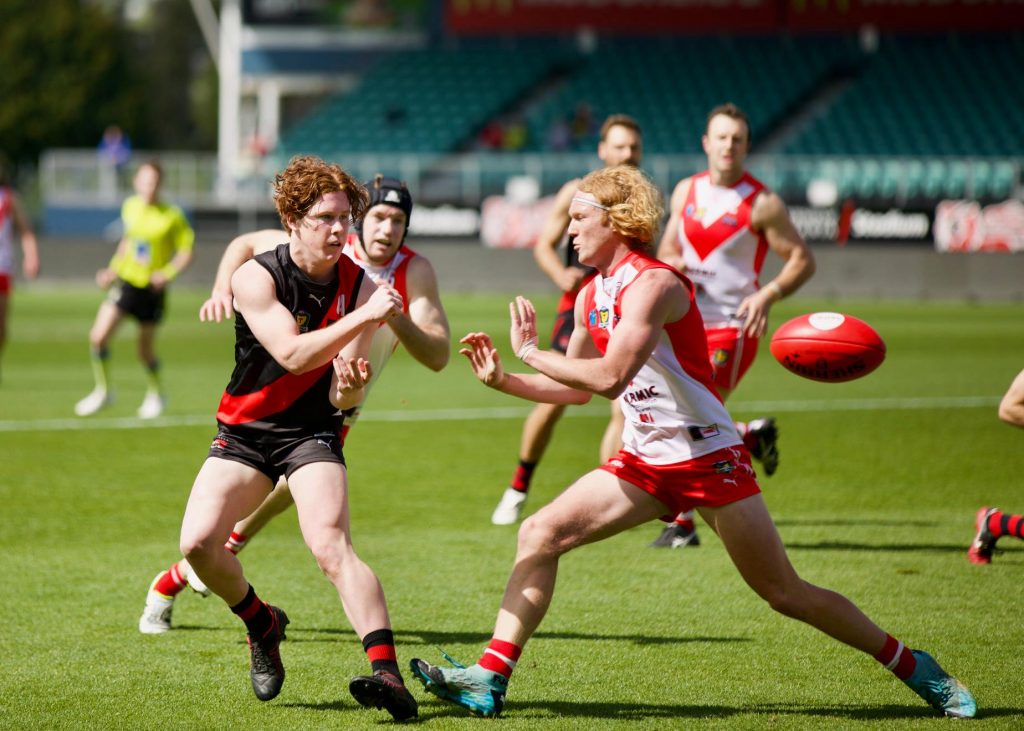 TASMANIA Devils midfielder Baynen Lowe has taken out the Draft Central NAB League Player of the Week vote for Round 10. The 17-year-old was overlooked for Allies selection, but served a timely reminder of his talents with 33 disposals, six marks, nine tackles, and 10 inside 50s in the Devils’ 33-point win over Dandenong Stingrays on Sunday.

Lowe narrowly beat Eastern Ranges skipper Josh Clarke in yesterday’s poll, despite some vocal support, sneaking two votes ahead to get this week’s nod. Clarke was also exceptional in Round 10, racking up 38 disposals, seven marks, six inside 50s and a goal as the Ranges powered past Western. Both players will co-captain the Draft Central Team of the Week.

Upon returning to the Tasmanian side, Lowe has been in exceptional form with averages of 30 disposals, five marks, five tackles, and seven inside 50s across his last three outings. He becomes the first Tasmanian to earn Player of the Week honours this season and is the fifth 2003-born prospect to do so, joining quite a high-level list of talent.