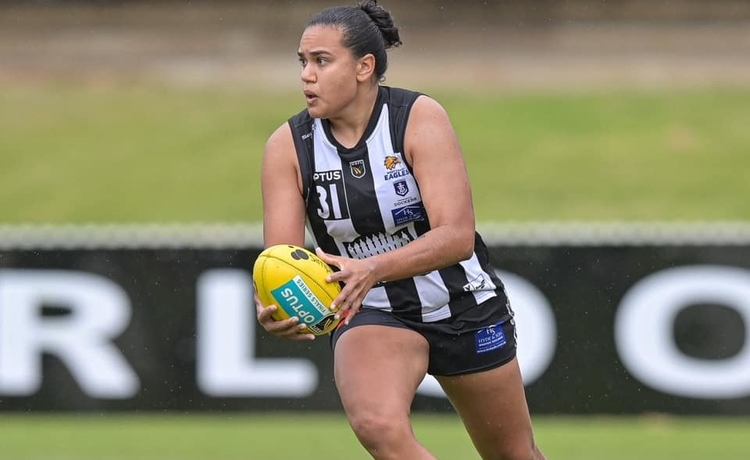 TWO teams are one win away from reaching the 2021 West Australian Football League (WAFL) Women’s Grand Final. The top of the table Swan Districts went down to Peel Thunder for the second time in a fortnight, forcing the Swans to utilise their double chance against a Subiaco side that turned the tables on Claremont a fortnight earlier. Now the Lions will hope to reach another grand final on the back of peaking at the right time of year and try and seek revenge on the Thunder who claimed their maiden premiership last year.

Focusing on Swan Districts first, the minor premiers will be keen to make sure they capitalise on a strong regular season, and have named an extended bench for Sunday’s clash. Fi Boucher adds extra experience to the team, with Naomi Baker a talent to keep an eye on also named back in the side. Shannon Matthews, Abbygail Bushby and Renee Holwill round out the five names in consideration for the final side, with only Imahra Cameron out of the team for the clash. For Subiaco, Kia Buckley is an important in, joining Tiah Toth and Madison Dodd as the other inclusions, with no omissions to speak of yet.

The midfield battle will be a fascinating one with young ruck Sarah Lakay testing herself up against Jessica Ritchie, whilst a couple of AFL Women’s players in Bianca Webb and Hayley Miller could go head-to-head. Dana East and Jessica Cox round out the Swan Districts’ onball brigade, looking to lock horns with their more experienced opponents in Tarnica Golisano and Lara Filocamo. The Swans’ midfield is star-studded with the experience of Mikayla Hyde and Steph Cain on the wings, whilst Maggie MacLachlan is another elite level player running around for the Lions.

Inside 50 for the Lions, Amy Hunt, McKenzie Dowrick and Jamie Rust are targets teammates can look for, up against the likes of Emily McGuire, Aimee Ralph and Eliza Gelmi. With young guns Melisha Hardy and Jaime Henry also back there, the Swans’ defence is mighty impressive. Similarly up forward, Sarah Wielstra and Taylah Edwards know how to hit the scoreboard, with the run of Tara Stribley and class of Nyra Anderson also providing different dynamics in there. For Subiaco, Caitlin Walker did a good job on Ella Roberts last week and will be up for another big job in the preliminary final, whilst Jayme Harken, Claire Ortlepp and Tayla Thorogood are ever-reliable.

The depth coming off the bench could feature teenagers Brianna Hyde and Kloe Taylor for the Swans, with Buckley the one to watch for Subiaco. With reliable defender Lauren Osborne also capable of locking down on an opponent, the Swans have no shortage of players to call upon to do jobs. Based on the sides, whilst Subiaco have a strong team and are deserving to be in the final three, Swan Districts have stars across every line, and it is hard to see them dropping this game based on their regular season form.