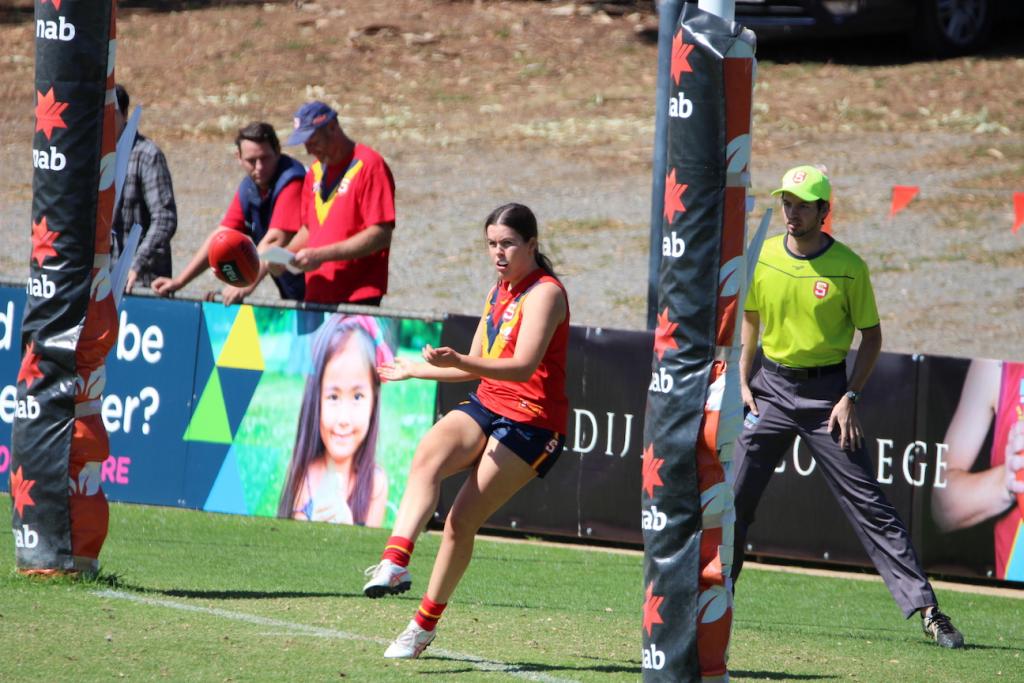 STURT utility Alex Ballard is a player capable of shining at either end of the field, with her versatility tested throughout state Under 19s and SANFL Women’s duties. The top-ager already has over 30 senior games to her name after debuting in 2018, utilised as an equally capable intercept marking defender and full forward in that time, as well as during her representative stints.

As an marking and rebounding defender, Ballard shares similar traits to one of the top level footballers she looks up to, her own brother, Charlie. The Mitcham Hawks junior says he is not the only inspiration for her football career, though.

“My brother Charlie is probably the most obvious [mentor], but also my dad,” she said. “He’s always been very supportive and never puts pressure on me. “If we’re looking at footy skills, looking at Charlie and how he plays, he’s a good intercepting defender and has a good kick so I look up to him.

“Chelsea Randall [too], because she plays in defence and that’s my most preferred position. She’s courageous, always hard at the ball and is not afraid to drop off her player to impact the contest.

“In the defence I’m a bit tall so I play on the bigger bodies and float off my player when I can to take those intercept marks.”

Ballard’s aerial quality came to the fore during another strong SANFLW campaign, in which she averaged nine disposals and four marks per her nine outings. The 170cm prospect also averaged virtually identical numbers across three state games, with that form enough to land her a spot in the recent SANFLW All Stars showcase. There, she was among the best afield for Team Red.

Having started out in a nine-a-side carnival with the Mitcham Hawks, Ballard’s honours have stacked up over the years. While she was overlooked in the 2020 AFL Women’s draft, the 18-year-old continues to press on and is also kept busy by her life outside of football.

“I’m at Adelaide Uni, I’m studying health and medical science,” she said. “I’m interested in going into the cancer research field so that keeps me busy outside of footy, balancing [them] at the moment.”