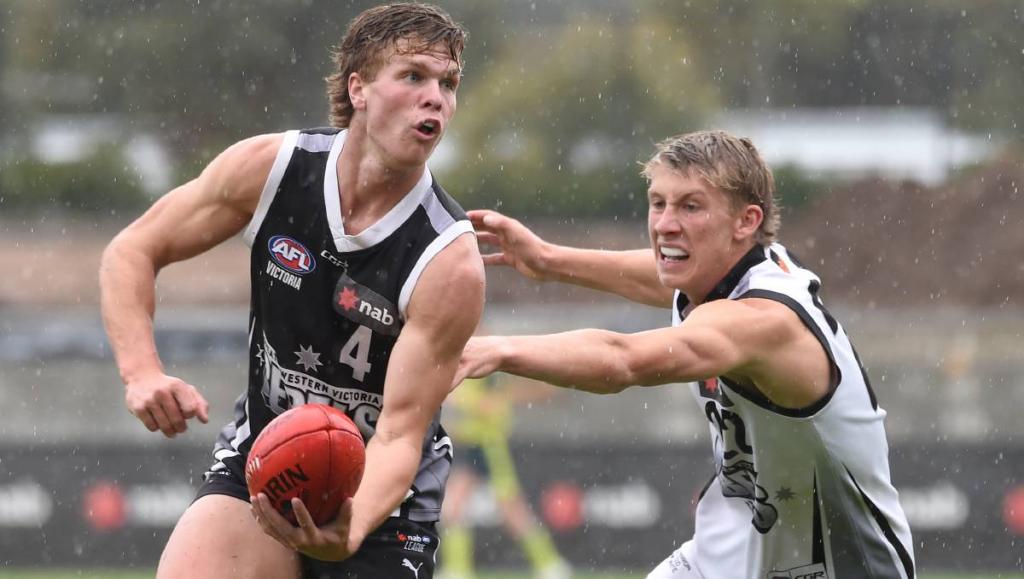 GREATER Western Victoria (GWV) Rebels midfielder Ben Hobbs has taken out the Draft Central NAB League Player of the Week vote for Round 9. The hard-nosed inside ball winner got the nod ahead of Northern Knights jet Josh Ward, with both players co-captaining our Team of the Week. It was a tough week to narrow down to two nominees, with a number of players producing eye-catching best afield displays.

Hobbs marked his return from injury with 34 disposals, three marks, nine tackles, four inside 50s and two goals in a stellar performance, as the Rebels beat Murray Bushrangers by 33 points. His repeat efforts and two-way competitiveness at the contest shone through, with the 183cm prospect showing just why he earned AFL Academy honours this year. He started season 2021 with 22 touches and eight tackles in Round 1 before going off injured early in his Round 4 dig, also against Murray.

The 17-year-old becomes the second Rebels talent to earn a Player of the Week nomination, after Fraser Marris earned the same honour in Round 4. Marris is the sole top-ager so far to feature on the five-man list this year, with a very promising bunch of 2003-born players producing the goods in each other round.