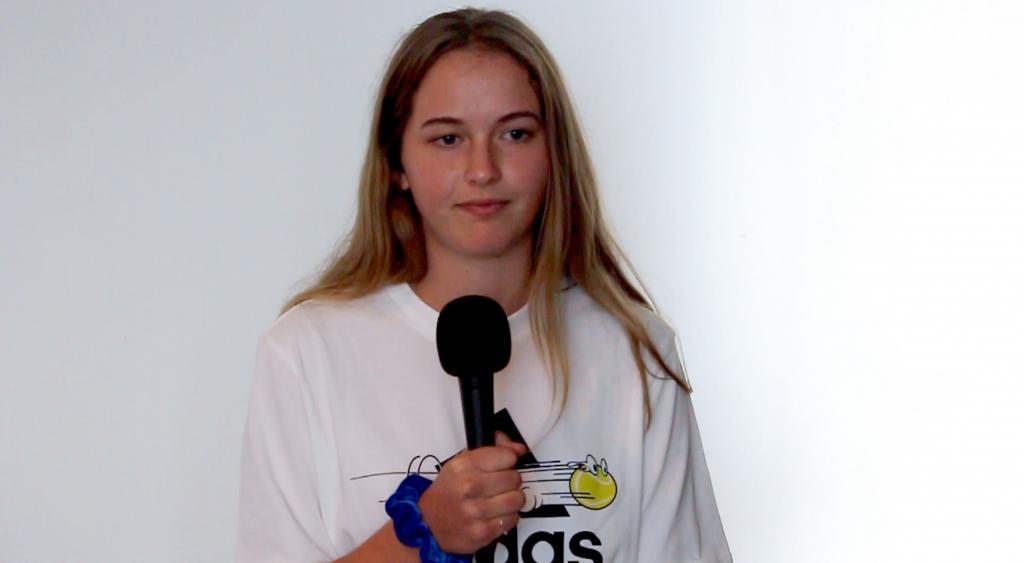 SUBIACO’S Charlotte Thomas would have no doubt preferred to have run out in the West Australian Football League (WAFL) Women’s competition more than once this season, but unfortunately has not been able to get on the park due to a wrist injury. The AFL Women’s Academy member has certainly had the runs on the board in previous years to have her well and truly in the draft mix, but it has still not been the easiest year.

Thomas thanks the rehabilitation staff at Subiaco, as she eyes a proper return to full fitness. Initially there was hope she would make it back in time to represent Western Australia at the AFL Women’s Under 19 Championships, but it was not to be. However, the talented teenager still have an important role.

“I was running water yesterday (against Allies) so that was good to stay involved but really grateful I still got to come and get around the girls and support them,” Thomas said.

Her journey started quite young, involved in backyard kicks with her family, Thomas said it was only natural she followed her brother into Australian rules football as it was a sport that always came natural to her.

“I have an older brother four years older than me,” she said. “He played Auskick and was kicking with dad in the backyard and it just felt normal to just join in with him. “So started playing Auskick when I was pretty young like six-years-old.”

Fast forward from her days at Auskick, and Thomas found herself at Subiaco, where she has played plenty of matches in the WAFL Women’s League side, praising the Lions for their professionalism and experienced teammates who have helped in her development.

“It’s been really good,” Thomas said. “Down at Subi, all the AFLW girls there, really good experience training with them and playing a couple of games with them. “A really good club down.”

Having shown serious potential from a young age, Thomas has been a member of the AFL Women’s Academy, something that the Subiaco youngster has been “really good”.

“(It’s) just a great base of coaches and support network that I can really rely on and get information from,” Thomas said.

With her kicking and skills named amongst her strengths – as well as reading the ball well and having the footy smarts to know the play before it happens – Thomas said she had a key area of improvement in mind in order to continue developing.

“Probably just my overall fitness and strength,” she said. “(I) just want to get a bit stronger around the contest.”

When looking at her inspirations over the journey, Thomas said a trio of AFL Women’s players in Collingwood’s Chloe Molloy, West Coast’s Bella Lewis and Fremantle’s Gabby O’Sullivan were all talents that she looked up to throughout her career due to the way they went about their football. One day. Thomas said she hoped to join them in the AFL Women’s ranks.

“Hopefully get drafted and just play the best that I can throughout my career and have a good, long healthy career hopefully playing AFLW,” she said.