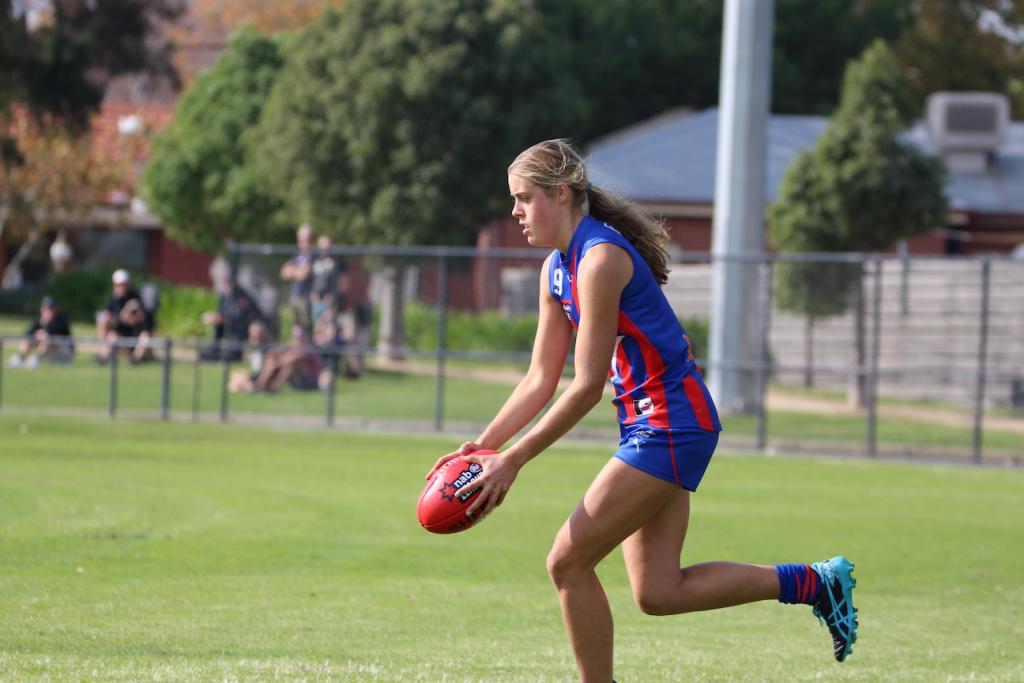 IN our latest Victorian Football League (VFL) Women’s Player Focus, Draft Central’s Ashleigh Matosevic looks at Port Melbourne’s Brooke Vickers during her debut against North Melbourne on the weekend. Vickers was one of the higher ball-winners for the Borough, amassing 13 disposals in a promising outing at senior level. Taking a quick look at quarter by quarter, we see how she performed stepping up from NAB League Girls level.

The first quarter saw a quiet opening for Brooke Vickers. Within the first few minutes of play, Vickers got in possession of the ball and swung into action with a sharp kick. However, the other end of her kick ultimately led to a turnover going the opposition’s way. Vickers remained on target moments later, as she got a hold of the ball with a mark. She capped off the quarter with a quick handball.

Vickers presence was a lot stronger in the second quarter. Right from the first bounce, the Port Melbourne player showed focus and poise as she marked the ball, instinctively kicking it. But once again, the ball managed to find its way in the hands of a North Melbourne player. Third time was a charm for Vickers as her kick of the ball found a teammate well. An attempt at tackle was made by Vickers but was not enough to catch her target off guard.

Third quarter was another quiet one for the Port Melbourne young gun. Vickers tried to reach out for the ball at one stage but was not able to get to it in time. Another moment for Vickers was her determination to defend. Throughout the quarter, she could be seen running back and forth across the field multiple times.

Final quarter saw Vickers involved in more of the game. Her first tackle of the game occurred during the quarter and was a memorable moment of hers. Her focus was clear as she was quick to gain possession of the ball following on from her tackle. Another highlight of Vickers was when she kicked good distance accurately over to a teammate of hers. Possession was a strong suit for Vickers, demonstrated once again by her getting the ball before kicking it one last time in the final minutes of the game.

Vickers provided some good moments on her Port Melbourne debut, and whilst she showed more impact in some quarters than others, she was able to compete against senior bodies. Vickers showed promising signs with multiple marks and moments of possession of the ball demonstrated during her match against North Melbourne.