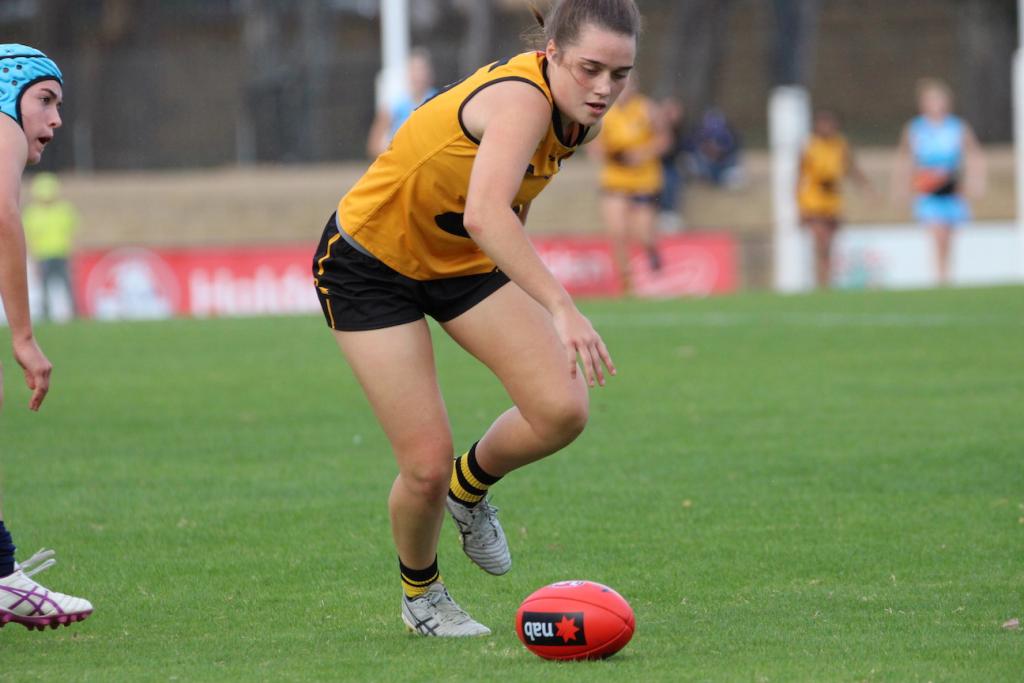 PEEL Thunder prospect Bella Mann is a talented multi-sport athlete. A former basketballer and netballer, the 17-year-old has taken to the Australian football code quickly after getting her introduction as a “fill in”.

“I started playing basketball and netball since I was little,” Mann said. “When I moved to Baldivis, my friends had a local footy team and they needed me to fill in, they were just one player short. So I went and filled in and I loved it.

“Especially coming from basketball and netball, I loved getting more aggression into it and stuff like that. “I played at Baldivis for a bit and then got picked up by Peel at the end of it.”

Now part of the Peel Thunder “family, Mann has taken quickly to senior football with aplomb. She has been a mainstay for the finals-bound Thunder, with her form enough to earn selection in Western Australia’s Under 19 squad. Within the two squads, she has been able to thrive in multiple roles and showcase a development of key traits.

“I’ve been thrown around a bit this year,” she said. “I played back, mid, forward. I was a mid at Baldivis but I think I’m starting to go down back a bit more now.

“One of my strengths would be my contested marking and tackling. I’m working on my fitness, that’s probably the major [improvement] for me.”

As the type who can play both tall and small in terms of roles, Mann proved a reliable interceptor across WA’s Under 19 defence. She looks towards an elite midfielder for inspiration though.

“Monique Conti from [Richmond],” she said. “She [played] basketball, she does it all as well. And she’s not just such a good player, she does so much for her club as well… she’s just a good person.”

With a terrific trail to follow, Mann is looking to simply be “the best footballer” she can, with landing at an AFLW club the ultimate goal.