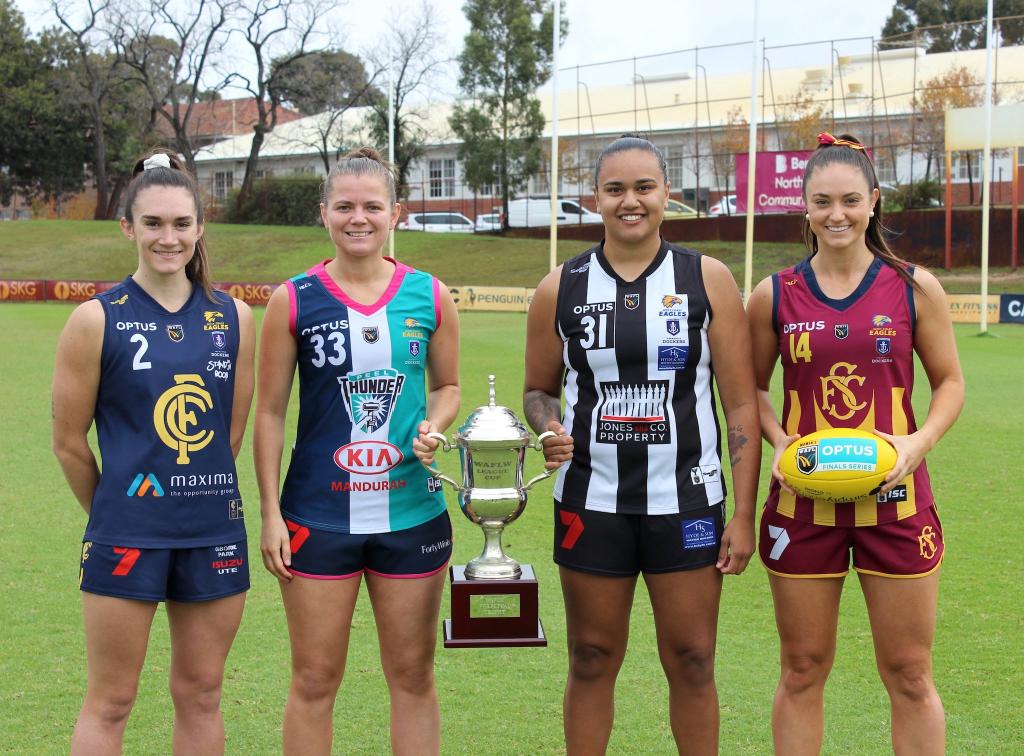 IT is finals time in the West Australian Football League (WAFL) Women’s competition, with the final four teams remaining in the title race, and only three will be there by Sunday night. We preview the two huge clashes.

It is do or die time for Claremont and Subiaco as the Tigers are back in the finals series after missing out in 2020. This year Claremont replaces East Fremantle in the final four, whilst Subiaco will hope to extinguish its recent finals history by bouncing back and going all the way in season 2021. They will have to do it the hard way however as the lowest placed side coming into finals, whilst the Tigers are fresh off wins against not only Subiaco a fortnight ago, but Peel Thunder last week, giving them confidence they can match it with anyone on their day, and give themselves a huge chance to go deep in the WAFL Women’s finals series.

The Claremont defence is strong with West Coast key defender Sophie McDonald and West Australian State Academy member Matilda Dyke along with the likes of the reliable Rachel Ortlepp and experienced Amy Fortescue. They will look to find a way to restrict former Eagles and Lions AFLW talent McKenzie Dowrick who can create plenty of scoring opportunities in the forward half, as well as Jamie Rust, Madi Wilkins and Amy Hunt. Up the other end, Tessa Doumanis and Amy Franklin have been on fire for the Tigers and will both want to put their best foot forward ahead of the AFLW Draft Combine, whilst Brooke Whyte, Mhicca Carter and Amber Goodwin-Wissink are all capable of kicking multiple goals in a match.

Claire Ortlepp will hope to have the family bragging rights running out for Subiaco, and she has experience in the back 50 with Tayla Thorogood and Jayme Harken among those back there. Through the middle, the ruck battle between Matilda Husband and Jess Ritchie will be fascinating as Hayley Miller, Tarnica Golisano and Maggie MacLachlan going up against Ella Smith, Kate Orme and Jess Low make it some tantalising battles. Throw in the likes of Sarah Garstone and the exciting Mikayla Western off the bench for Claremont, and Lara Filocamo and youngster Kia Buckley for Subiaco, and the teams are well balanced.

It is anticipated to be a close game, and their last outing saw just one point separating them, but Claremont have the runs on the board of late, and are at home, so the Tigers in a tight one

The top two teams do battle at Steel Blue Oval on Sunday in what is a blockbuster clash between the sides. The reigning premiers Peel Thunder come in as the lower ranked team this year, but they can bring the positivity that they were the only team to knock over Swan Districts in the regular season, and it only happened a fortnight ago. The Thunder stumbled against Claremont last week with a couple of injuries to young talents Courtney Rowley and Jade Briggs, but will be hoping to bounce back and book their spot in a second straight grand final. For Swan Districts, the minor premiers will be keen to reward their terrific home and away season and advance through to the final match of the season by turning the tables on the team that defeated them recently.

Peel’s firepower up front is what makes it so damaging. Lead by leading goalkicker Kate Bartlett who shares the goals around with Western Australia’s Most Valuable Player (MVP) at the AFLW Under 19 Championships, Ella Roberts, and former WAFLW best and fairest winner Kira Phillips, the Thunder have plenty of targets inside 50. Swan Districts’ defence is rock solid with Emily McGuire and Eliza Gelmi providing great lessons to their younger teammates, Under 19s state representatives Nyra Anderson and Mel Hardy, and Under 17s representative Jaime Henry forming a young but talented defence. Up the other end, Bella Edgley and Dana East are some young guns in the black and white to look out for, with Bianca Webb and Aimee Ralph providing more experience to the side. Peel’s defence of Ebony Dowson, Demi Liddle, Cassie Davidson and Tanisha Anderson is unbelievable, and always hard to score against.

Looking to the midfield, Sarah Wielstra will have first crack in the ruck against Lauren Quaife, with Sarah Lakay on the bench ready to rotate through there. Mikayla Hyde, Jess Cox and Imahra Cameron onball, and Steph Cain and Tara Stribley on the wings, and the Swans have plenty of hardened talents and running players as well. They will lock horns with an equally impressive five of Gracie Fenton and Chloe Wrigley who both shone last week for the Thunder, as well as AFLW experienced talents in Sarah Verrier, Sabreena Duffy and Katie Jayne Grieve. Also on the bench are state representatives Brianna Hyde and Kloe Taylor who are sure to provide a spark for the Swans, while the state Under 19s captain Jaide Britton, defender Bella Mann and fellow youngster Emily Gunton shows the ridiculous depth the Thunder have at their disposal

It is near impossible to split the lineups here with AFLW players and future AFLW players galore, but Swan Districts finished on top of the table and will be keen to make that count for something after the loss a fortnight ago, though the depth at Peel is remarkable.