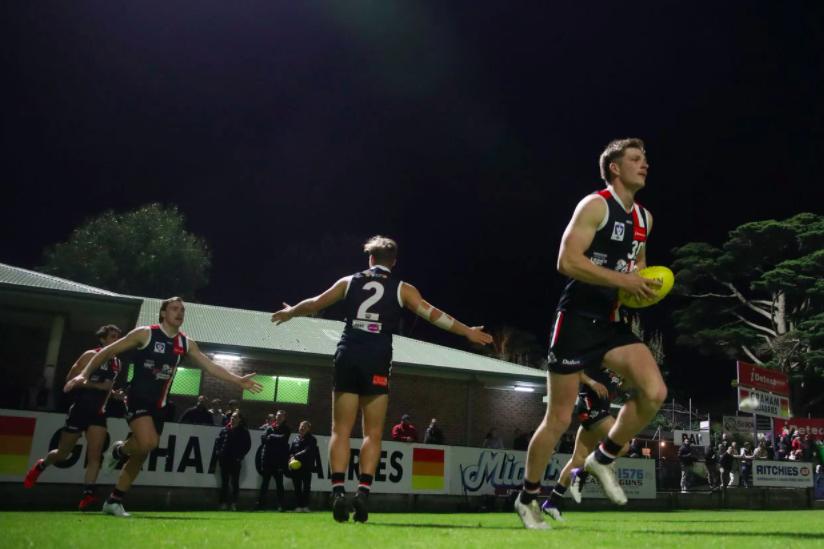 THE Victorian Football League (VFL) will be bolstered this weekend with the return of Victorian teams, after sides from New South Wales and Queensland shouldered the load amid the state’s lockdown. South Australia and Western Australia will experience condensed rounds in their respective 11th sets of fixtures, while it is business as usual down in Tasmania for Round 12. That, and more in our state league preview.

The return of Victorian sides sees Round 10 of the VFL extended back out to nine fixtures, stretched from Friday evening across to Sunday afternoon. Arguably the game of the round kicks off proceedings, as Geelong (fourth, 4-1) hosts Footscray (third, 5-0) at GMHBA Stadium. With both sides sitting pretty in the top four and in top form heading into the unforeseen break, it will be intriguing to see who dusts off the cobwebs quicker and returns to their previous peaks.

On the same night, standalone sides Frankston and the Northern Bullants battle it out at Skybus Stadium, with the Dolphins looking to crack a top eight spot. Conversely, the Bullants remain on the hunt for win number one and have a good opportunity to do so in a prime time setting.

Headlining Saturday’s action is a Queensland double-header, with ladder leader Southport in action against Brisbane Lions. The other Sunshine State bout sees Aspley host Gold Coast, with all four northern teams remaining in action after a busy couple of weeks competing between themselves.

Among the round’s other highlights, Richmond and Williamstown lock horns at Downer Oval in another top eight clash. The Tigers are currently clinging onto eighth spot with plenty of challengers rising, while the standalone Seagulls sit fifth, boasting one more win than their weekend adversaries.

Crowds are still not allowed to attend games in Victoria, though three of the state’s seven fixtures will be streamed for free on Kayo. The full set of fixtures can be found below. 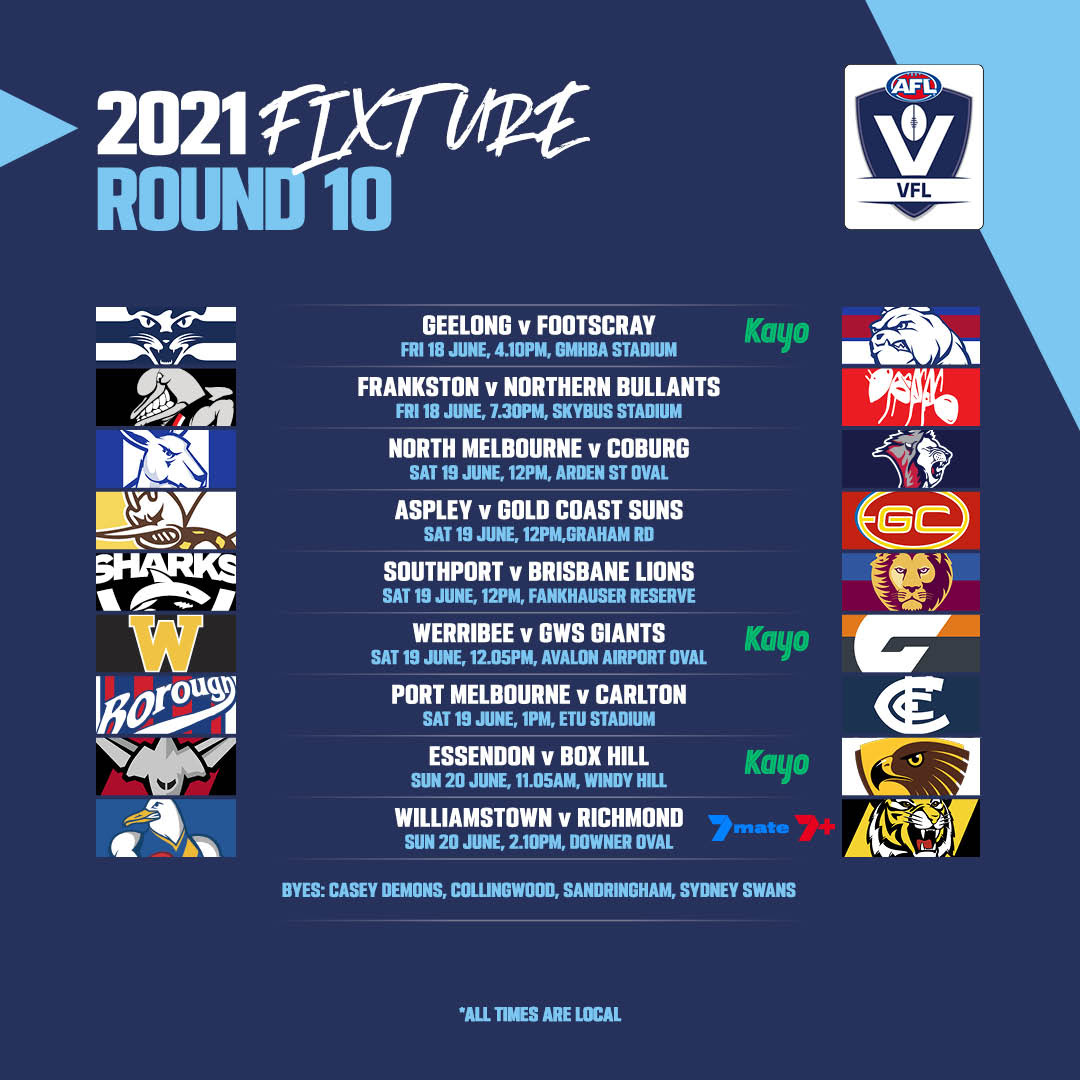 Only four teams will be in action during Round 11 of the South Australian National Football League (SANFL), with lone fixtures on Saturday and Sunday making up the extent of the weekend’s play.

Central Districts and West Adelaide throw down on Saturday afternoon at X Convenience Oval, in what should be a tight bottom-two clash. Both sides have the opportunity to move clear of the bottom wrung, laying claim to only two wins each thus far.

Promising youngster Shay Linke is set to make his debut for the Bulldogs among three changes, replacing the suspended Justin Hoskin. Westies are set to be bolstered by the inclusion of Kieran Lovell, while speedy Northern Territory native Ronald Fejo Jnr comes in for his League debut on the wing.

In Sunday’s game, Sturt will also look to claim its third win for the year when it takes on Port Adelaide at Alberton Oval. Double Blues junior Jed McEntee faces an odd predicament, debuting for Port against his old side having been selected in the AFL mid-season draft.

Port also regains skipper Cam Sutcliffe, while Lachlan Burrows is among the inclusions for Sturt, who lose Tasmanian tall Hamish Allan to injury. The Magpies’ four-game winning run came to an emphatic end last week, so they should fancy a bounce-back result in this outing.

The opportunity to move clear atop the Tasmanian State League (TSL) ladder looms for Launceston, as the Blues open Round 12 against Glenorchy on Saturday afternoon. Currently level on eight wins with North Launceston, the Blues will look to create some breathing space this weekend as the Northern Bombers have the bye. They’ve bounced back well with two wins after their own bye, and Glenorchy will be in for a tough test to overturn the 148-point trouncing it experienced against Launceston in Round 5.

In the day’s 2pm fixtures, Tigers and Clarence meet for a top four clash, while Lauderdale and North Hobart lock horns for a bottom-two showdown. Tigers should carry some confidence from its 22-point win over Glenorchy last week, which made it three victories in four weeks. Clarence took the chocolates in their Round 5 battle though, serving as a handy mental edge coming in off the bye.

Both Lauderdale and North Hobart have only saluted once in 2021, and can move clear of the bottom rung with a second victory on the Demons’ home patch. The Bombers’ sole win of the season came all the way back in Round 1, and one of their nine losses came at the hands of North Hobart – in Round 5. It should be a tight and tense battle with rare points up for grabs.

Another slightly condensed round of West Australian Football League (WAFL) action will see three games played, all on Saturday afternoon. Kicking off proceedings, Subiaco will look to bounce right back to top spot when it hosts the winless West Coast at Leederville Oval, with all sides fresh off a bye round.

A top five clash sees Swan Districts (fourth, 5-3) and West Perth (fifth, 4-4) throw down at Steel Blue Oval, in potentially the game of the round. The Falcons need a win to hold onto fifth, pending results in the day’s other fixture.

That fixture in question sees Perth take on East Fremantle. The Demons are level with West Perth on four wins, and could potential jump the Falcons with a win over East Freo, who sit in eighth at 3-5.