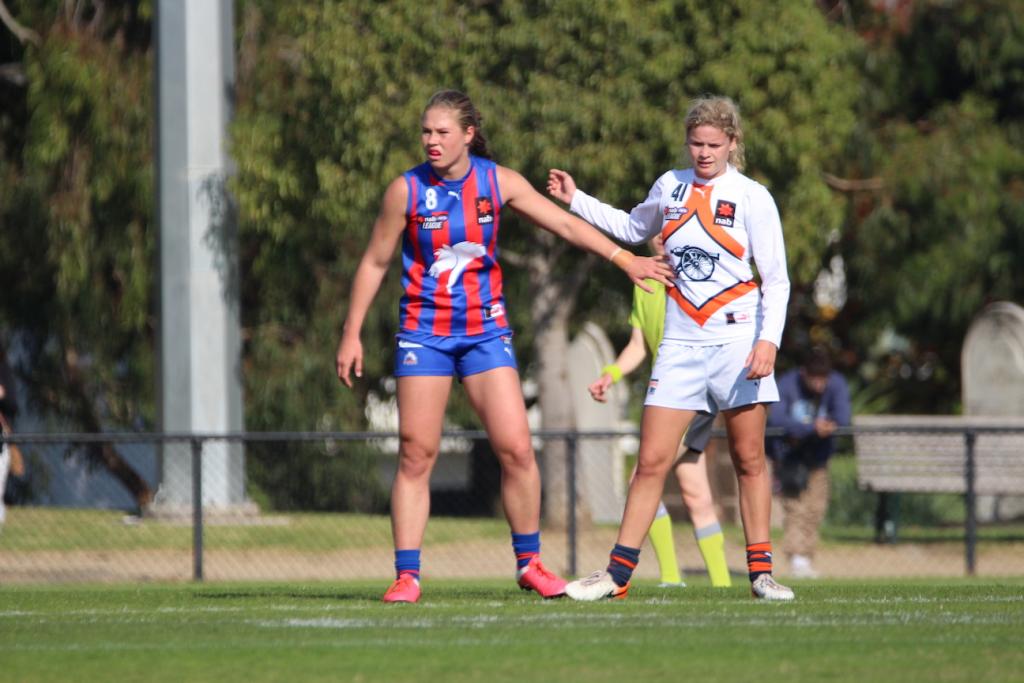 TOMORROW marks a new milestone in AFL Women’s Draft coverage. For the first time since the introduction of the AFL Women’s, Draft Central will release a Top 30 Power Rankings for the Victorian pool. Whilst no a national draft yet, the Victorian pool will feature the most available draft selections compared to the other states given the eight teams in that state. Whilst we will be taking a look at state-by-state draft previews in the lead-up to the AFL Women’s Draft, the Power Rankings – which is purely opinion-based will just feature the Victorian or Tasmanian players as they are the ones vying for spots in the largest draft pool.

In a sneak peak of tomorrow’s Power Rankings which will be released at 8pm, the breakdown of Top 30 players will see four pure VFL Women’s players in there, with plenty of NAB League Girls talents who have stepped up to the top level. With the release of AFL Women’s Draft Combine invitations, those with an invite, and those mature-age talents from the state league competitions will feature prominently, but there will also be a mention of others to keep an eye out on.

The Power Rankings will be the first of two, with a second edition to come at the conclusion of the VFL Women’s season just prior to the draft. Of the June Power Rankings, one Victorian club will have five players in the top 18 and another having four in the top 22, and two players born prior to 2000 in the Top 30. Keeping in mind that the rankings do not necessarily indicate draft order – indeed it only includes those from the expected Victorian pool – but rather ability based on opinion, with such an even draft crop making it difficult to split.

Some players chosen in the Power Rankings might go lower in the AFL Women’s Draft, but would therefore be considered value selections for the clubs that pick them. But one thing is for sure, much like Draft Central’s AFL Draft Power Rankings, it is incredibly difficult to select the order given the wide array of talent across the NAB League Girls and VFL Women’s competitions.

Keep your eyes out for 8pm tomorrow night as the first ever AFLW Draft Power Rankings drop on Draft Central.