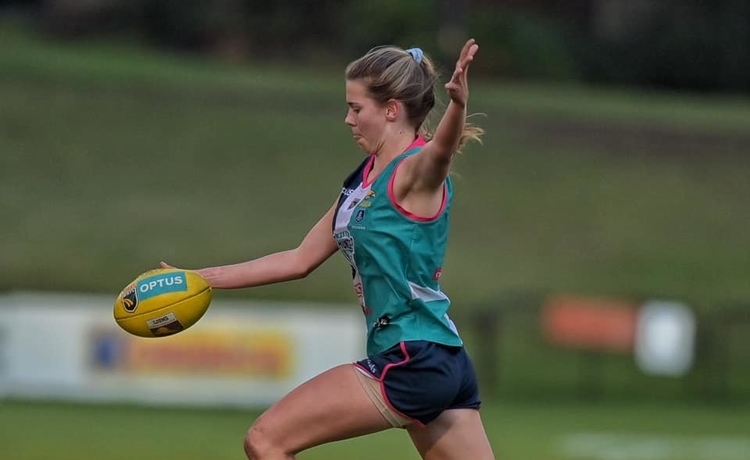 AFTER an interrupted 2020 season, the West Australian Football League (WAFL) Women’s competition had a relatively unscathed year, with only a round missed and previously a brief lockdown in preseason stopping them from having a complete run at it. Now the teams are suiting up for the final regular season round, with the four finalists decided, but plenty still on the line in terms of pride as well as a mental advantage heading into finals.

The match of the round is two finalists up against each other with second placed Peel Thunder travelling to third placed Claremont in what could be a preview of a finals head-to-head at some point. The Tigers are coming off a one-point loss to Subiaco, whilst the Thunder became the first team to topple Swan Districts this year last weekend. Despite the different form lines from the penultimate round, expect this clash to go down to the wire.

Both Katherine Bennett and Emily Bennett are among those unavailable from the Claremont lineup, as Sophie McDonald and Kate Orme return to provide some extra experience. For the Thunder, Sabreena Duffy is out of the game with Demi Liddle, whilst an extended bench comes in, which includes the likes of Hannah Church and Tajah Griffiths. With plenty of great head-to-heads across the field, it will be fantastic to see just how the match goes down.

Tessa Doumanis and Amy Franklin starred up forward for the Tigers booting two goals each for Claremont’s entire goals haul, and will have to be tightly watched this week. The Thunder defence which includes the likes of Beth Schilling, Ebony Dowson and Cassie Davidson is remarkably hard to score against, and the forward line of Ella Roberts, Kate Bartlett and Kira Phillips is even more potent. Claremont has an equally reliable defence thanks to McDonald, Sarah Garstone and Rachel Ortlepp back there. Through the middle, the head-to-head of Mikayla Western and Sarah Verrier could be huge, with Orme taking on Western Australia’s Under 19s co-captain Jaide Britton on the other wing.

The sole Saturday game sees fourth placed Subiaco and fifth placed East Fremantle do battle, but because Subiaco toppled Claremont last week, the result is effectively a dead rubber in terms of finals calculations. Roxy Roux and Gabby Radojkovich are crucial inclusions for the Sharks, as the Lions are keeping everyone guessing with an extended bench that features Taylisha Brown and Dahna Lee among others. Roux has been named in the centre against Tarnica Golisano which is a massive battle, whilst the Sharks’ forward line of Rosie Walsh, Alex Wiliams, Chloe Reilly, Madeline Ross and Radojkovich is a dangerous one. The Sharks have an incredibly strong midfield in Lara Filocamo, Tiah Toth, Maggie MacLachlan and Golisano in what should make for a fascinating close battle.

The final match of the round features a top-against-bottom clash, with the minor premiers Swan Districts coming off its first loss of the season to Peel Thunder, whilst South Fremantle is yet to taste victory in two seasons. The Swans will be without the likes of Mikayla Hyde, Steph Cain, Mel Hardy, Bianca Webb and Emma Nanut for the clash, with Naomi Baker, Tara Stribley and Nyra Anderson among the young talents coming into the Swans’ outfit. South Fremantle has named an extended bench with Kiara Templeman, Nikita Hart, Nikita Little and Melissa Silcock on it.

The Swans do not have a weakness across the ground and expect the midfield of Jess Cox, Dana East and Brianna Hyde to take control, with Sarah Lakay rucking. A huge battle between Lakay and next year’s draftable talent Lauren Wakfer could be huge around the stoppages, with Wakfer and fellow ruck Mim Strom named up forward with other young talents, Makaela Tuhakaraina and Ashleigh Little. Jaime Henry is fresh off an impressive Under 17s couple of clashes with the State Academy, and joins Emily McGuire and Aimee Ralph in that reliable back five.