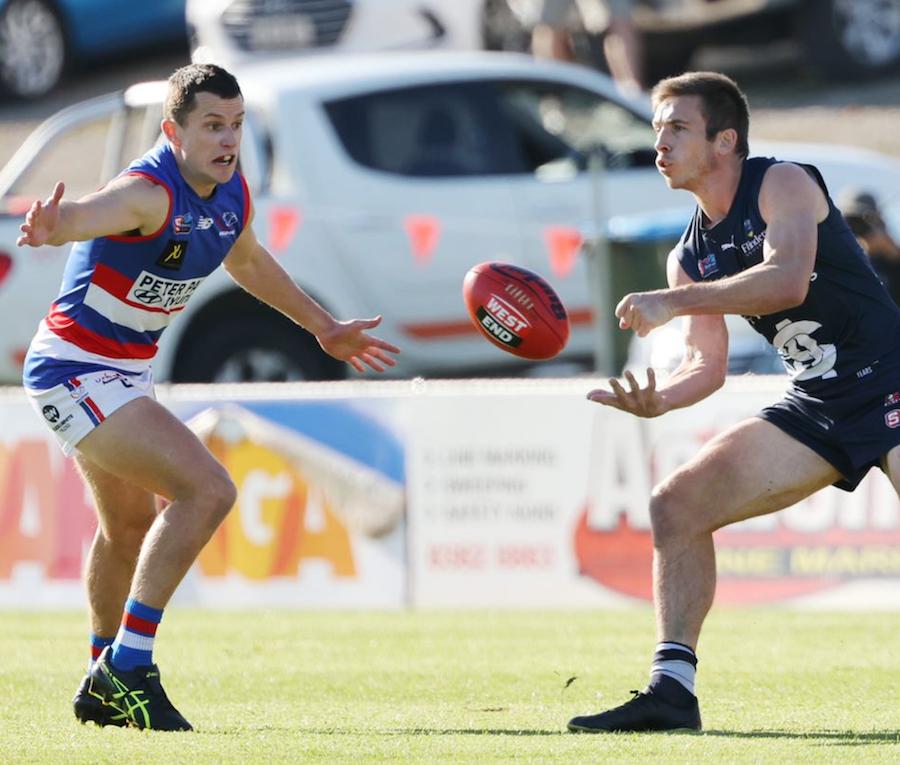 TEAMS from NSW-ACT and Queensland will again shoulder the load in the Victorian Football League (VFL), but the competition is nearing a full return with Victorian sides back in training and the AFL scrambling to make fixtures work. It’s business as usual in South Australia and Tasmania, while West Australian fans will have just two fixtures to feast on this weekend. That, and more in our state leagues preview.

A couple of top five clashes headline the Round 9 SANFL League action, while competition frontrunner Glenelg looks to push its winning record to 10 games. The Bays take on North Adelaide on Monday, and the sixth-placed Roosters may find the going tough without Billy Hartung this week.

Also on Monday, South Adelaide and Norwood lock horns at Flinders University Stadium for the first of two top five bouts. The Panthers currently sit pretty in second and will want to celebrate Joel Cross‘ 200th League game with a win. Norwood rounds out the finals places as it stands, with potential debutant Sam Morris named on a seven-man Redlegs bench.

On Saturday afternoon, Woodville-West Torrens will look to remain clear in third as Port Adelaide comes to town, looking to maintain its strong run of form. The Magpies will be without skipper Cam Sutcliffe (shoulder), but are set to field mid-season draftee Jed McEntee, who crosses from Sturt. His old side will do battle with Adelaide on the same afternoon, to see which side can grabs its third victory of the season.

Among the raft of team changes this week in the TSL are a good number of Tasmania Devils representatives, who come out of the state league to fulfil their NAB League duties this weekend. Another three-game round kicks off tonight as Glenorchy (fifth) and Tigers (fourth) go head-to-head at KVG. It looms as the closest game of the round, and is in terms of ladder position, though Tigers sit two games and plenty of percentage clear of their weekend rivals.

Elsewhere, Launceston takes on the returning North Hobart in a top versus bottom clash on Saturday afternoon. Pending other results, the Demons could climb out of seventh spot with a win and should come in fresh after a bye round. They have been heavily hit by the NAB League return though, with a bunch of first team youngsters filtering back out of the side.

Saturday afternoon’s other game pits Lauderdale against North Launceston in what looms as another one-sided affair. The Northern Bombers sit second, level on points with Launceston, while Lauderdale is all the way down in sixth at 1-8. Hardly a side to show mercy, last year’s minor premier will look to flex its muscle here and keep touch with the Blues.

The Victorian-branded VFL again presses on without teams from its home state, as NSW-ACT and Queensland again shoulder the totality of fixtures this weekend. Round 9 sees the Sydney Swans and Gold Coast SUNS reserves do battle at Tramway Oval on Saturday afternoon, with both sides looking to bounce back from respective losses to Southport.

GWS GIANTS take on Aspley at Blacktown International Sportspark in the day’s other game, making for another fresh Queensland derby – at least in the expanded VFL competition. The Hornets sit one ladder wrung below the GIANTS (2-3) with one win from six outings, but will be hungry to avenge last week’s dramatic one-point loss to Brisbane, spearheaded by competition leading goalkicker Matthew Hammelmann.

The AFL announced that Victorian clubs have returned to training as of June 11, and say they are committed to working through the final rounds in both the VFL, and VFL Women’s competitions.

West Australian state league fans will only have two games to keep tabs on this weekend, as Claremont battles Peel Thunder on Saturday afternoon, and East Perth meets South Fremantle on Sunday.

The Tigers are riding a three-game winning streak having only gone down to ladder leader, Subiaco thus far, and will be full of confidence. On the flip-side, Peel sits seventh after three-consecutive losses and will again deal with a raft of team changes. Both sides have named extended branches, with promising Colts tall Luke Polson in line to make his League debut for the Thunder.

South Fremantle (third, 6-2) will fancy its chances against East Perth (ninth, 1-7), with both teams set to make at least one change this week. Having won consecutive games, the reigning premiers will hope to draw level with the top two, but that is pending how Claremont fares over at Revo Fitness Stadium the previous afternoon.