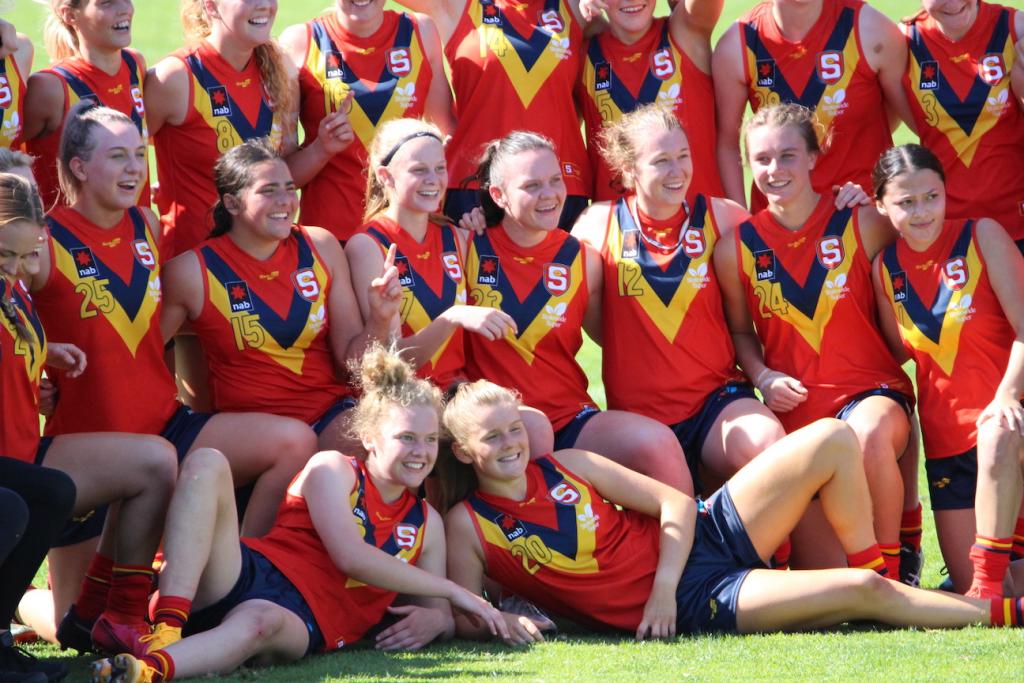 IN the conclusion of the South Australian National Football League (SANFL) Women’s finals series, Glenelg defeated West Adelaide by 23 points to take home the Bays’ inaugural women’s premiership. We took a look at the State Academy players running out for the four sides, with all notes the opinion of the individual writer.

Wrapped up a sensational season with a fitting grand final playing off half-back, providing plenty of run and clean hands throughout the contest. She was good at ground level, and whilst sometimes she would be rushed by foot, she would fire off quick handballs around the contest to keep the ball moving in transition. Defensively she was strong and never took a backwards step, working well in tandem with her other defenders. Whilst she had a quiet third term due to the ball being tup the other end, she stepped up in the final term with a couple of intercepts and driving balls down the line, or quick hands to be an impressive performer in Glenelg’s win.

Did not find a lot of the football, but used her trademark skills and long kicking to advantage. Morriss took the first kick out from defence, and put it 60m out to hit a teammate. She had a good pickup on the wing in the second term, and then rotated between pushing up to half-back when there was a high line defence, and dropping back to the last line to mop up when required. Was solid with ball-in-hand.

The acting captain on the day played the way you would expect with her attack on the ball and opposition first class. She did not have much space like many of her teammates, but she would win the contested ball and shovel it out well. When in space she used her kick to advantage to get it forward, and never gave up, wrestling the ball out of a stoppage just before the final siren despite the game being done and dusted. A real captain’s performance with her work rate and intensity.

Did not manage a touch on the day, but laid a couple of tackles. Her defensive intensity when near the footy was good with a shepherd to allow Chelsea Biddell to have a shot on the ball, then dived on the ball and laid a tackle to her opponent in the third term, despite an overall quiet outing.

Provided good run out of defence and tried to use her kicking to advantage going down the field. Did not have the space she could have to utilise all her traits, but put together a pretty solid performance. Laid a few good tackles and whilst sometimes she was out-bodied or overran it, Kustermann still was one of West’s more prominent ball winners on the day and kept fighting hard.

In many ways was symbolic of West Adelaide as a whole. Had a huge first half with good intent and was one of the Bloods’ most prominent ball winners early, before a quiet third term which followed a busy fourth quarter. As a whole Venning kept having a crack, often under pressure or rushed, but really applied fierce defensive pressure, won some free kicks and was able to get her hands free on a couple of occasions. She did drop a couple of marks she should have taken, but her second efforts were admirable, and she laid some fierce tackles all over the ground, covering the field with ease.

To no-one’s surprise, Young was never going to have it too easy, with Glenelg ensuring there was a body on her at all times around the stoppages. She was prominent in the first term, then really won a lot of it in the second half, taking some huge contested grabs and winning it in all thirds of the ground. On a number of occasions she won free kicks for being pushed out of marking contests, with the umpires very aware of her height and the opposition’s willingness to nullify her. She made a few mistakes by foot, but then her best included a pinpoint pass inside 50 to Biddell, and was an intercept machine in the defensive half of the ground up to the wing.