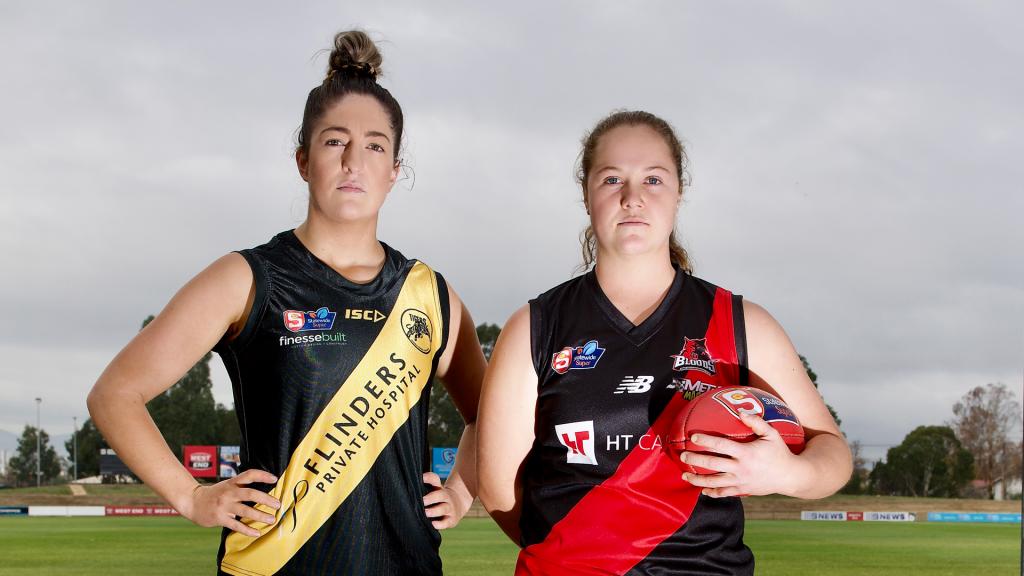 THE ultimate glory awaits one side in the 2021 South Australian National Football League (SANFL) Women’s Grand Final, with either Glenelg or West Adelaide to be crowned premiers after Saturday’s decider. The two teams ranked second and third on the table, knocking off Norwood in straight sets on their way to the final game of the season, though Glenelg comes in with a week’s break, whilst the Westies have played through after eliminating two-time premier South Adelaide in week one of the finals series. We preview the massive clash between two exciting sides in the competition, and how the game might go.

The bittersweet preliminary final win for West Adelaide was only soured by an early injury to captain Bec Owen. Unfortunately it ruled her out not only for the rest of the game, but the the grand final as well. Teenager Abbie Ballard will step up into the captaincy role as a current vice-captain, while Glenelg’s captain Ellie Kellock will lead an unchanged side which has included three additional players to its lineup on an extended bench.

Glenelg fans might not have had any fingernails left between Rounds 2 and 9, with each of the eight games decided by six points or less. They could not seem to close out many of them early, losing three of the first four and then drawing a fifth, before finding what they needed to win their last couple of games, before the return of both the AFLW talents and State Academy players saw them trounce Eagles, and set themselves up for an automatic Grand Final spot thanks to a win over Norwood in the semi-final.

West Adelaide by contrast have only had three games decided by six points or less and the only one in the first 10 rounds was the loss to Glenelg by a straight kick. Two back-to-back nail-biters against South Adelaide steeled the Bloods for a big win over Norwood last week, and earning the right to challenge Glenelg for the 2021 SANFL Women’s premiership.

It is hard to look past the experienced Adelaide Crows talent who is not only one of the best players in the competition, but one of the best in the country. She is hard to stop and remarkably Glenelg has the flexibility to throw her around the ground, also starting her forward at times, simply because of the strength of the Bays’ midfield.

The youngest player on the field and the most heralded in season 2021, the 15-year-old rising talent won the SANFL Women’s League Best and Fairest, Breakthrough Player Award and Coaches Award, as well as made the Team of the Year. Despite being two years away from being draft-eligible, Young has already proven to be a player the opposition tries to quell, with the teenager receiving the same attention from Norwood tagger Elisha Gallagher last weekend that Marinoff did the week before.

From a Glenelg perspective, Brooke Tonon has really enjoyed a promising season with the Bays, after being thrown here, there and everywhere in her debut SANFLW season last year, she has settled at half-back with some time on the wing. Her ability to move the ball in transition and make the right decisions has really caught the eye, and she earned a place in the Team of the Year for her efforts.

Teammate, Tamsyn Morriss is another defender who uses the ball well and is a member of the State Academy, whilst Tessa Kohn is a 20-year-old who continues to improve having been a late arrival to the code. If it were not for the remarkable exploits of Young, then 15-year-old Piper Window might be gaining more attention, with the teenager holding her spot to play 10 games this season, averaging 9.7 disposals, 2.6 inside 50s and 3.0 tackles in her debut year at senior level..

From a 2021 AFLW Draft perspective, Zoe Venning has done her chances no harm this season with a consistent year playing inside and then rolling out to half-forward. She is one who attacks the contest and works hard through four quarters to win plenty of the ball. Another youngster who earned Team of the Year honours, expect her to be a player who wins her fair share early in the game and provide the pressure required on the big stage.

Whilst Young is the obvious name thrust into the spotlight and deservedly so after winning the Most Valuable Player (MVP) for South Australia at the AFL Women’s Under 19 Championships and breaking the disposal record in a game (37) among her SANFL Women’s accolades, the Westies have plenty of other teenagers running around. In fact, 12 of the 24 players named were born this century, and of those in the State Academy, Keeley Kustermann is an exciting prospect to watch out for next year with her composure, poise and balance, as well as versatility across the field. Scarlett Griffiths (2003-born) and Ballard (2002-born) are others in the State Academy, whilst it is easy to forget that reliable centre half-back Sharnie Whiting is still only 20-years-old and would be more than capable to stepping up to the top level if required.

Glenelg’s strength lies in its onball group, with a ridiculous amount of midfielders that can roll off onto flanks and spread around the ground. Kohn, Kellock and Jess Bates are all prominent clearance players, with the latter two able to play off flanks at either end. Add in Marinoff and Window who can roll through there, and the team has the flexibility to throw players around. The experience and leadership from some of those more senior Bays players will ultimately be a huge boost against a younger West Adelaide outfit.

West Adelaide just has all the pieces to have a genuine crack at the flag. They have the midfield, key position players and scoring options, but it is their ability to take contested grabs – be it Young, Whiting or Chelsea Biddell – that really sets themselves apart from the other sides. They can control the airways, and will look to back themselves in running from defence to attack with good speed and movement.

Glenelg is a pretty consistent outfit, but the area where West Adelaide could get them is in the height department with so many players safe overhead. The Bays have most lines covered, but with size and safe hands of many of the Westies players, some of Bays might be playing undersized. For West Adelaide, they are young and exciting, but certainly less experienced than their opponents, and without captain Owen, the Bloods will need to play beyond their years because Glenelg will play a four-quarter consistent brand of football, so West will need to match that.

It all comes down to the midfield. The Glenelg onball group as a whole is outstanding, though you can never discount a West Adelaide side that not only features Young, but the likes of Sarah Dargan, Ballard and Venning. The Bays have more experience in there and one would expect they take out the clearances, but Kate Walsh is an experienced ruck and expect her to put up a fight against Caitlin Gould who has proven to tear teams apart be it in the ruck or down forward.

Glenelg is coming off a week off, so it will be interesting to see how that plays a part compared to the Westies running out last week, with perhaps the Bloods able to use that momentum to start off the grand final, and the fresh legs being a factor later in the game. Glenelg is the side you know what you are going to get and you know the level they will put out. West Adelaide’s youth and excitement means anything could happen, and one thing seems certain a nail-biter will ensure.