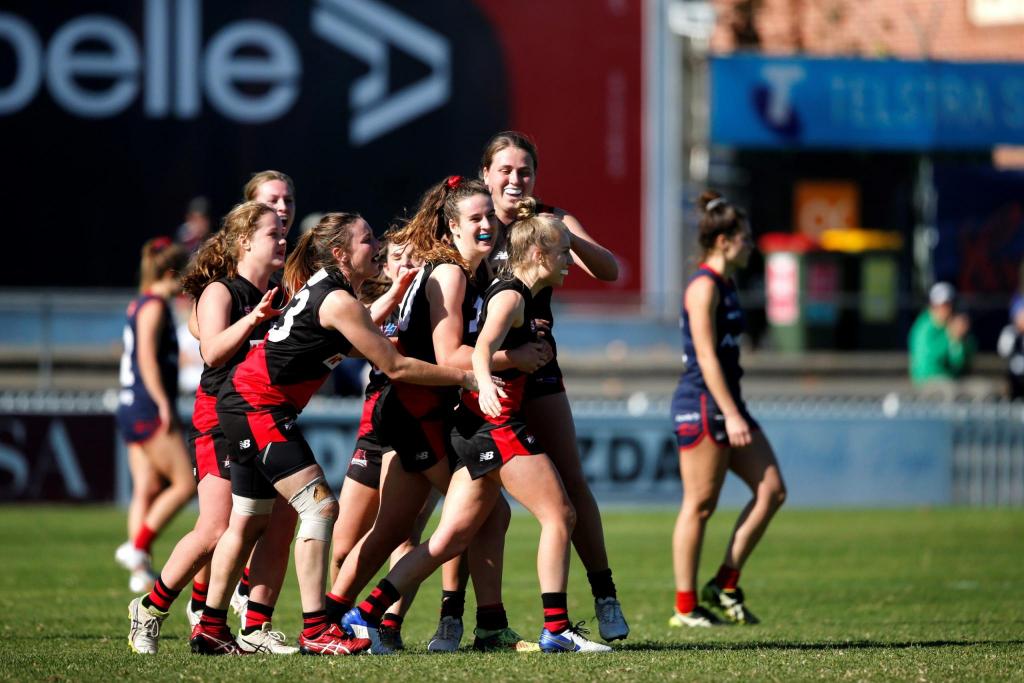 WEST Adelaide has booked its spot in the 2021 South Australian National Football League (SANFL) Women’s Grand Final following a 24-point victory over Norwood on Saturday at Coopers Stadium. The Bloods lead at every break, and secured their first grand final spot to ensure that a first-time premier will be crowned next week. In defeat, Norwood was bundled out in straight sets, which meant a sixth straight finals loss for the Redlegs.

It was the home team that looked good to atone for its semi-final loss last week, with Rosette Zerella getting a goal on the board through a clever snap, and then having a second chance to give her side a seven-point advantage in the opening six minutes. However over the next two quarters it was all West Adelaide as talls Melanie Elsegood and Chelsea Biddell slotted two majors apiece heading into half-time to give the visitors a 19-point lead.

The third term was more of an arm-wrestle but Ashlea James made it five consecutive majors for the Westies, with Erika Sporn missing Norwood’s sole scoring chance later in the term. Holding a 26-point lead and restricting Norwood to just one behind since the sixth minute of the first term, West Adelaide was in firm control. It was not until Sporn finally saluted in the last five minutes of the game that Norwood cut it back to 18 points, but it was a case of too little, too late as Louella McCarthy kicked the sealer a minute later and the Bloods booked their spot into the SANFL Women’s decider, 6.4 (40) to 2.4 (16).

West Adelaide controlled the ball with 28 more disposals (166-138) and had three more marks (22-19). Despite Norwood dominating the hitouts (40-24), the Westies midfield took control with seven more clearances (30-23). The inside 50s were fairly even with West Adelaide marginally ahead (24-22), but the Bloods also had three additional rebound 50s (20-17) in an impressive effort. Norwood’s tackling pressure remained strong with nine more than its opponents (75-66).

The loss marks the end of the season for Norwood, while West Adelaide sets its sights on Glenelg next weekend to determine the 2021 SANFL Women’s premier.