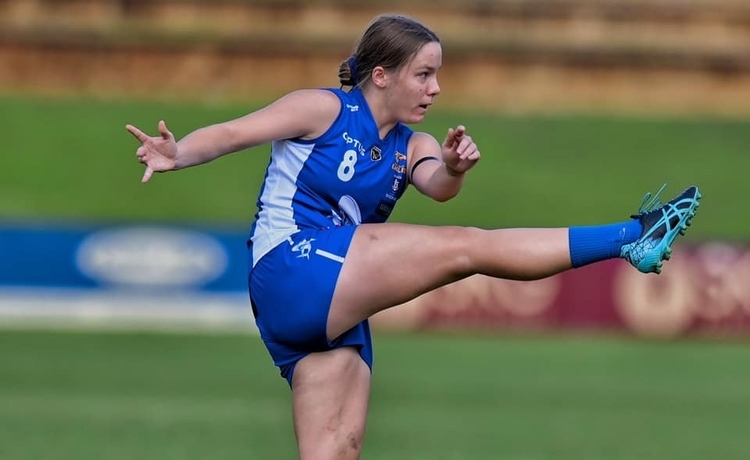 THE West Australian Football League (WAFL) Women’s returns this weekend, with plenty to unpack ahead of the Round 13 matches, so expect a massive few days of football action.

All eyes will be on Swan Districts as they attempt to keep their undefeated run going this weekend, but in their path is an East Fremantle side determined to cause a major upset and shoot into the top four. Swan Districts escaped Leederville Oval with a one-point victory against Subiaco to record their 12th win last week from as many games. Heavy is the head that wears the crown, and the pressure will be well and truly on them, but as they’ve shown so far this year, they are more than capable of handling it. Bianca Webb was fantastic through the middle and was even able to hit the scoreboard, while fellow midfielder Dana East continued her outstanding season with another classy display. This Swan Districts side have weapons all over the ground, and with Adam Dancey at the helm, they look tough to beat. East Fremantle will be quietly confident they can get the job done however, coming fresh off an upset victory over Claremont. In that match, Chloe Reilly and Madeline Ross were both able to hit the scoreboard for two goals each, so if they are any chance of causing a boilover, they’ll need a similar scoring output.

Possibly the most exciting matchup of the round will come on Saturday evening as the Peel Thunder head to Leederville Oval to take on Subiaco. Peel Thunder currently sit in second place with a 9-3 record, thanks to a four goal victory over South Fremantle at David Grays Arena last round. In that clash, Kira Phillps continued her dangerous form in front of goal, booting three majors. If Subiaco are any chance of snagging a win here, they will need to shut her down as she is the main source of scoring for this Peel Thunder side. Subiaco fell agonisingly short of an upset win over an undefeated Swan Districts side last round, but despite the loss, they still remain one of the premier threats of the competition, and could upset their opponents on Saturday. Keep an eye on Holly Hyder, who was her side’s best last week and could be just as dangerous again this round if she is given free reign around the ground.

The final match of the round will see South Fremantle continue their quest for their first win of the 2021 season as they lock horns with Claremont at Fremantle Community Bank Oval on Sunday afternoon. South Fremantle are sitting dead last on the ladder, with a 0-12 record. They are desperate for their first win, and will get the chance to cause an upset on Sunday if they can knock off Claremont. Claremont will be hungry for redemption after last week’s shock loss to East Fremantle. They will be eager to let young gun Tessa Doumanis loose in the forward line, with the classy gun vital to the side’s chances of winning.