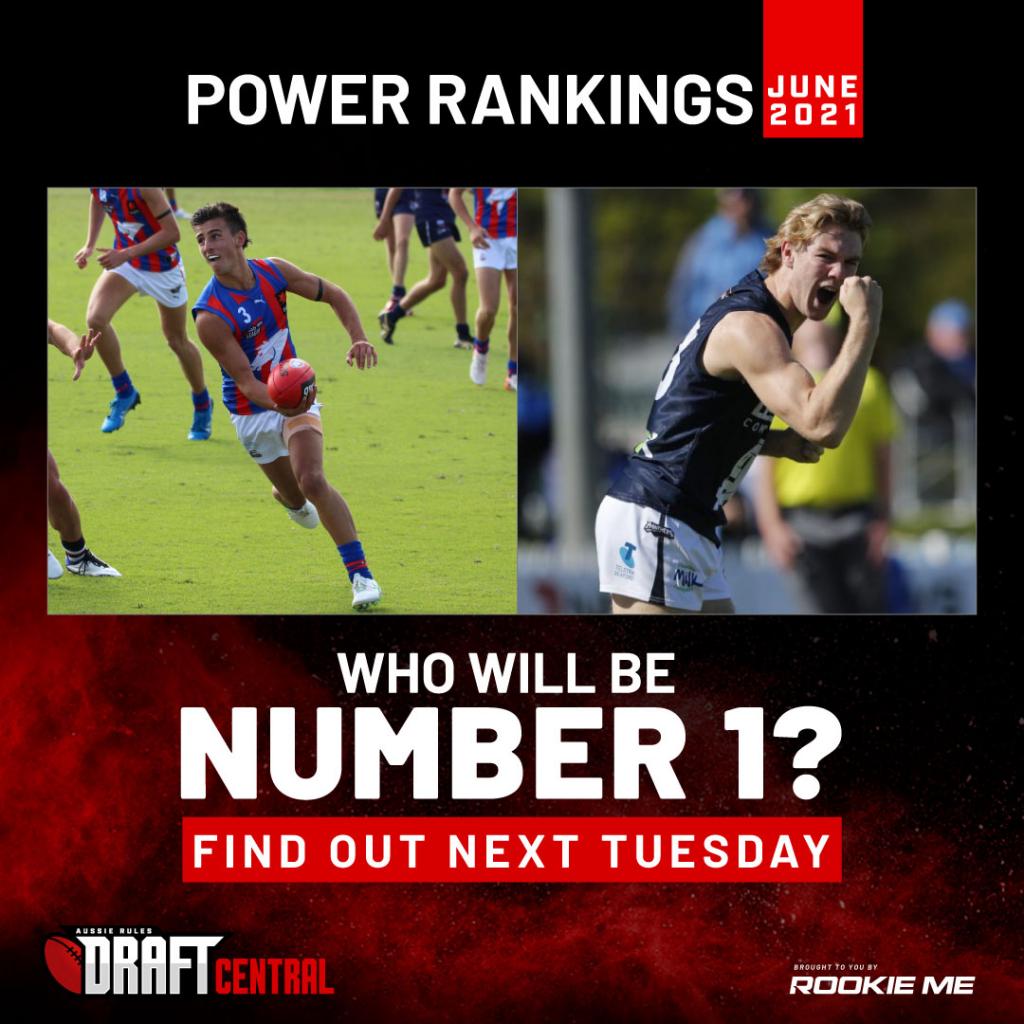 THE Draft Central Power Rankings are back in 2021, with the year’s first edition dropping on Tuesday June 1. With plenty of football already played across the country, and much more to come, we bring you our list of top 25 AFL Draft prospects based on factors such as form, current ability, and scope for the future. Here, you can find a sneak peak at some of the themes throughout the list.

At the very pointy end, it is no secret by now that the race for number one is down to two candidates. South Australian midfielder Jason Horne was the consensus number one coming into the year, having cracked the SANFL League level as a bottom-ager after dominating the Under 18s. As the Victorians returned to action in 2021, a worthy contender solidified in Nick Daicos, the Collingwood father-son prospect who has put up ridiculous numbers in the NAB League.

In a welcome change to last year’s crop, there are far less top-end talents already tied to AFL clubs. While Daicos could well yield a bid with pick one, there is only one other father-son hopeful among our top 25, and two academy products. With a handful of academy bids made within the first round last year, the talent pool promises to be a bit more open this time around.

Another contrasting element to last year’s crop is the greater amount of medium-size players at the top end, with this class dubbed a midfielder’s draft. The first true key position prospect comes in at number nine, with two in the top 10 and just six among the overall 25. There are a bunch of talls likely to be snapped up in the mid-season draft though, who may have added to that mix.

Looking at the spread across each state and territory, it is unsurprising to see Victorians make up 13 of the 25 players, including six of the top 10. That split is indicative of the overall draft pool each year, with just over half typically coming out of Victoria. Vic Metro went undefeated throughout this age-group’s Under 16 carnival back in 2019, so have plenty of representatives fulfilling their potential in this lot – even after an unforeseen year off.

Victorian football factory, Sandringham Dragons boasts three talents on our list, which all feature within the top 15. Another strong talent producer of late has been South Adelaide, who also have three prospects within this group overall. There are five South Australians included, with two making up an ultra-competitive top five.

Elsewhere, there is also a strong West Australian influence once again, with six future Black Duck representatives earning their spots in our June count. The Sandgropers also bring a distinct tall flavour to the mix, as four of the half-dozen players measure up at 193cm or above. Competition for spots in the West Australian spine will be tough this year, for sure.

There are talents emerging from the Northern Academies who are also around the mark, though the Allies are the least-represented group in our initial list. The talent pool evens out quite a bit past the top 15-20, so competition for spots will be hot and there are sure to be plenty of changes as the National Championships eventually roll on in.

Stay tuned on all our socials and right here on afl.draftcentral.com.au for all the latest AFL Draft content, including a sneak peak at the prospects to watch at this year’s mid-season draft (June 2), and of course, our first Power Rankings edition on Tuesday, June 1.

Who will be number one? Which players will squeeze into the top 10? Who will be unlucky to miss out? Get predicting, and let us know who you think should feature ahead of the big drop.