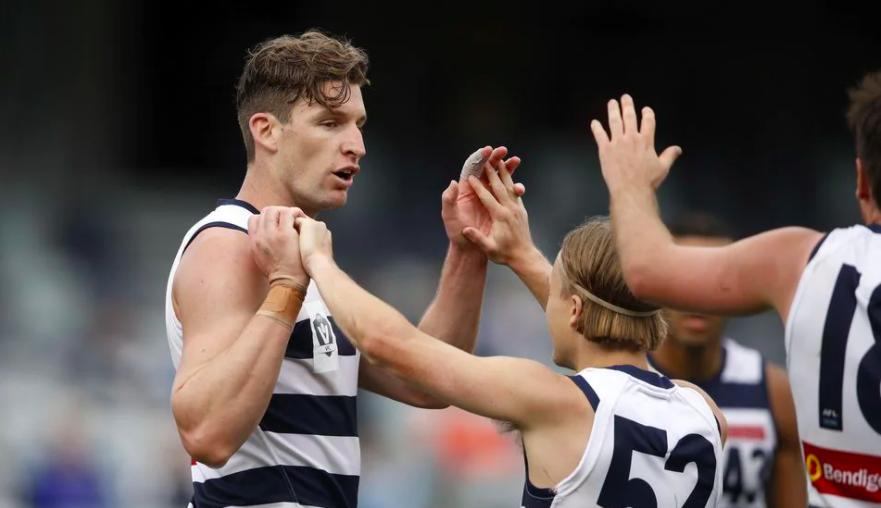 THE 2021 Victorian Football League (VFL) season rolled on into its sixth round over the weekend, with 10 fixtures spread from Thursday night to Sunday afternoon, as two sides enjoyed byes. There were a number of outstanding individual performances among the Round 6 action, as AFL-listed talent and state league guns alike topped a range of key categories. We take a look at this week’s stat leaders, as well as the season tallies to this point.

Southport’s Jacob Dawson shot back to the top of the season’s handball charts, after notching 29 among his round-high 43 disposals in the Sharks’ Coast Clash win over Gold Coast. GWS youngster James Peatling was another to find plenty of the ball, but instead opted to distribute by foot. He impressed with 29 of his 33 disposals in the Giants victory kicks, seeing him top said category this week. Teammate Kieren Briggs responded well upon returning to VFL level, winning a monster 45 hitouts in the same game.

Another AFL-listed bigman in Josh Jenkins was another to come out on top in Round 6, booting six goals to become the competition’s leading goalkicker with a total tally of 22. Meanwhile, Oscar Baker (Casey), Emerson Jeka (Box Hill), and Matthew Kennedy (Carlton) all topped the round for marks with 13 apiece as three more senior players who staked their claims for call-ups. Werribee midfielder Dominic Brew was the weekend’s other stat leader, with his 16 tackles putting him second in the overall count.

Speaking of the overall count, Frankston midfielder and mid-season draft hopeful Nathan Freeman remains the leader for disposals and kicks despite not playing in Round 6. Brisbane Lions tall Connor Ballenden remains top for marks with an average of 9.6 per game, while Coburg’s Luke Bunker narrowly heads the tackle count with 52, and North Melbourne ruck Tristan Xerri joins Southport’s Fraser Thurlow atop the hitout charts after enjoying a day out against Essendon on Saturday.

Find the full list of Round 6, and 2021 season stat leaders below.